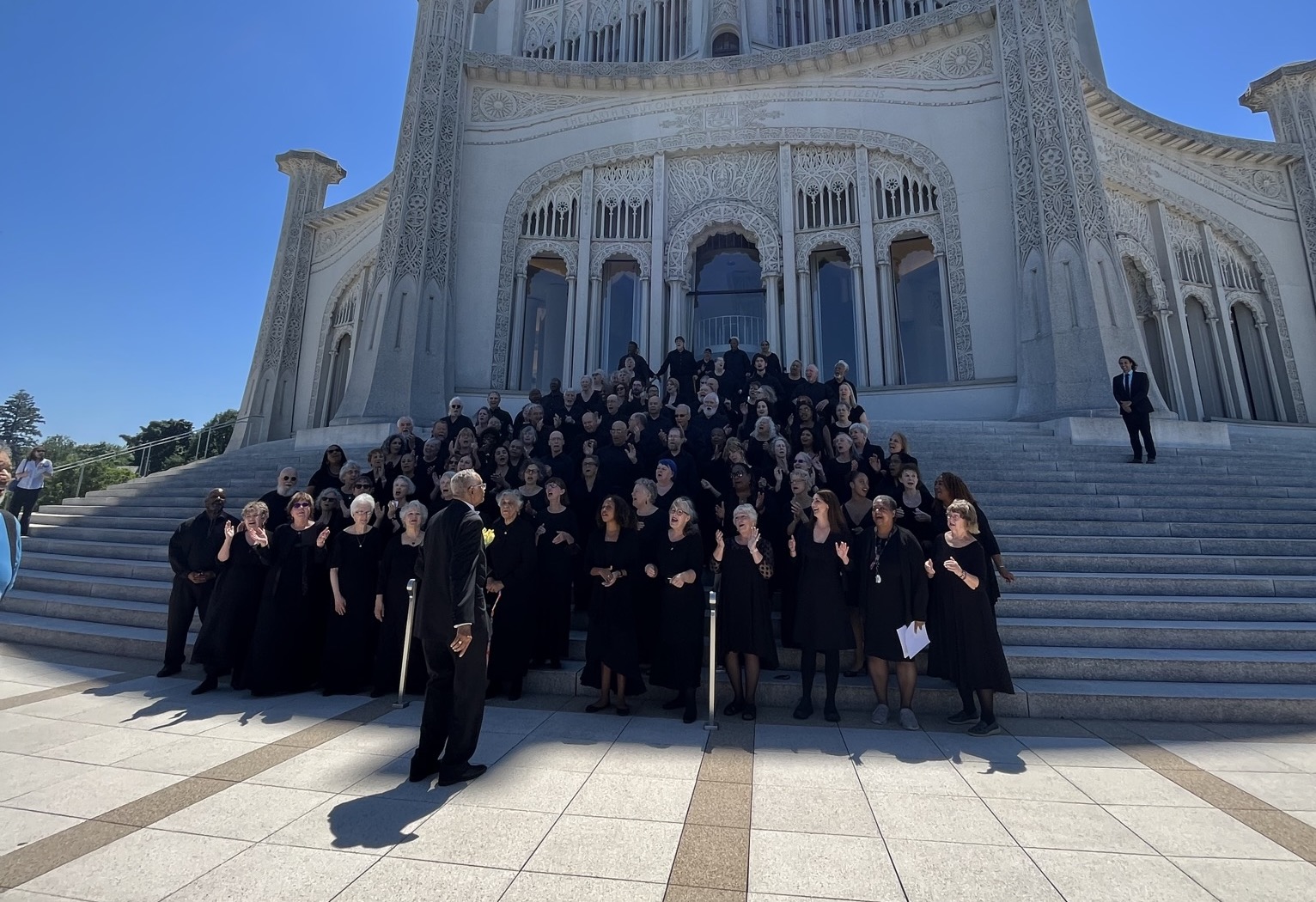 The Baha'i choir performs on the front steps of the house of worship on July 10 in Wilmette. | Photos by Kala Hunter/The Record North Shore

After a two-year COVID hiatus, the choral festival made its triumphant return to the Bahaʼi House of Worship on Sunday, July 10, in Wilmette, where participants commemorated the martyrdom of Bahaʼi faith founder, The Bab.

Jubilation and divine echoes enveloped the grand, white edifice as people of diverse religions, races, nationalities and sects reveled in celebration of the tenets of the Baha’i faith: unity, serving humanity, and world peace.

Baha’i followers, or Babis, and community members from around Chicagoland and as far away as St. Louis attended the concerts held at 9:30 a.m. and again at 1 p.m.

During the hour-long afternoon gathering, 200 choir members belted baritone and sang alto praise to form traditional hymns, folk songs and new Baha’i gospel compositions . Directed by the temple’s music director Van Gilmer, the songs exalted love, unity, trust in God and praise for their founder, and they are “offered as sacred devotional prayer,” according to the Baha’i website’s description.

More than 5,000 more people have viewed the live stream event on YouTube as of Thursday, July 14.

Any other Sunday, visitors to the awe-inspiring national treasure are invited to meditate and pray. With no lectures or clergy, members may hear only the tranquil sounds of the nine surrounding garden fountains.

“I’ve been coming here for generations. I love this place,” said visitor Peter Roy Thomas IV, who came up from Chicago with his wife, Judge Sybil Thomas, and their 87-year-old friend

There are only seven Baha’i temples in the world – one on each continent. Wilmette’s, built from 1912-1953, was the second.

Standing at the base of the welcome center steps, Marcus Montgomery, of south-suburban Calumet City, viewed the temple for the first time.

“It is extremely profound,” he said. “When people say this is made in the image of God, this is exactly what I would picture.”

Norrhannah Carleton, a follower of the Baha’i faith who is married to one of the choir singers, made the trek from St. Louis with the family’s two children.

“I feel happy for my husband who has done this every year,” Carleton said. “This is the first time we’ve come up since COVID.”

Frank Azad, an active Baha’i event volunteer, attended the event and talked about the natural peacefulness of the faith, which brings together teachings from many communities.

“Here is where the Baha’i happens,” Azad said pointing to the beautiful inside of the dome. “What makes Baha’i unique are the sacred writings from all religions including Christianity, Islam, Buddhism, Judaism and Hinduism.

He added, “The spiritual atmosphere leaves an impact on people. It is a place to accept unity and diversity. Unity can happen, it’s not a mirage.” 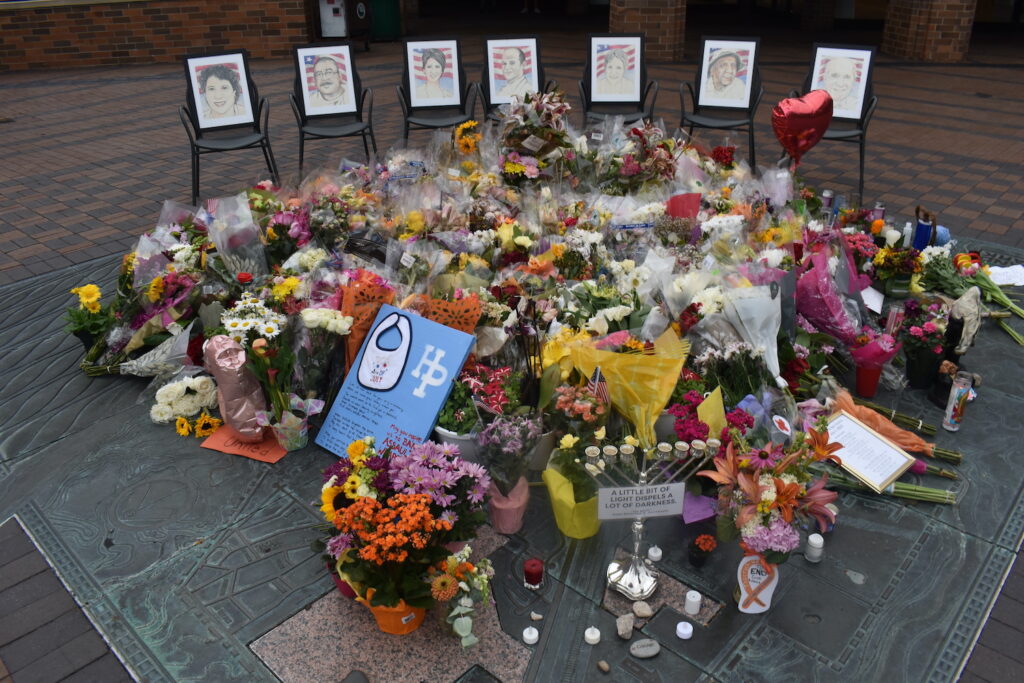 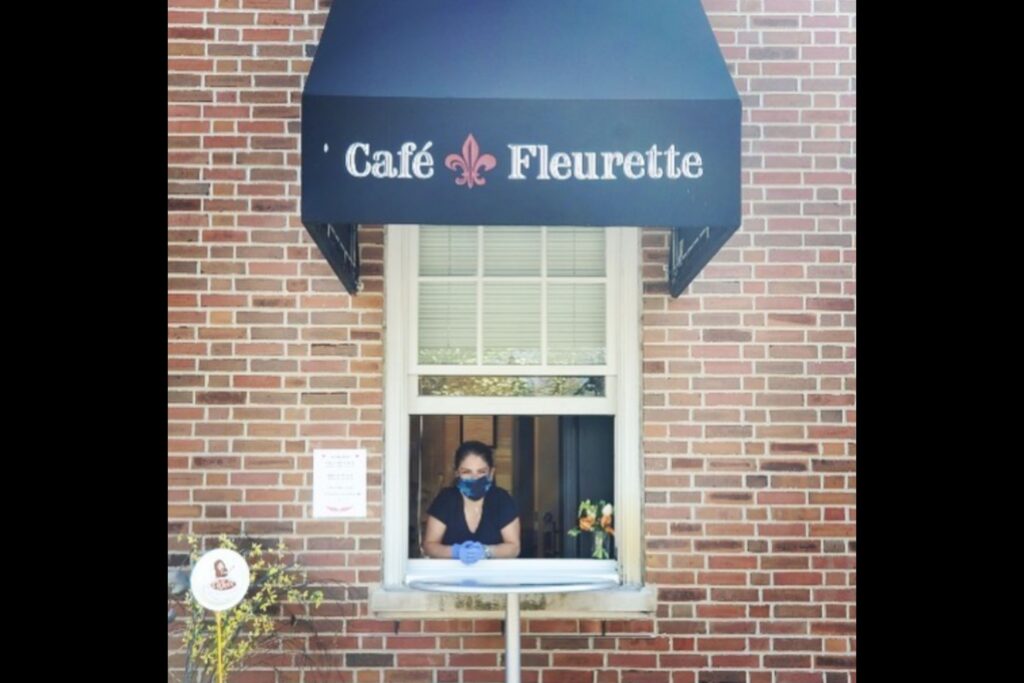 The French bakery’s final day will be on Saturday, July 30, when customers can bid adieu from 7-11 a.m. at the…