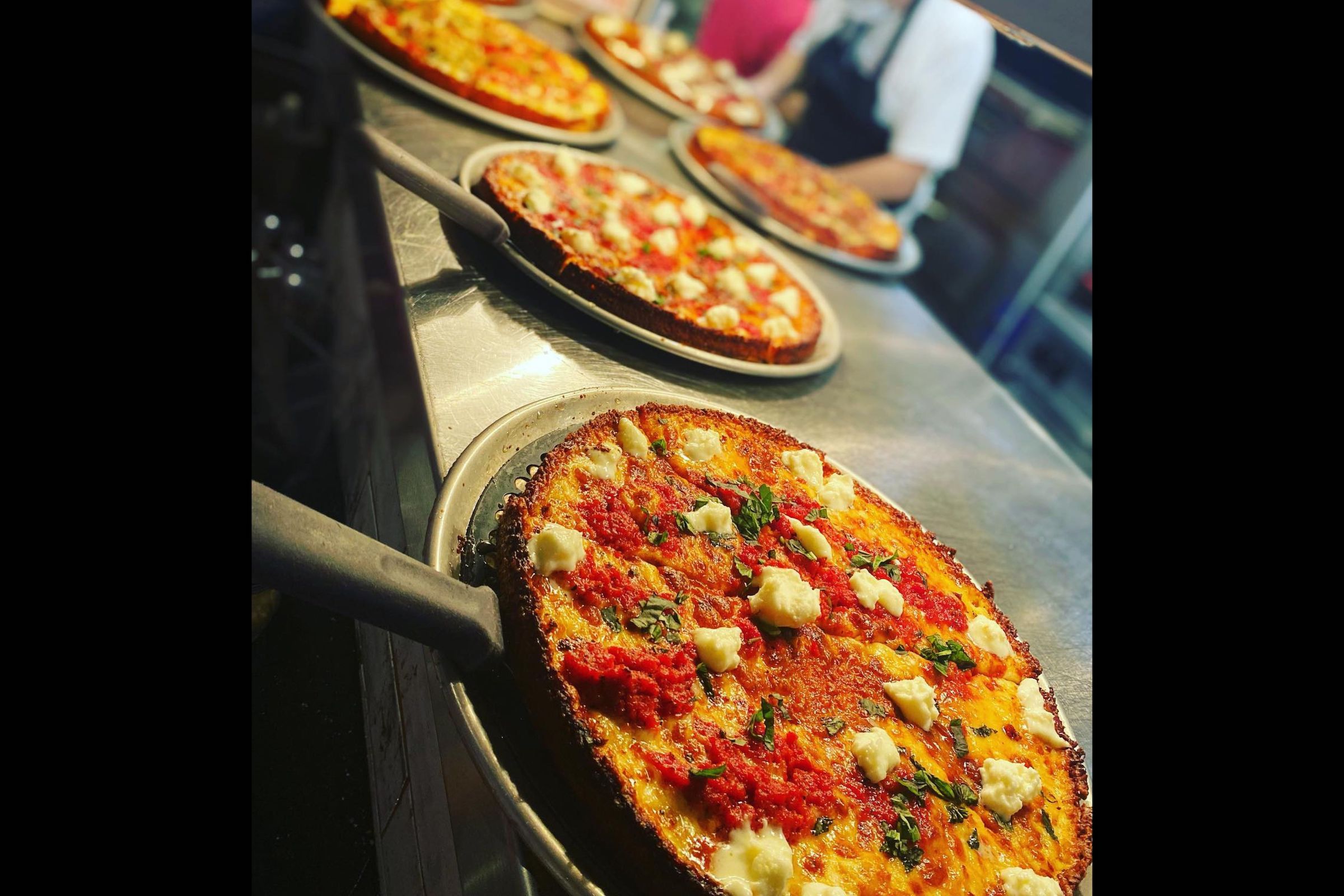 Poppy’s Social is leaving Glencoe less than a year after arriving.

The Glencoe restaurant’s owner Pete Kadens announced in a social media post that the restaurant’s ambitious business model did not work and its final day would be Sunday, June 26.

“Unfortunately the financial model didn’t work,” he wrote. “As the weather got nicer in these last few weeks and the financial results didn’t improve I made the decision that I could not ever create equity value for my employees under this construct.”

Kadens, of Glencoe, is a well-known Chicagoland entrepreneur who retired from business in 2018. A prolific philanthropist, Kadens is chairman of the Kadens Family Foundation. According to the Poppy’s Social website, owning a neighborhood pizza spot was Kadens’ childhood dream.

He set out to create a neighborhood hub that “is focused on remembering the damage done to our urban corridors over the last 40 years and employing folks from those disinvested communities to help them and their communities resurrect their lives through a hand up and a real opportunity,” he wrote in a 2021 email.

The restaurant was named for CNN reporter Poppy Harlow, who Kadens called a “good friend,” and it debuted in September 2021 at 668 Vernon Ave.

In an email in 2021, Kadens said the restaurant would offer wages that would be “among the highest of any more casual restaurant in Chicago metro.”

The initial plan for Poppy’s included an 80-plus-seat patio that would in the warmer months host live music acts. The idea was met with ire from neighbors, who expressed concern over noise and other possible side effects.

After a moderately contentious public process, restaurant ownership scaled back its initial proposal on the entertainment side.

Kadens wrote in the LinkedIn post the downsized vision for Poppy’s Social may have contributed to its failure.

“There are lots of things to blame (including some extremely challenging neighbors who made my business model even harder to execute on) but in the end this is my fault, and this is my failing,” he wrote.

The stylish and casual eatery offered pizza, salads and more, including a full bar with speciality drinks.

An answering machine message at the restaurant said the restaurant will be open Friday-Sunday, June 24-26, and will serve on a first-come-first-serve basis.

Kadens did not immediately return a message from The Record. In his LinkedIn post, Kadens said his team will bring a “viable restaurant concept back to Glencoe” and indicated it would occupy the same space on Vernon Avenue.