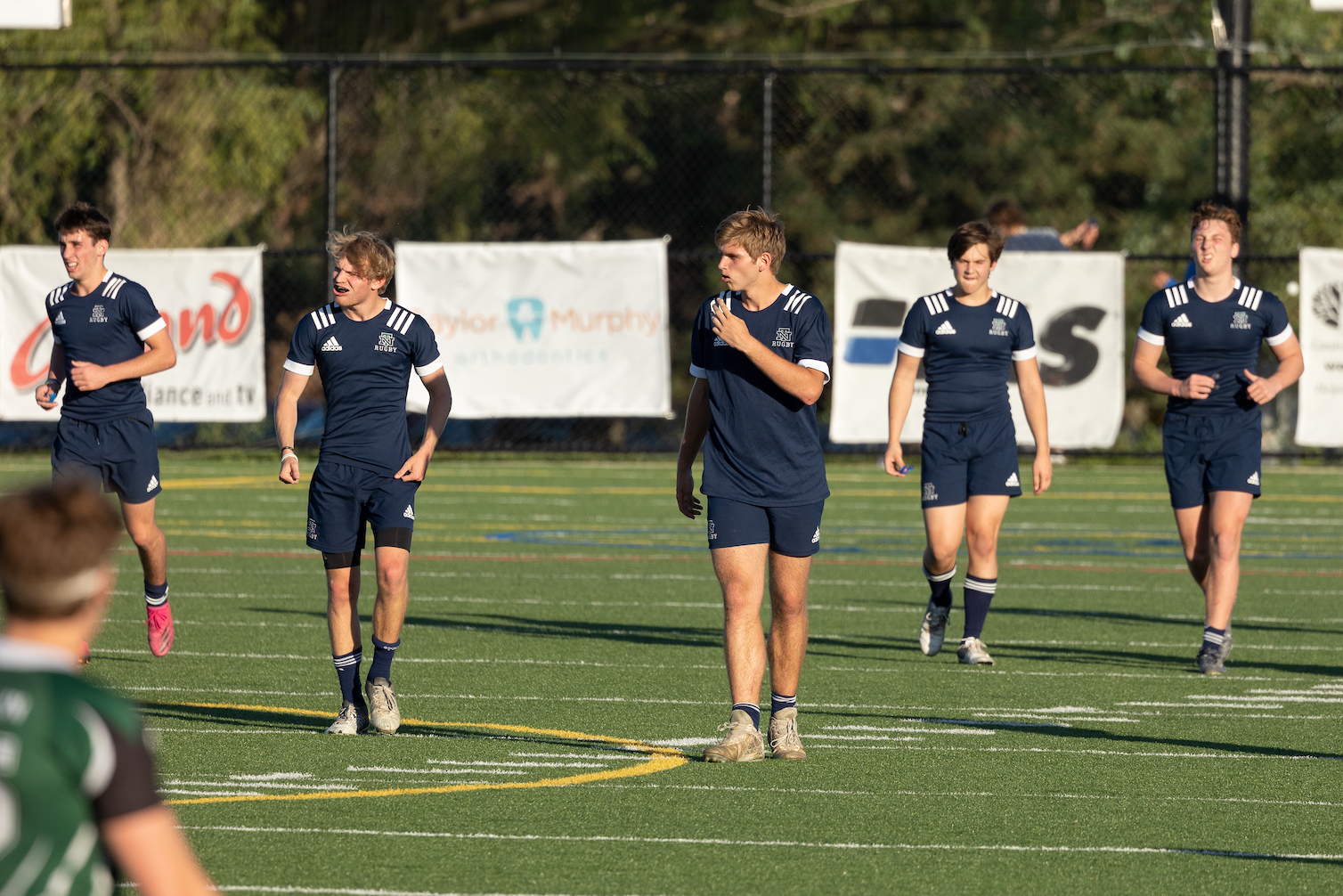 Coach Phil Olson liked his team’s chances in a free-for-all wrestling match. Unfortunately for Olson and his crew, the game was not wrestling.

Glenbard West’s rugby experience was enough to handle New Trier Rugby Club’s athleticism by a score of 45-17 in the unofficial state championship game on June 3 in Glen Ellyn.

“We have a lot of great athletes, but you can never substitute knowledge,” Olson said. ” … The team that beat us are all experienced rugby players. If it was 15-on-15 wrestling, I would have liked our chances.”

New Trier’s athleticism, however, got the team all the way to the state title game, as it bested every other team on its schedule outside of Glenbard West, also losing to the west-suburban team in the regular season.

New Trier took down teams like Fenwick (17-12), Mount Carmel (53-5) and Morton (38-5) in the regular season and then Brother Rice and Marist in the postseason to advance to the season finale.

Prior to the pandemic, Olson said, more than 80 players — enough for three teams — participated with the club. But after some time off, the program’s numbers dwindled and it relied on a handful of returning players to recruit guys like Jack Cummings, state-champion wrestler and All-Conference running back for the Trevians. Other New Trier seniors were Jaden Buettner, Noam Gomez, Leo Cavalier and Julian Mazzier.

Rising senior Caden Minogue was one of the recent additions to the rugby lineup. Minogue is an offensive lineman for New Trier football and wanted to stay active in the spring — plus, he heard he got to run the ball.

“I wanted to try a new sport and rugby was the perfect fit,” he said.

With all the new talent, New Trier often ran into trouble on the pitch, committing many infractions as they learned the game, Minogue said, but they learned along the way.

But the team’s defense was not to be trifled with. Featuring numerous football players and other athletes, New Trier stopped many of their opponents in their tracks.

“Our defense was amazing,” Minogue said. “We had like 10 goal-line stops during the season when the teams were within the 5-meter zone. We were just a tough team that was hard to get by.”

Olson is a native of Argentina where he grew up playing rugby. He moved to the Chicago area in the early 2000s and played for the Chicago Lions, a 60-year-old program out of the city. Olson quickly got involved with New Trier rugby and was named the club’s head coach about five years ago.

He said be brings a philosophy of playing the game the way it is meant to be played: to win and to respect the game, including the opponent and the officials, in the process.

“At first, let’s win, it’s a sport and the kids want to play and we want to win,” Olson said, “but it’s about teaching the sport. It’s far beyond the game. … In rugby, after you tackle a guy, you pick him up. After the game, there’s the handshake line, the coaches talk and then you have a meal together. … All of that is so healthy for the kids.”

Olson is confident the club’s numbers will grow in the coming years, especially with the emergence of a North Shore youth rugby club. The North Shore Rhinos — who are led by Thys Wallace, an assistant coach with New Trier Rugby Club — run tackle and touch rugby programs from April to June.