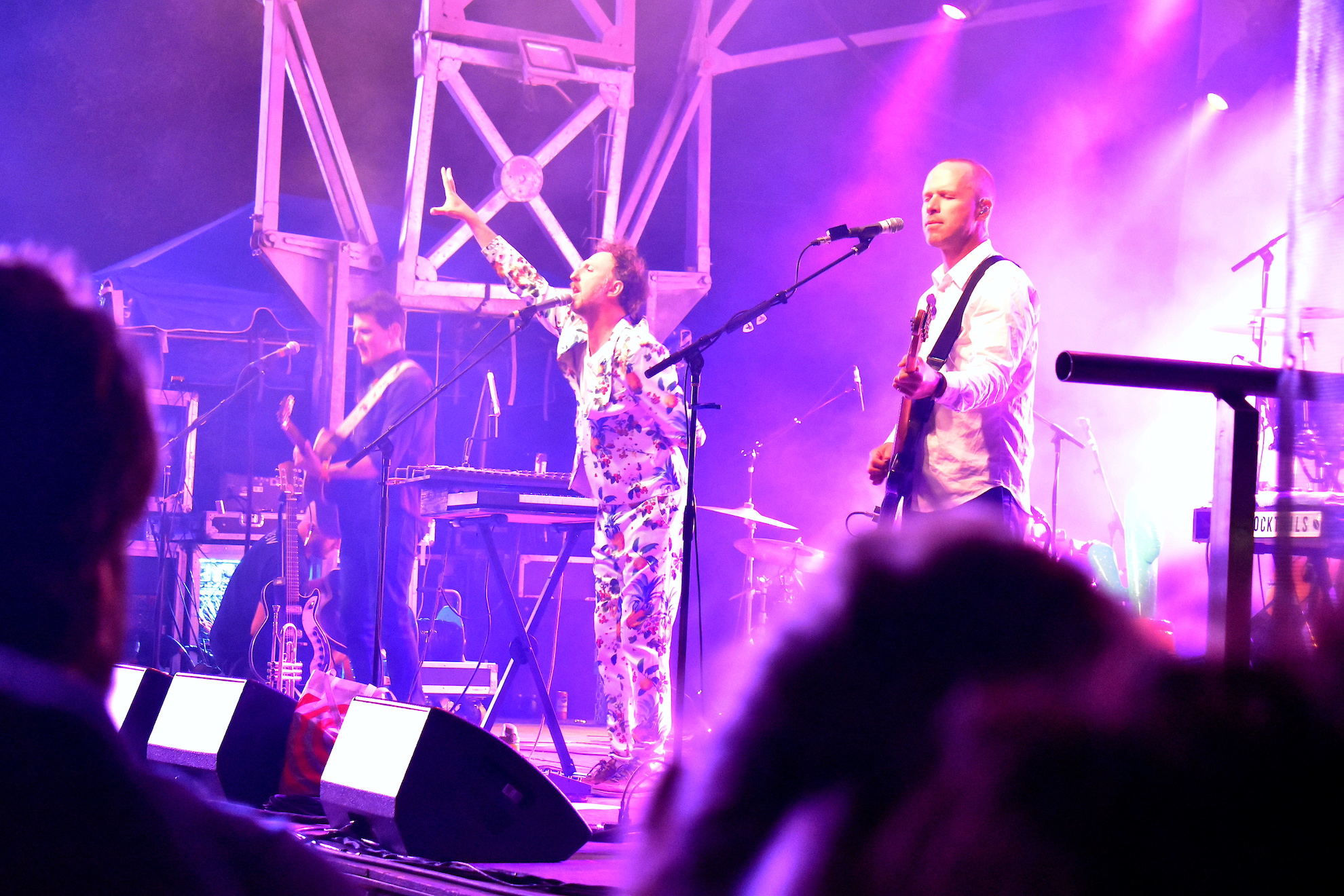 Thousands felt Winnetka’s embrace on Saturday night, even the stars on the main stage.

“We had a very fancy day in the Winnetka bosom,” smiled Ryan Miller, frontman for the band Guster, who headlined the Winnetka Music Festival in downtown Winnetka June 18.

Miller’s phrasing stemmed from a conversation he said he had with his father, who grew up in Skokie and reportedly used the term “fancy” to describe Winnetka to his son.

The comment received hearty laughter throughout the capacity crowd that had flocked to the lead stage in the heart of downtown Winnetka.

Guster topped a main-stage lineup that also included The Record Company, Melt, Phillip Michael Scales and more than a dozen other artists and acts for the daylong festival that began at 11 a.m.

“Looking at all the smiling faces it went great,” said Scott Myers, one of the leading organizer’s of the annual fest, just before Guster performed. “It’s amazing — with the number of volunteers and the hard work they put in, you really wonder if it’s all going to come together, and then you see it and it’s just great. The community comes out and has a good time.”

The festival sold out its 4,800 tickets, and Myers said with special guests, more than 5,000 people came through the event.

Acts were spread out on stages along Lincoln Avenue, where about 15 local food and drink vendors also set up. A street stage featured soloists, while the Dad Stage welcomed dad bands. Area acts played the Local Stage, and more recognizable talent played the Chapel Stage and main stage.

While the music is the hook, Myers said it’s not the only reason the event sells out.

“The thing about this festival is people will listen to the music but then they are just as happy out in the street, talking to their friends, drinking beer, eating food,” he said. “It’s the hardcore music people and it’s people who just want to hang with their neighbors.

“It’s just been a great combination I think of a top regional music festival and a nice community event.”

Winnetka resident Val Haller founded the Winnetka Music Festival in 2017, and it has grown in popularity with a focus on local talent and community pride.

The event traditionally spans two days, but Haller previously told The Record that with the major acts — Guster and The Record Company are two of the biggest names in the festival’s history — one day was more appropriate this year.

Guster, originally from Boston, has released eight studio albums since their debut in the mid-1990s and is known for a variety of hits, including “Happier,” “Fa Fa,” “Amsterdam” and “Satellite.”

David and Tammy Hirsch saw them play last summer at Summerfest in Milwaukee and made the drive from Wheaton, along with their three teen-aged children, to enjoy the show.

“We love live music and this would be kind of a cool, fun, Father’s Day venue,” Tammy Hirsch said. “I’m impressed with the venue in that it’s so … comfortable. … This is a high-caliber event.