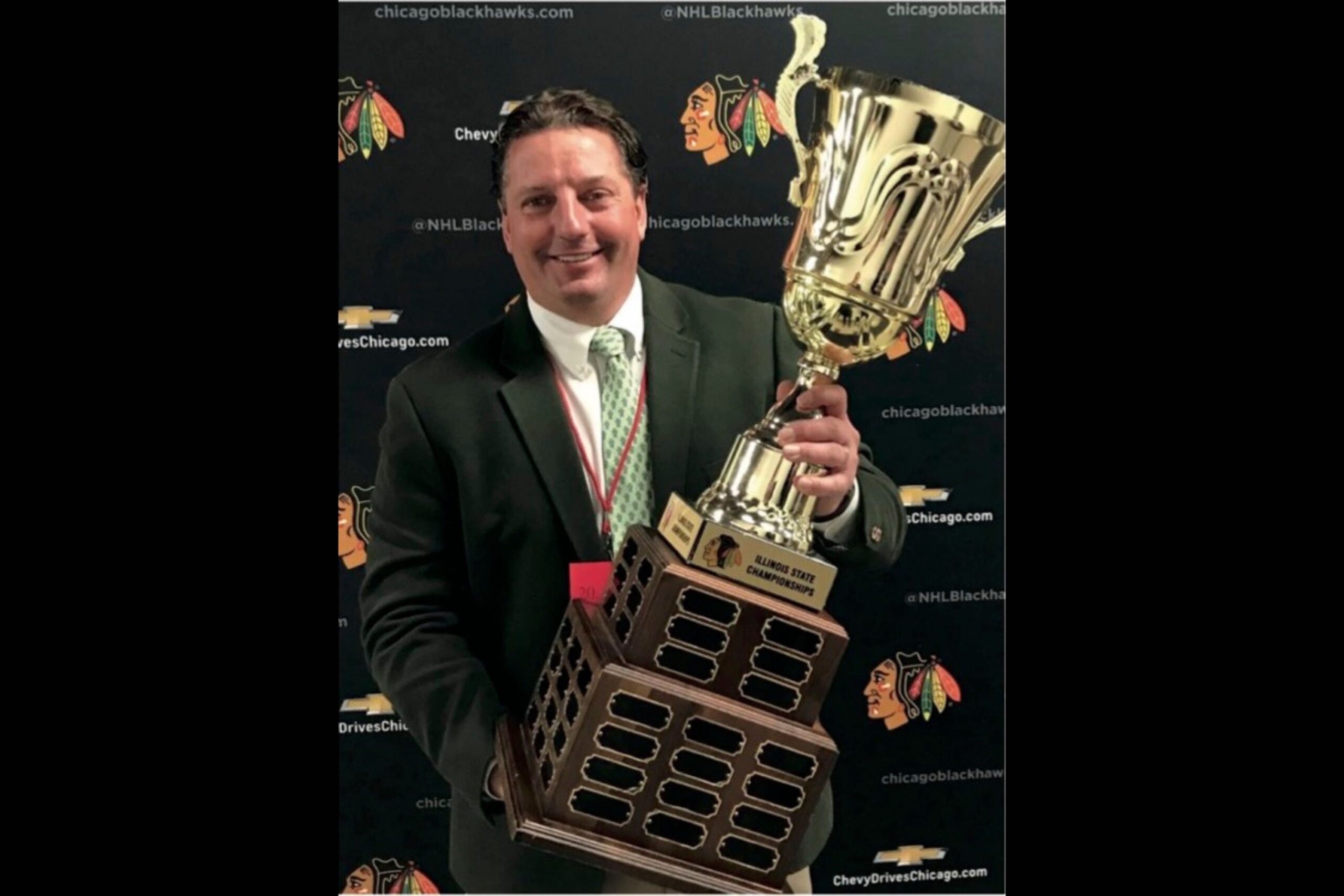 Bob Melton, who led New Trier Hockey for 25 years, is no longer with the club.

For the first time this century, a new face will soon lead New Trier Hockey.

The preps hockey club recently cut ties with Bob Melton, who for the past 25 years was the program’s hockey director and head coach of its premier team, New Trier Green.

It is unclear what led to the change. Members of the New Trier Hockey Board of Directors did not return multiple messages from The Record. Melton said his contract was not renewed at season’s end, but declined to provide any further details.

Melton led the the club to 14 state championships, including four with New Trier Green since 2016 — the latest coming with a 1-0 victory over his alma mater Glenbrook North in 2021. He has won state coach-of-the-year awards in 2000 and 2009. This past season, New Trier Green was the No. 1 seed in the state playoffs before falling in a four-overtime, semifinal thriller.

“Overall it was a huge part of my life,” said Melton, a Glenview resident, of New Trier Hockey. “I met many wonderful people and players that I still keep in contact with. Those will always be fond memories.”

New Trier Hockey posted on its webpage that it is searching for a new director.

“Thank you all for your patience as we continue our search for the next New Trier Hockey Director,” it says on the website. “Our committee has been diligently working through interviews. We anticipate an announcement at the end of (June).”

Coach Chad Bidwill, a New Trier Hockey alumnus who began coaching with the club in 2011, is also no longer with the program. Bidwill was an assistant coach with New Trier Green and head coach of White.

Melton is an Illinois hockey hall of famer from his playing days with Glenbrook North. He went on to play in the United States Hockey League, where he was part of two national-championship teams, and the University of Illinois at Chicago. Melton first coached with the Winnetka Hockey Club prior to becoming director of New Trier Hockey in 1996. He was also the director of the Wilmette Hockey Association from 2002-2011.

In May, Melton accepted a similar position with Highland Park Giants Hockey, a smaller program serving Highland Park High Students with about 40 participants, Melton said. He began as the club’s new hockey director and head coach on June 1.

“I’m excited to get going to see what we can do to improve their club,” he said.

“We are thrilled to have coach Melton, with his impressive coaching accomplishments and resume, take over the Giants Hockey program,” said Mike Schaffer, Highland Park Hockey board president, in a statement. “We look forward to coach Melton helping teach our boys, both on and off the ice, how to be responsible and accountable hard working young men. This hiring along with the addition of a new locker room for our program reaffirms our community’s commitment to Highland Park Giants Hockey.”