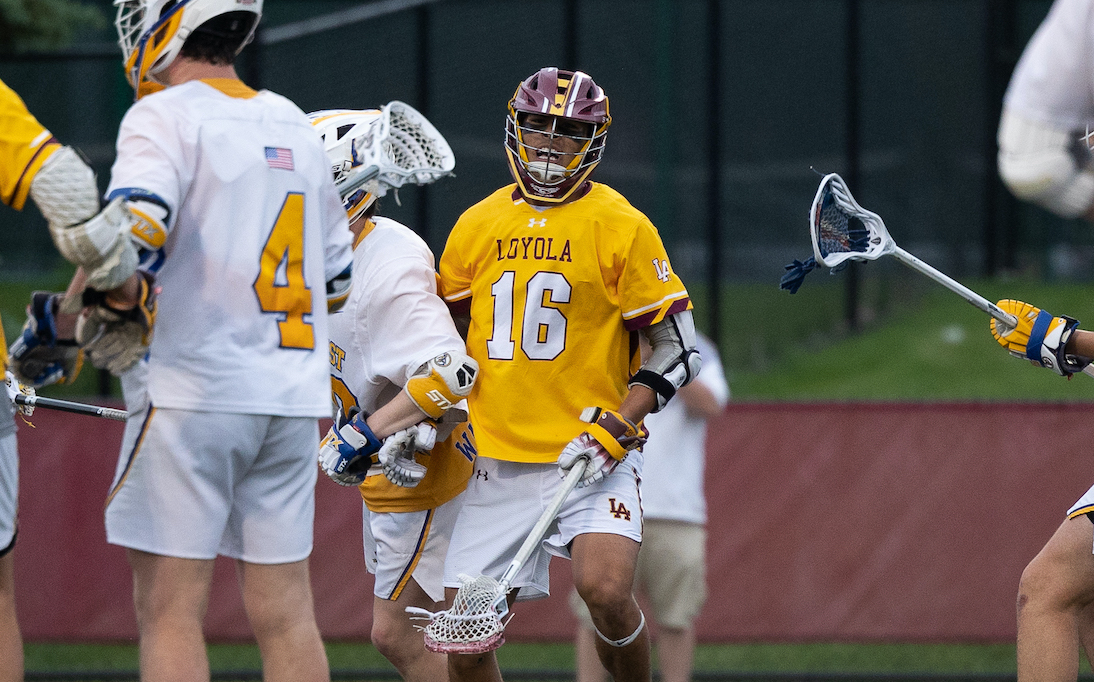 A recent graduate, Will Maheras was an All-State attack for the Ramblers. Maheras, from Chicago’s Bucktown community, will play for the University of Notre Dame next year.

If it’s an away game, I always have my parents drive me so I can take a nice little nap. Otherwise, I just listen to music with my guys. Maybe fix up my stick. Nothing too crazy.

2. Why is Notre Dame the right fit for you?

I’ve loved Notre Dame since I was little. I grew up watching them, went to football games. My uncle went there. When they gave me an offer, it was very hard to pass up. I was very excited to get the offer.

Where I’m at right now (Hilton Head Island, South Carolina) is pretty sweet. I love the beach, love the lake. I love water sports. An ideal day for me is being on a boat. Oh yea, and I have a little dog (Niko, little poodle) that I spend all my time with.

I played a lot of sports in grade school. I was big into gymnastics. But any other sport would be basketball, but I had to go with football — Loyola being the school it is. And I am very happy with that decision.

5. What is your favorite TV show right now?

It is sort of an on-and-off thing. I love “Peaky Blinders.” They have a new season out right now. I gotta watch, but it’s a great show.

6. If you could travel anywhere, where would it be?

It would definitely be Greece. I am part Greek. My grandpa has gone there a lot and it would be awesome to see.

7. What is your favorite sports moment?

It’s gotta be this most recent state championship win. But also the Brother Rice win (lacrosse). It was a triple overtime win. We had just lost a player and a kid that was sick all week (Kevin Baltazar)scored — stuck it in the third overtime.

It’s gotta be something in the ice cream aisle — ice cream sandwich, anything. But nothing vanilla … anything but boring vanilla.

When I was younger, I was very into gymnastics. I won state twice, at age 7 or around there.

10. How would you summarize Loyola Academy lacrosse?

It means so much to me. This last season, we had so many injuries, sicknesses, all of the above. Our coaches just focused on rallying and adapting through it. And in the state playoffs our defense … I think they let up seven goals as the most. Teams weren’t really respecting all of our guys. Coach (Rob) Snyder told us everyone was focusing on the guys who weren’t playing, but that’s what led guys to coming in and stepping up for us. Also, we’re not a selfish team. We have so many different playmakers. If one guy goes down, another one can step up.