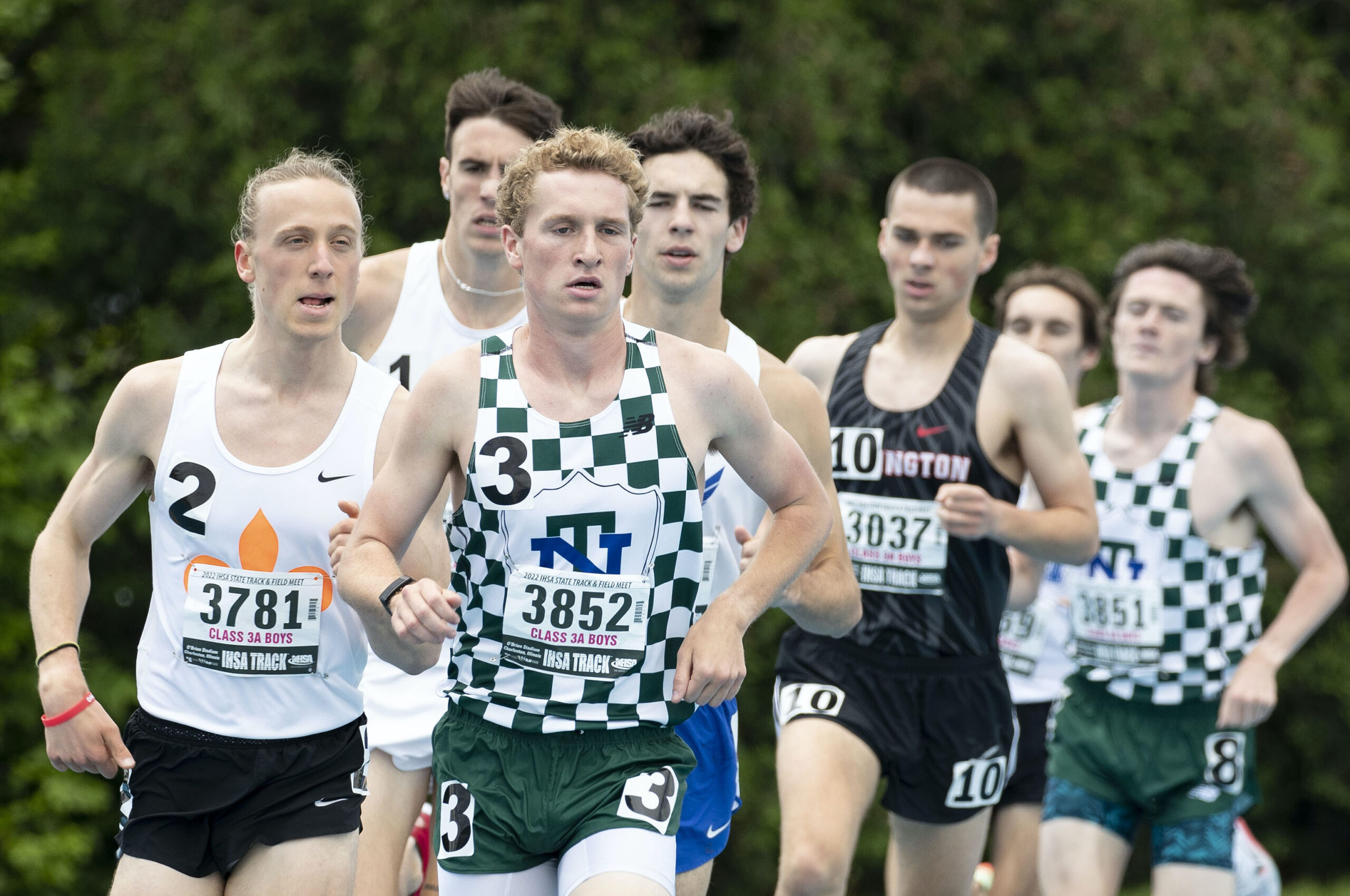 No one can say New Trier distance runner Nick Falk didn’t put in the work. But did he put in too much?
The recent graduate thinks so.

“In the past few weeks of training, I think I didn’t let off the gas enough,” Falk said. “At this level, minor physical changes can have you not at your best. I was a little physically off and I think I was a bit too heavy on the training load.”

While a “little disappointed,” Falk said he was grateful for an “amazing” final season as a Trevian, as he wrapped up one of the finest distance careers in New Trier history.

“It’s been amazing — the most amazing experience in my life,” Falk said about running for New Trier. “I’ve had amazing coaches. Particularly coach (Matt) Sloan. I don’t think any coach regardless of sport cares about his sport as much as he does.

“On the team, the team is just so awesome. I would not be the same runner I am if I didn’t have so much fun going to practice every day. It was something I always looked forward to.”

Right behind him for most of the four years, and at the state championships, was fellow Trevians senior George Cahill, who placed eighth in the 3,200, crossing at 9:12.91 for an All-State finish.

“I used to race against (Cahill) in middle school and seventh grade and we have been training partners ever since,” Falk said. “It’s a really good training relationship. I’ve had great teammates my whole career, but George has been one in my grade so …it’s been cool to share success with each other.”

In a few weeks, Falk will begin training for competition as a member of the Duke University running unit. Cahill will run for Amherst.

Though he is now a graduate, Falk is not quite done with New Trier.

One record remains that he wants to give one more shot: the outdoor mile (4:09.95 — Leland Later, 2012). He will give it a run at the Nike Outdoor Nationals from Thursday-Sunday, June 16-19, at the University of Oregon.