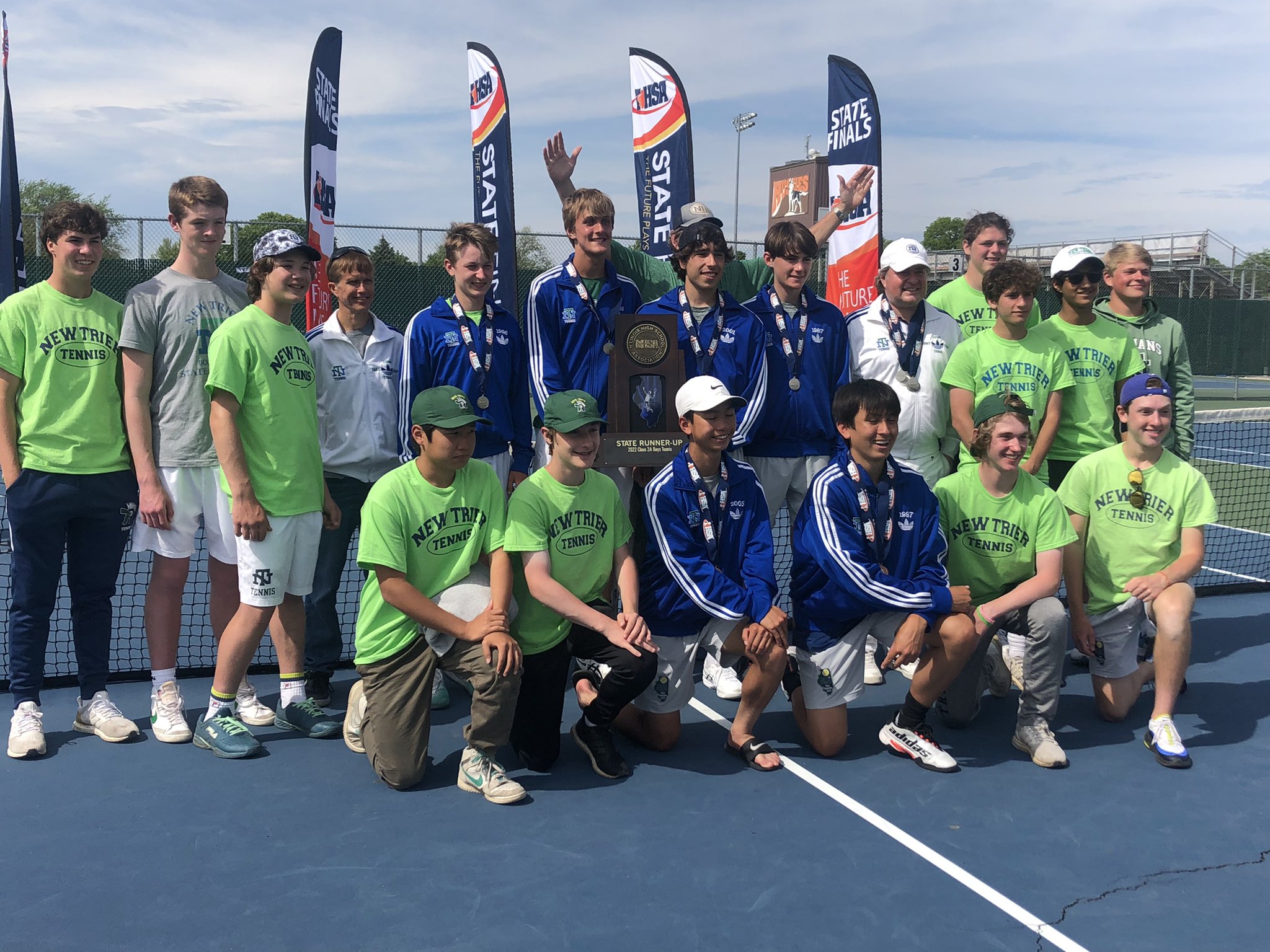 The above sentence could have been written in ink well before the state championships Thursday-Saturday, May 28-30.

The Red Devils’ prodigious lineup this season was well-known to other programs throughout the state, including reigning champion New Trier.

In that context, a second-place trophy was the top prize available, and Trevs coach Tad Eckert and company accomplished their mission to claim it.

“Some second places feel like a win and this felt like a win for sure,” Eckert said. “Hinsdale Central was just the prohibitive favorite. … There were a handful of teams (going for second) and we were fortunate to come out on tip. I think it’s just a testament to our kids working hard all season.”

New Trier was led on the doubles side, where it collected 19 of their 27 team points. Hinsdale Central finished with 49 points from first- and second-place finishes in singles and second- and third-place results in doubles.

Will Feeley and Jack Rivkin won their first four matches to advance to the semifinals before losing back-to-back matches to doubles teams from Hinsdale Central. The duo finished in fourth place.

Eckert said the team’s mantra all season was improvement and his team “ended up playing our best tennis in the state tournament.”

Stan Okesson was the Trevs second singles player and finished 3-2 on the weekend.

The state trophy is New Trier’s eighth straight and fourth second-place finish in the past five seasons. The Trevians finished third in 2014 and ‘15 and won state championships in 2016 and 2021.

New Trier was left with just one state qualifier, Plunkett, from last year’s championship group, but Eckert said he made sure to keep the pressure on the Trevians.

“I tried not to lower the expectations this season even though we had a lot of new faces,” he said. “ … I held them to the same high standards and their goals were reflective of mine, which was to get a trophy at the state tournament.”