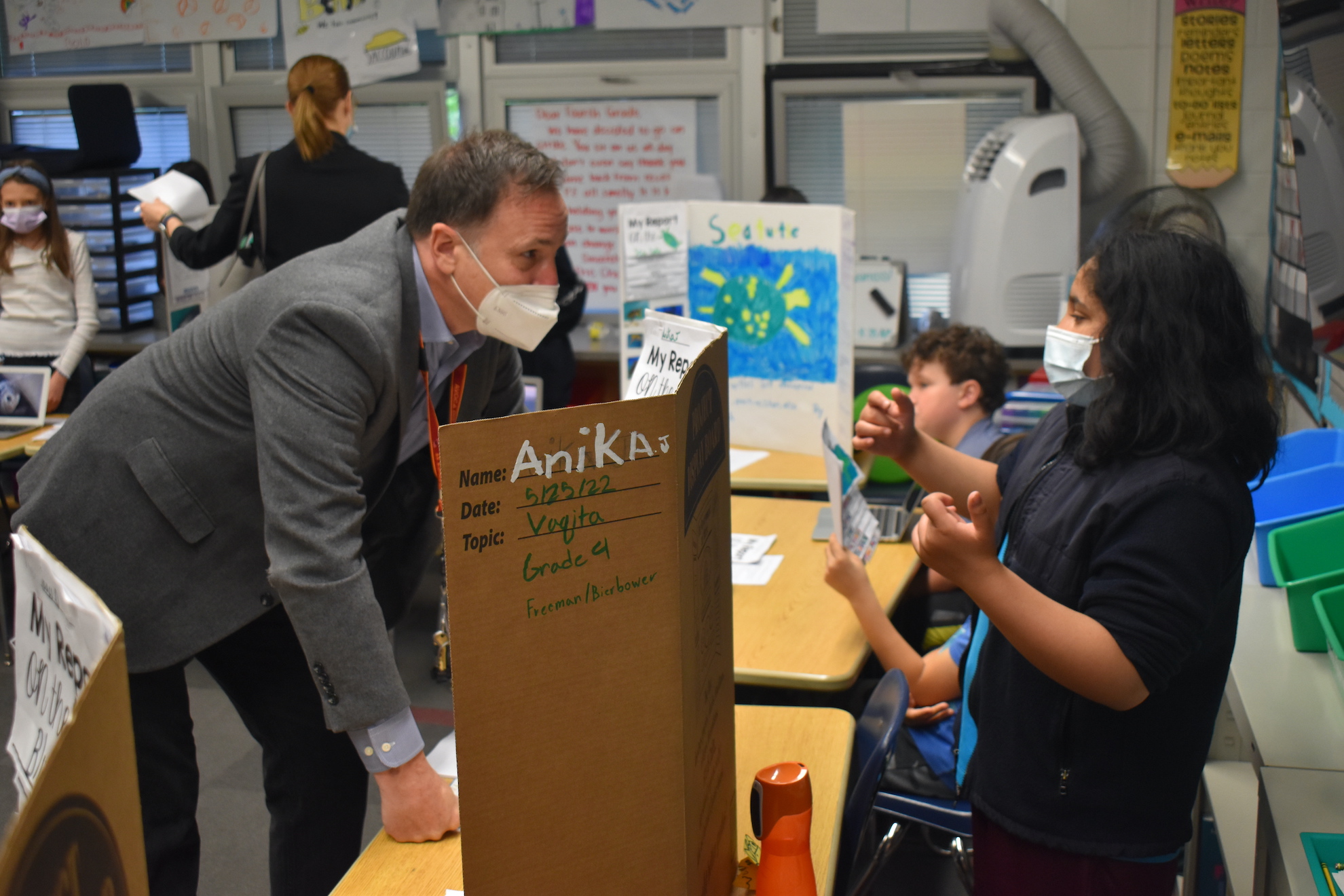 Recent work by Avoca West Elementary School students caught the attention of state and federal legislators, and the students got to show it off on Wednesday, May 25.

The school hosted the Global Change Exhibition Wednesday, May 25, when fourth-graders presented their action plans to combat significant issues — such as hunger, climate change and animal endangerment — facing society today.

In addition, 17 of the students developed proposals to solve for climate-based problems, like flooding and invasive species, and sent them to the Illinois General Assembly.

For the first time since the onset of the COVID-19 pandemic in early 2020, school parents were also invited to visit the school and enjoy the students’ work.

The fourth-graders could research a topic in one of four categories: life on land, life below water, good health and wellbeing, or climate action. The projects were based on the United Nations Sustainability Development Goals, according to Janis Michael, an Avoca West teacher.

The presentations were on display throughout four rooms at the school on Wednesday, and the students answered questions and explained their projects to guests.

Safiya Pathan chose to explore the future of vaquitas, an endangered porpoise in the dolphin family. She said she did not know about vaquitas, but once she found out she wanted to help save the species, only 10 of which may be left in existence.

Olivia Ayodele presented about food insecurity and said that in Nigeria, where her family is from, access to nutrition is a widespread concern. In fact, food shortages are a problem for millions of Nigerians, according to the World Food Programme. Olivia even interviewed staff members of the Wilmette Park District about local food pantries and social programs that combat food insecurity.

Jonah Grant learned about children across the country who have limited access to youth athletics. He said all children should be able to play sports if they want to and thinks more fundraisers and charities should support the issue.

“This is a wonderful event. These kids are going to save the world with these ideas,” Fine said.