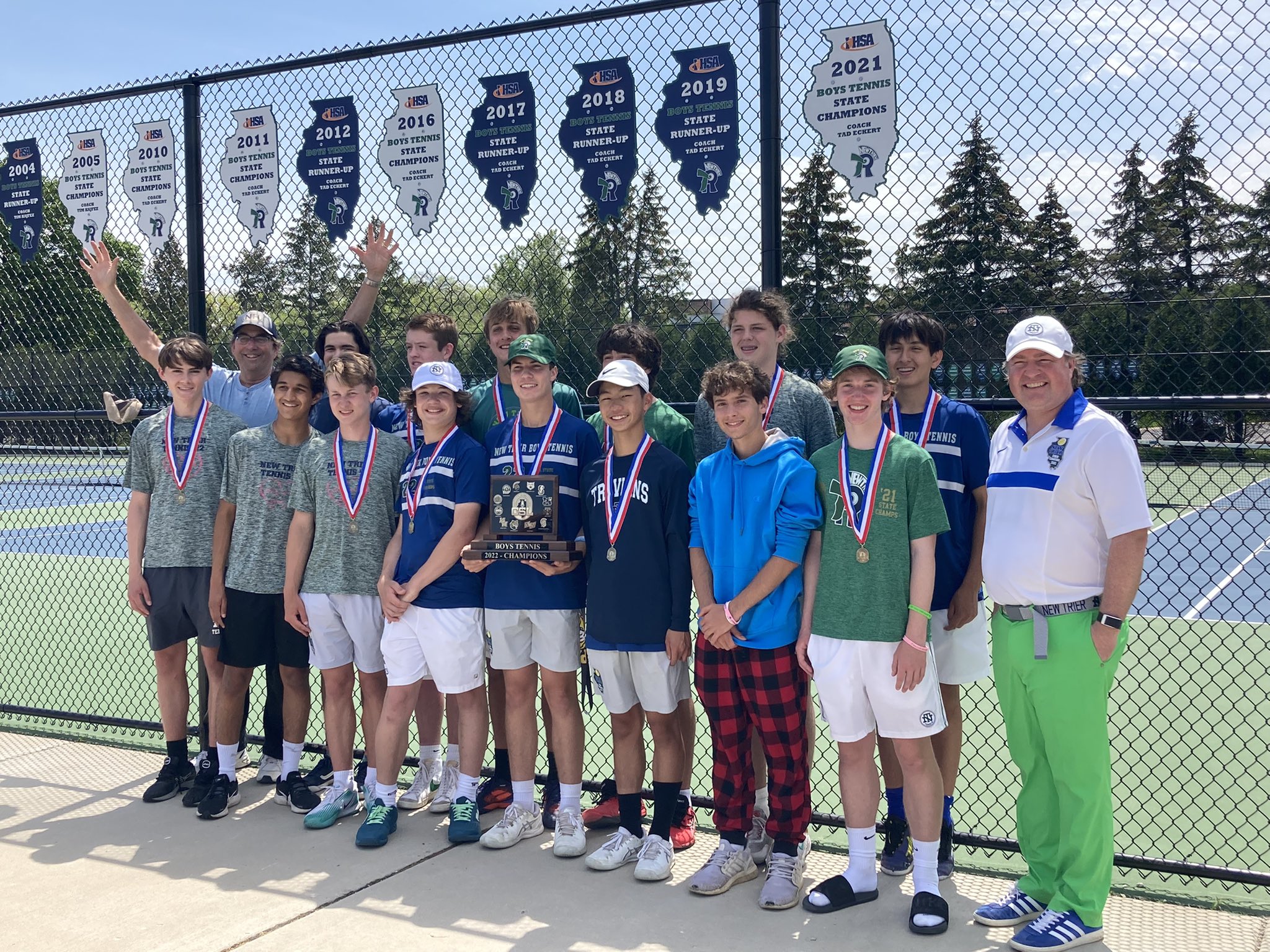 The Trevians celebrate a conference tennis title on Saturday, May 14. | Photo Submitted

Max Oliveira smacked a home run but the Ramblers fell to the Hawks Thursday, May 19, in Park Ridge.

Ollie Barkal threw a two-hit shutout, striking out six, for the Trevians in the league victory Wednesday, May 18, in Winnetka.

The Trevians dropped the nonconference contest on Tuesday, May 17, in Winnetka.

Max Oliveira and Max Sawyer each smacked home runs in the Ramblers’ nonconference win Tuesday, May 17.

Steve Lombardo struck out 11 hitters through six innings for Loyola.

The Hawks scored a run in the bottom of the seventh to escape the Trevians on Monday, May 16, in Park Ridge.

Haden Kriston, Max Sawyer and Roger Simon all contributed RBI for the Ramblers on Monday, May 16.

Louis Florida and Henry Wolfe hit a double in the losing effort for the Trevians on Saturday, May 14, in Winnetka.

Max Oliveira had two hits included a home run in the Ramblers’ league loss Saturday, May 14, in Chicago.

Liam Zadar was on the mound for Loyola.

Brenden Stressler homered and knocked in five runs to propel the Trevians to victory on Friday, May 13.

The Trevians earned the senior-day victory on Saturday, May 14, in Winnetka.

Josie Noble and Annie Paden tallied for the Trevians while Caroline Hague earned the shutout in goal Wednesday, May 18, in the playoff opener at Oak Park-River Forest.

The Ramblers open their playoff schedule with a regional victory Tuesday, May 17, at West Leyden High School in Northlake.

The Trevians (10-7-5) play to a scoreless draw Friday, May 13, in their final regular-season match.

The Trevs take down the host Wildcats to finish the regular season with a victory on Thursday, May 19.

The Trevians fall just short of a league title with the loss to the Spartans on Wednesday, May 18, in Northfield.

The Ramblers finished the tournament 5-1 with two-set victories over Palatine, Grayslake North, Boylan Catholic and Jones.

New Trier won all seven divisions (three at singles, four at douhbles) at the conference championships on Saturday, May 14, in Winnetka to earn the overall team title.

The Trevians outscored their opponents 8-2 in the third quarter and 14-6 in the second half on Thursday, May 19, to advance to the state semifinals.

The Panthers won their playoff opener on Wednesday, May 18, in Wilmette, and advance to play top-seeded New Trier Monday, May 23.

Two North Shore Country relays are off to the state finals thanks to second-place finishes at their IHSA Class 1A sectional on Wednesday, May 18.

The 4-by-100-meter team of Cole Connolly, David Jackson, Andrew Xing and Brian Smith crossed with a time of 45.6 seconds, while the 4-by-800 unit of Robert Hansell, Owen Keyt, Aramais Thai-Garcia and Nicholas Olvera did so in 8 minutes 56.33 seconds.