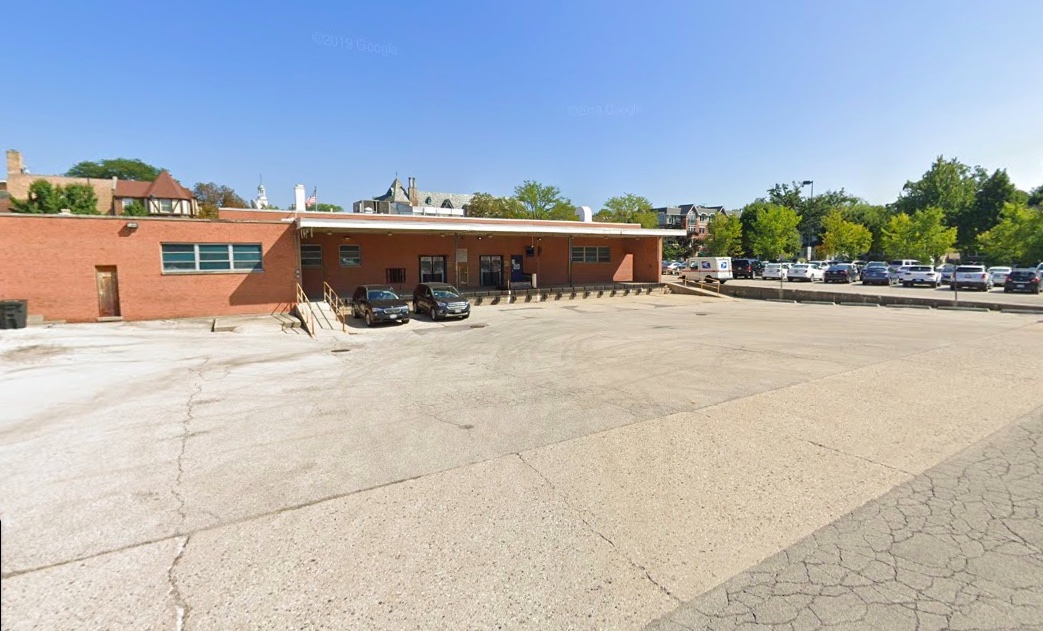 The Winnetka Post Office property is owned by the Village of Winnetka, which is workshopping how to reimagine the site. | Image from Google Maps

What would downtown Winnetka look like if the old post office was relocated and its site reimagined?

Village trustees have begun discussing the possibilities after Winnetka Village President Chris Rintz proposed a plan to develop a public gathering space filled with amenities, including a performance stage.

Rintz presented his plan for a community hub in the Elm Street business district during a Winnetka Village Council study session Tuesday evening, May 10.

The concept, which Rintz informally referred to as a “town square,” would open the area to serve as a dedicated place for residents and special events.

“(We would) have some opportunity to create a space where we can have public performances of all sorts, whether it’s music, whether it’s spoken word, whether it’s Book Stall author readings or the Music Institute doing a recital of classical music,” Rintz said. “Just something that would be able to be programmed, or not, so that it would work both in a program sense or activity, but when there wasn’t something programmed going on, the space would still function wonderfully as just a nice community spot where we could gather and enjoy the atmosphere.”

Rintz suggested the stage could also be used by local schools, such as New Trier High School or Winnetka Public Schools, for their concerts.

He also described “passive” opportunities, saying “you can sit at the tables, have a cup of coffee, maybe play chess or backgammon.”

“Read a book, sit there. There (are) a lot of things you can do here — farmers markets.”

Rintz also detailed the history of the post office building, which was originally Horace Mann School in the late 1800s, and was surprised to discover that Winnetka’s first comprehensive plan from 1921, created by architect and city planner Edward Bennett, called for “a community auditorium as its central building,” according to the agenda packet.

The post office property was purchased by the Village of Winnetka in 1982, when the village assumed the lease with the post office. Discussions on how to repurpose the area have happened on and off ever since, the packet says.

In 2007, an ad-hoc committee, upon which Rintz served, recommended the space be redeveloped as retail, but according to Rintz, the Great Recession of 2008 “pulled the plug” on those plans.

In that time, Rintz said he’s changed his mind and now believes the village should look in a different direction. He specifically cited the results of a 2020 village survey in which residents said they were “looking to enjoy a broader array of experience in our public spaces and more outdoor social interactions and a vibrant, interesting and engaging village center.”

He believes the public gathering space would help distinguish Winnetka from other nearby communities.

“It could be something really special,” he said. “And it could really define our community.”

Rintz also downplayed his involvement in developing the plan, which he recommends be included in village’s Comprehensive Plan. He said it was the culmination of many ideas as he spoke to various community members and groups about their hopes for the site.

He also stressed that if any plan is approved, it may take a few years before it is completed, as the post office would have a year to vacate their building if the village terminates its lease.

While no vote was taken, the idea received unanimous general support from the trustees, with each of them praising Rintz’s presentation, as well as his research.

Trustee Rob Apatoff said he “could not be in more agreement to move forward with this type of plan.”

“I believe we have one chance to do this correctly,” he said. “I think following history is critical because it’s so forward-thinking.”

Trustee John Swierk agreed that following the original 1921 plans of creating a public space is the right direction to go in.

“This is really good for the public,” he said.

The plan also received positive feedback from community members, with all eight public speakers voicing support for the proposal.

Some community members also offered suggestions for the final product, including making the area a year-round space with the necessary technology systems for performers.

The most common suggestion by the community was the addition of bathrooms. Multiple residents said there are no public bathrooms in the area, including in Dwyer Park, and should be part of the plans.

“Bathrooms are key, because I think a lot of people are using the business’s (facilities)…which is a bad situation,” she said. “So, I think we need bathrooms.”

Following the board’s interest in moving forward, Rintz said he will work on preparing a more formal proposal and present it to the Village Council within the next “few weeks.”