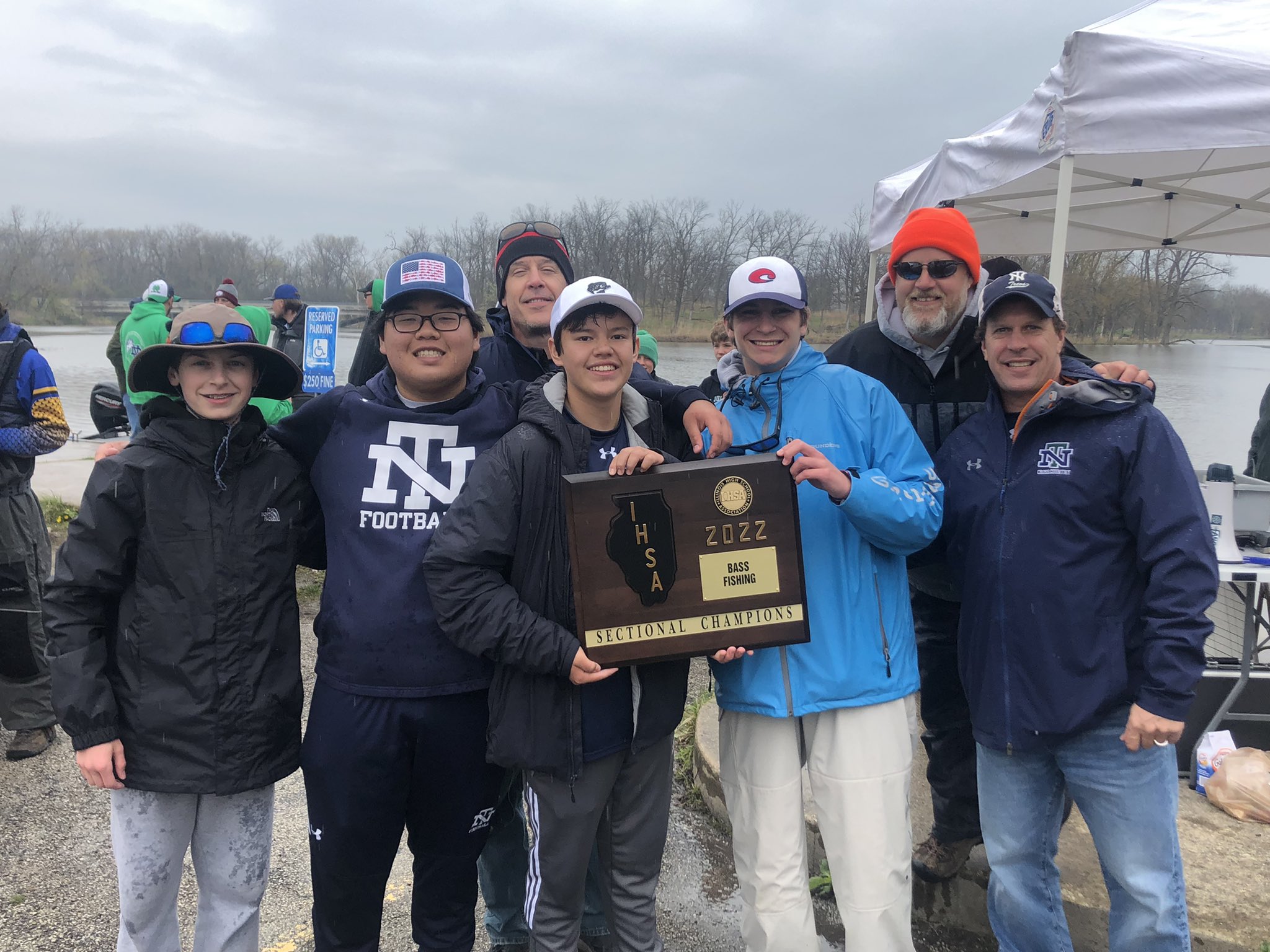 Humans were not the only inhabitants of Chicagoland to disapprove of the extended cold this spring.

“When the water is cold, their metabolism slows down and they generally don’t feed as actively,” Gagliano said. “You have to be more patient with your fishing, you have to slow things down with casting and leaving your lure in the strike zone.”

The strategy worked in the Trevians’ favor during a chilly and overcast sectional May 5 on the Skokie Lagoons. New Trier’s second boat of Henry Silverberg and Chris Vukovich dominated the field with a total weight of 10 pounds and 2 ounces, well ahead of second-place Notre Dame Boat 1 (5 pounds, 12 ounces) and Glenbrook South Boat 1 (5-2).

The Trevians pair advances to the state finals on Friday-Saturday, May 20-21, at Carlyle Lake in Carlyle, Illinois, which is about 50 miles east of St. Louis.

At the sectional, Gagliano said, Silverberg and Vukovich were the only boat to catch at least five fish — the maximum allowed at the weigh-in. Gagliano said the duo actually caught more than five but kept the heaviest “keepers,” which must be at least 12 inches long.

“I think the reason we were successful is because the students I coached are very coachable, they have a good intuition about how to catch bass to begin with and then a lot of communication in the boat about where to fish, which lure to fish and really just slowing down the approach,” Gagliano said.

Silverberg reeled in the event’s “big bass,” a fish that weighed a competition-best 3 pounds, 12 ounces.

Gagliano recalled that Silverberg lost a sizable bass, possibly the largest of the day, early in the competition. But he regrouped to help his boat to the sectional title.

“He was really upset about that,” Gagliano said. “I had to remind him that, ‘It’s early. We have a lot of time left. You have to keep your head in the game. Your partner needs you.’ … It becomes a little psychological. You hear about mental toughness in different sports. That’s relevant for fishing as well.”

Gagliano said the four sectional participants were chosen out of the 13 members of the bass fishing program, which he founded back in 2009, the same year the IHSA began overseeing bass fishing competitions.

Any student is free to join Trevians bass fishing, and the team participates in both boat and shoreline fishing competitions, Gagliano said. Those on the team work to earn a spot in a sectional boat, he said.

This will be the third year the Trevians compete in the IHSA state finals from the IHSA at Carlyle Lake, the largest lake fully contained in Illinois.

The attributes of the lake and the region present a new challenge for New Trier fishers. Gagliano said the variables at play — such as warmer water temperatures that have the fish in a different stage of their annual cycles — will cause the location and behavior of the bass to be different than their Skokie Lagoons counterparts.

The Trevians need to be prepared.

“It’s not always the same formula,” he said. “My approach to fishing a bass fishing tournament is you’re trying to solve a puzzle, and the puzzle might be completely different than it was yesterday. And it depends on too many variables to list.”