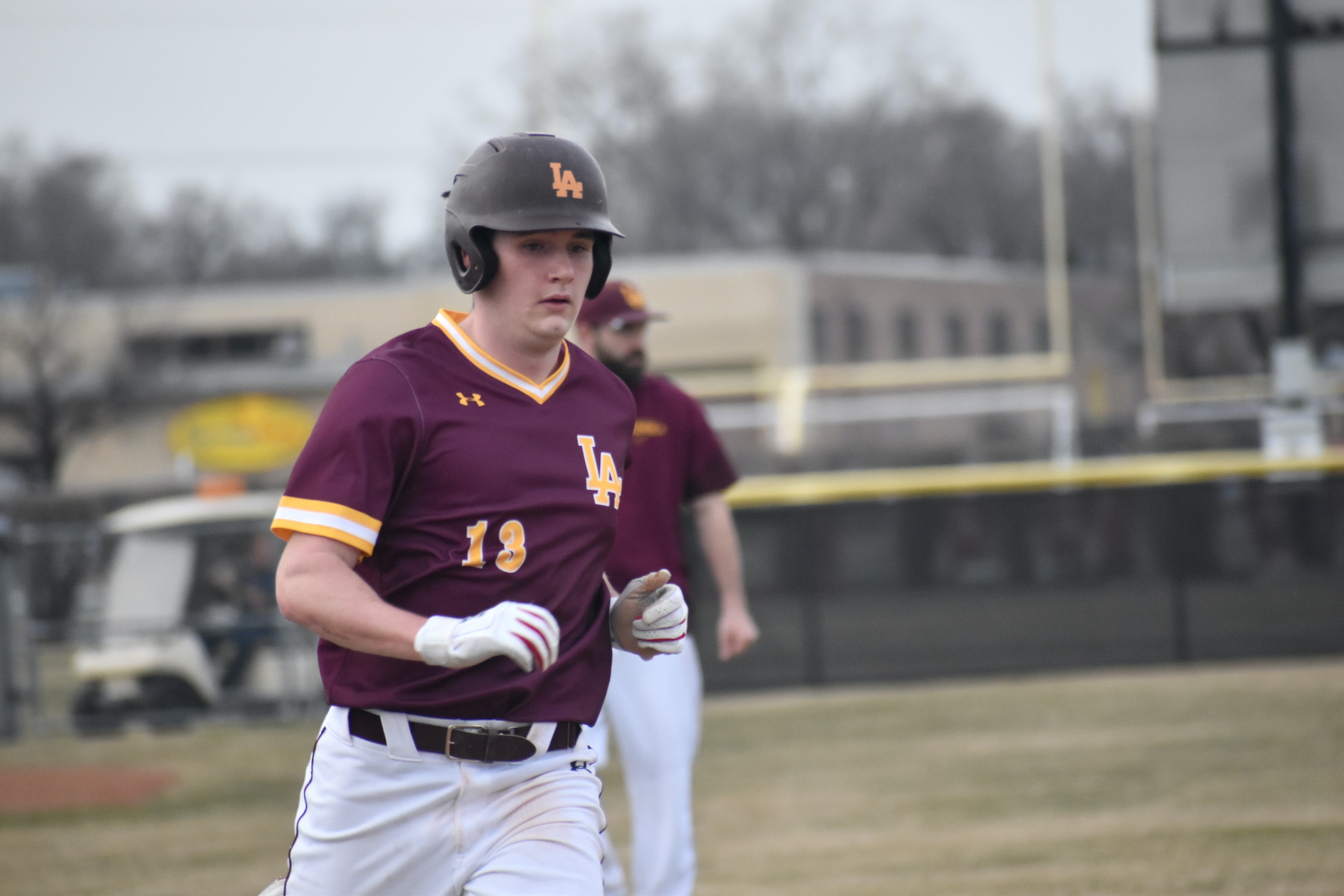 Roger Simon scores a run in a game this season for the Ramblers. | The Record File Photo

Roger Simon is a senior football and baseball player for the Ramblers. The wide receiver will play football — and possibly baseball — at John Carroll University next year.

Before a game, I usually like to do my own stretches. We do stretch as a team, but I like to do my own on the side. Before an at-bat, when I step into the box, l look at my bat, get my sign from my coach and tap the plate once.

I think athletically and competitively their sports are really good, and academically it’s a really good school, so it worked out for me. That’s why I chose it.

3. Who is your favorite professional athlete?

Right now, I’m going to have to say Shohei Ohtani (OF/SP — Los Angeles Angels) because he’s a modern-day Babe Ruth. He pitches and hits the ball. He’s a perfect mold of both hitting and pitching.

I think it would be hockey. I love hockey. I played when I was younger for a year. Something about skating and checking people into the boards. I love watching hockey so think I’d love to play it too.

Off the field, I like to go out with my friends a lot. I like to play golf. Just being with friends really.

I’d probably be a professional athlete. Probably a baseball player.

7. Would you rather rob a game-winning home run or hit one?

That’s tough. I’d rather hit one honestly. Just when you hit it, if it’s a no-doubter, you do a bat flip, pimp it, and take your time, make it last longer.

I’m probably going to buy Arizona half lemonade, half iced tea for a dollar and probably like a bag of lime tortilla chips.

I have a twin (Aidan Simon). He’s a track guy. We get along. A lot of people don’t know we’re twins though. We don’t look alike.

10. What does this team want to accomplish this season?

We want to win it all, but I think we’re taking it one game at a time. We can’t get too far ahead of ourselves. We have high expectations for ourselves and know what we can do. The sky is the limit. I think we can make a good run my postseason.