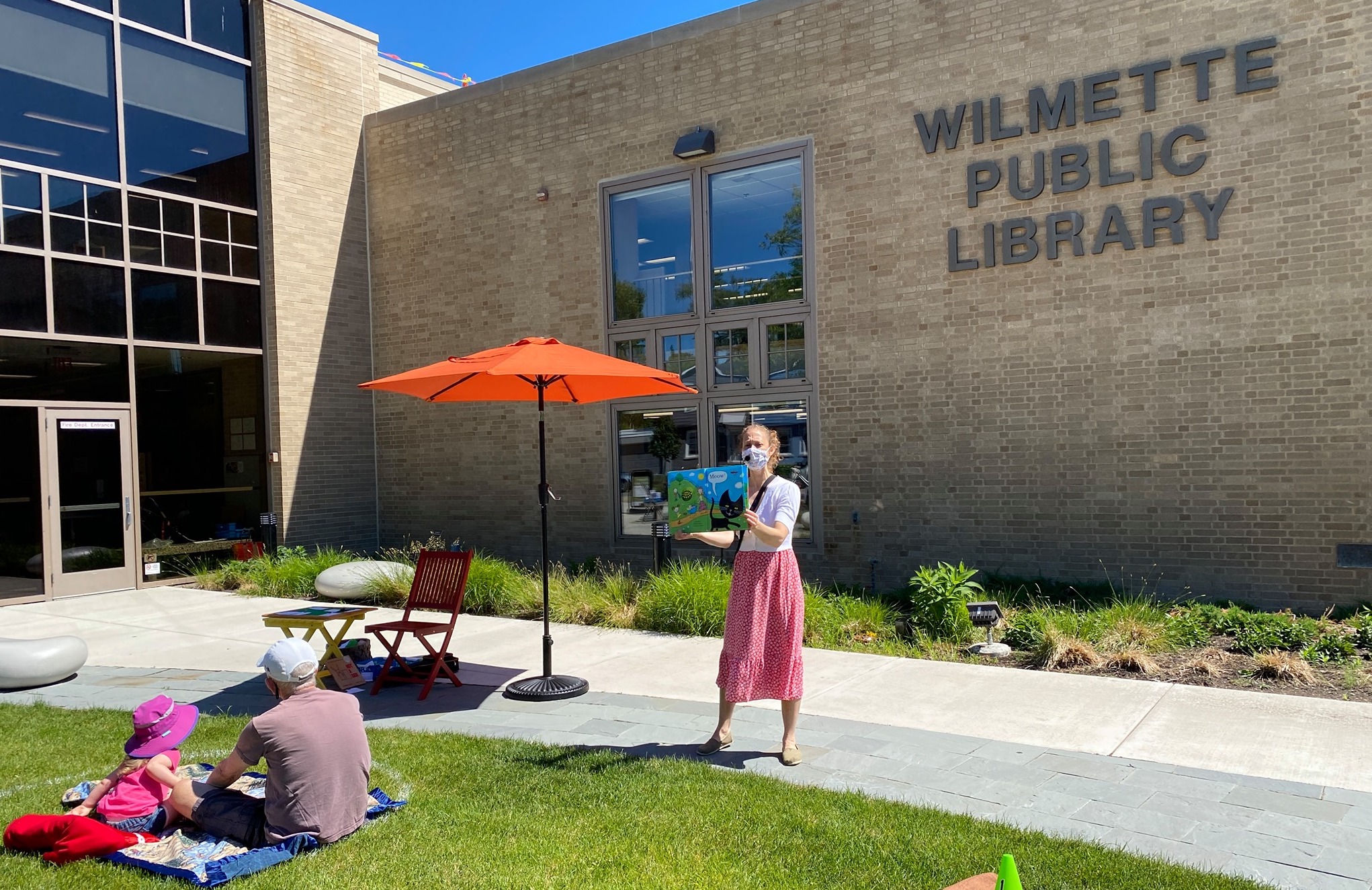 During the pandemic, the library has kept programming going through online and outdoor activities. | Photo Submitted

Wilmette community members have until the end of the week to contribute their thoughts on how the Wilmette Public Library is used and what programming and services it should offer.

The library began conducting a public survey in April. Library Director Anthony Auston said the survey will inform the library’s strategic planning process, which will help the library continue its community mission when the pandemic recedes.

As of Tuesday, May 3, the library had received more than 500 survey responses, including many creative suggestions from patrons, Auston said.

Before the pandemic, the WPL building was an activity hub. Besides offering collections services and computer terminals, it hosted speakers and special events, such as flower arranging and regular lecture series, including the popular Armchair Travels. The library also provided a venue for a knitting circle and writing group and many regular activities for youth and children.

The library, like many event venues big and small, pivoted to remote programming shortly after the pandemic began.

The library began services such as parking lot pick up, which allowed patrons to reserve library materials and meet a staff member outside rather than inside the building.

Staff also transferred any programming they could to a virtual setting. Andrea V. Johnson, the library’s youth services manager, said families told her that virtual storytimes got them through the pandemic. Adults also embraced online offerings such as Armchair Travels and film discussions.

Communications and Events Manager Sarah Beth Brown said the web-based events created a sense of community and they are here to stay, even as in-person programs resume. Enjoying events from home is especially important for less-mobile residents, such as senior citizens, she added.

Auston noted that parking lot pick-up has been popular and will also remain as a service.

While many patrons tell the library they are eager to return to in-person events and activities, the transition is taking time. Auston said that events are planned months in advance, and the evoloving nature of the pandemic makes organization difficult.

A jazz concert series scheduled for this summer on the library lawn, for example, had been planned for 2021.

“There’s no one-size solution for this,” Auston said.

The library has offered appointments in its popular Maker Space, where patrons can design 3D prints and make items such as stickers or metal jewelry, since September.

Auston looks forward to reviewing the survey responses and using them to inform the library’s new strategic plan. Libraries, he said, enhance a community by promoting creativity, discovery and the exchange of ideas. He believes WPL will continue to do that both in person and online.

He also noted that WPL is ranked nationally in terms of how often and how much patrons use both the library’s online and print collections.