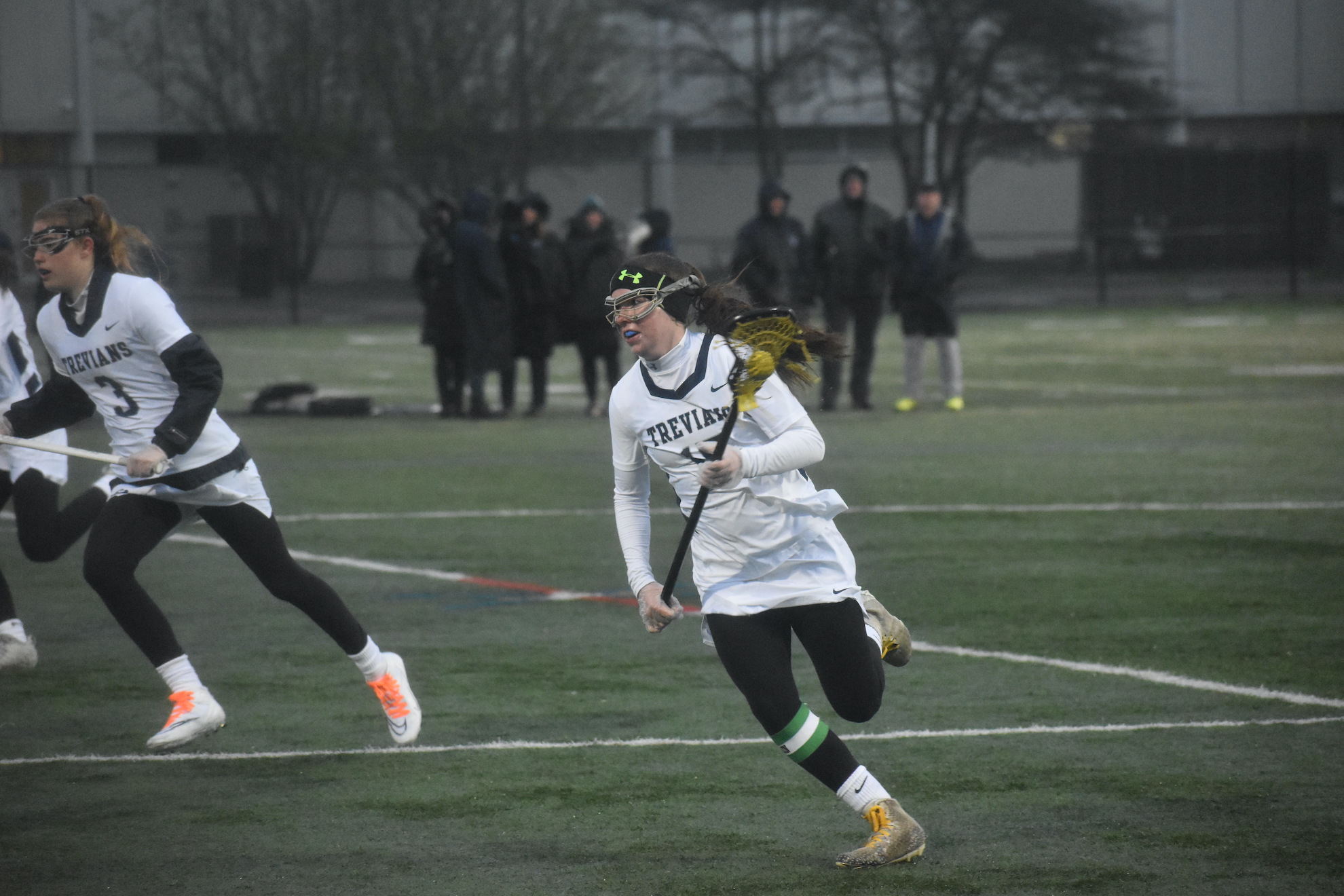 New Trier girls lacrosse’s early-season, comeback win against rival Loyola Academy was something, but it wasn’t everything.

The Trevs and Ramblers have battled for lacrosse supremacy in Illinois for decades now. New Trier snagged a state title in 2019, but Loyola holds the crown now after edging New Trier in sectional play, 13-12, en route to claiming the IHSA’s inaugural state championship in 2021. (No state series was held in 2020 due to the COVID-19 pandemic.)

So while the regular-season victory was nice, the Trevians are preparing for something bigger.

“We had a great game against Loyola, but they are a different team now, so going to the playoffs it is going to be tough to beat them again,” Trevs coach Pete Collins said. “ … We proved a lot. Our team believes that they can win. But (the Ramblers) are well-coached, disciplined, physical, aggressive … relentless.”

As they develop into the team they want to be, the Trevians have amassed an 11-2 overall record with their only two losses coming to out-of-state opponents during a road trip to Ohio.

New Trier has dominated local competition, downing teams like York, Highland Park and Glenbrook North, while also edging visiting nonlocal squads, like Two Rivers out of Minnesota and Carmel out of Indiana.

A marquee matchup with Hinsdale Central looms Thursday, May 5.

Leading the way for the Trevians are senior captains Brooke Ross and Lily Wallace on the defensive side. The Curry twins — Grace and Emma, both seniors — and Addie Shevitz front-line the attack, while Audrey Rudolph, Kennedy Meier and others support from the midfield.

Collins said his upperclassmen believe in honoring their predecessors and the program. That attitude is passed down the line, leading to a bond and success that persists.

“They did a great job of building on what they’ve learned the past couple years,” he said. “We take a lot from the book ‘Legacy’ … about leaving the jersey in a better place.

The development all leads to sectional competition and Collins said his team has circled May 27 — the sectional championship bout where the Trevs would play the Ramblers if both teams advance.

Between now and then, Collins said, his team needs to prioritize “the little things” to be prepared for the potential rematch.

“Limiting our mistakes, getting every ground ball … making sure on transitions we’re making smooth connections,” he said, adding the importance of forcing turnovers and disruption on defense.