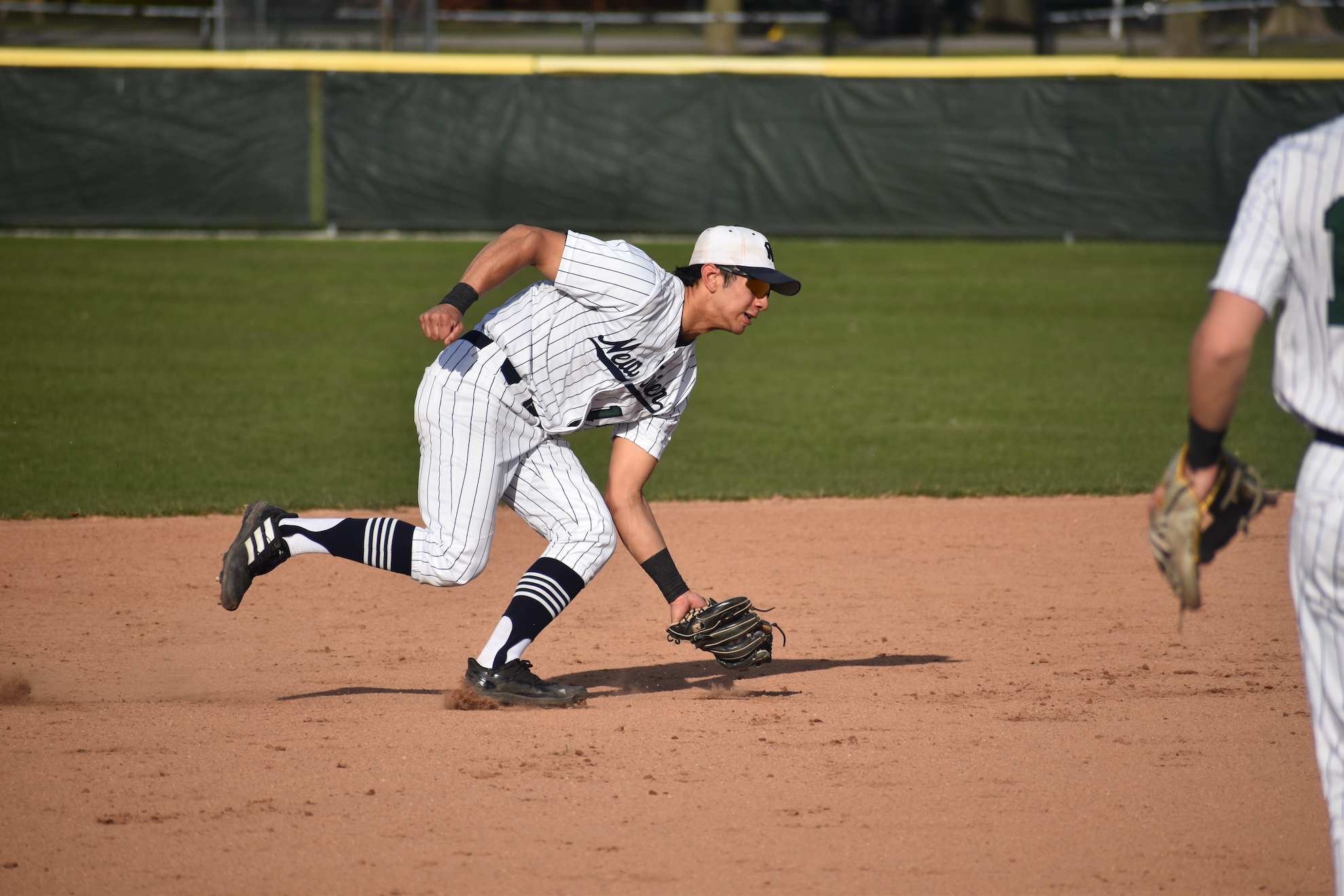 Alex Mendes fields a ground ball this season. The senior had three hits and three RBI in a win over Evanston April 21. | The Record File Photo

Roger Simon struck out 11 batters for visiting Loyola in the loss on Thursday, April 21, in Chicago.

Haden Kriston knocked in both runs for the Ramblers (9-4).

Jimmy Ertmann struck out eight batters through five-plus innings to earn the win for the Trevians on Wednesday, April 20.

Connor Lasch and Max Oliviera had two hits and RBI each to back the pitching of Macro Arroyo in the Ramblers’ win Wednesday, April 20, in Lake Forest.

Dalton Hastings struck out seven and gave up just four hits in a complete-game loss for the Trevians on Tuesday, April 19.

Henry Wolfe notches two hits and two RBI to lead the Trevs, who scored five runnings in the seventh to get the win Saturday, April 16, in Mount Prospect.

The Trevs outslugged the visiting Wildkits Thursday, April 21, in Winnetka.

MacKenzie Barry hit a walk-off sacrifice fly in the bottom of the eighth to hand the Ramblers the league win on Wednesday, April 20, in Glenview.

The Trevs could not keep pace with the host Hawks on Tuesday, April 19.

Kiley Urban tallied the lone goal in the Trevs’ victory on Thursday, April 21, in the first round of the Naperville Invitational.

The Trevs fell in a consolation matchup of the Malnati’s Deep Dish Classic on Saturday, April 16.

The Ramblers earned the victory Saturday, April 16, in the semifinals of the Malnati’s Deep Dish Classic.

The Trevians picked up the conference victory at home on Tuesday, April 19, in Northfield.

The Trevians picked up two victories on Thursday, April 21, in Winnetka.

The Trevians bested their CSL-crossover opponent on Tuesday, April 19.

The Trevians swept all four doubles divisions en route to 68 points, ahead of Barrington (40 points) and Highland Park (38).

The Ramblers picked up a tough victory over the Philadelphia foe on Wednesday, April 20.

The Ramblers took down their conference rival on Tuesday, April 19.

The Trevs won the nonconference matchup on Tuesday, April 19.