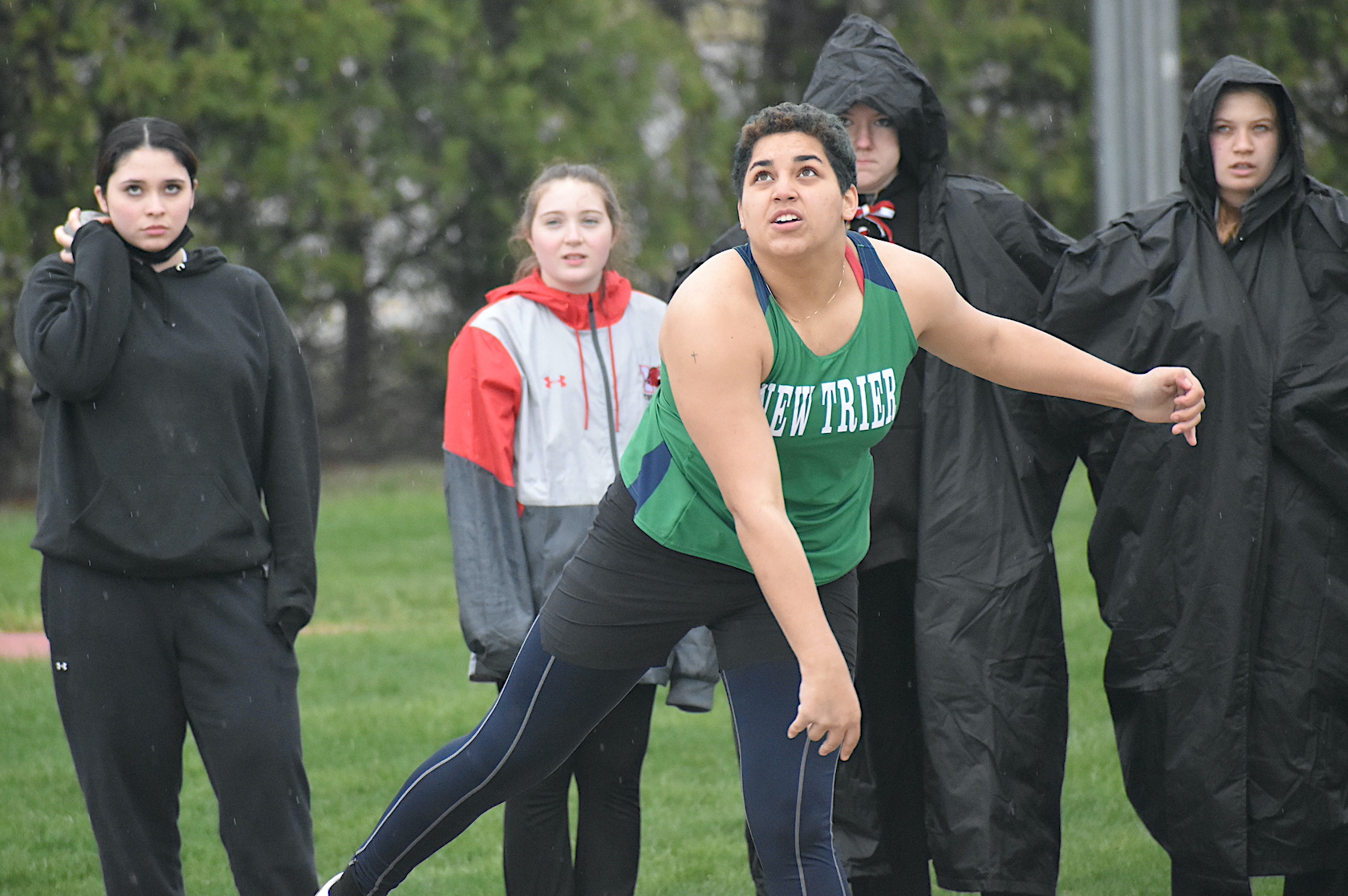 Like most of us this spring, New Trier girls track and field coach Bob Spagnoli has seen enough of the cold and the rain.

The inclement weather has added to a list of obstacles for the Trevians to hurdle this season, from athlete injuries and illnesses to limited practice space due to the ongoing construction at the school’s Winnetka campus.

The result is a complicated season in which New Trier has yet to put a full team on the track, Spagnoli said, including a weekday quad Wednesday, April 20, at Loyola Academy.

“It’s just kind of been an up and down year,” he said. “I keep explaining to the kids how little time is left. It’s getting crunch time.”

The Trevs have just three days of meets left before the postseason, which begins on Thursday, May 5, with the conference championships at Evanston High School.

Despite the challenges, Spagnoli remains optimistic that the Trevs will field a lineup capable of competing for a sectional title. New Trier took second in its 2021 sectional, but graduated track standouts Bridget Vitu and Emma Braband, among others.

Leading the scoring this season will be state-contending thrower Maeve Kelly, a junior who broke her own school record in the shot put Wednesday with a throw of 12.8 meters (42 feet); and Abby Ryan, a senior mid-distance runner who also throws the discus.

Spagnoli also looks to get contributions from Sam Fellman and Clare Finnigan in distance events and Gabby Manzano and Emma Love in the jumps, while newcomers (freshmen) have added depth to the lineup.

Part of the Spagnoli’s optimism is coming from the Trevians’ loaded schedule. Spagnoli said he is looking forward to Saturday, April 23, when New Trier will compete against talented teams (Glenbard West and Lake Park) in the western suburbs.

“As everybody knows it’s that one day where everything’s got to go right. Everyone has to run, jump and throw their best on that one day,” Spagnoli said of the sectional. “We are really happy and really optimistic we’ll be ready.

“The kids are working hard, no doubt about it. They are practicing hard and working hard. Usually good things happen when you’re working.”

The same goes for Loyola Academy, which finished just behind New Trier in the 2021 sectional.

The Ramblers were shorthanded on Wednesday during their spring break, but coach ChrisJon Simon said once whole, Loyola has a “pretty good team.”

Also disrupted by weather, the Ramblers have yet to put together a whole lineup outdoors. Once they do, Simon said, his coaching staff will need to make tough postseason decisions.

“We’ll see if we can get the pieces together to get down state,” he said. “We have such a competitive sectional, we’ll have to make decisions on where we can qualify. It is team versus individuals and that gets hard. … There’s never a year off in our sectional.”