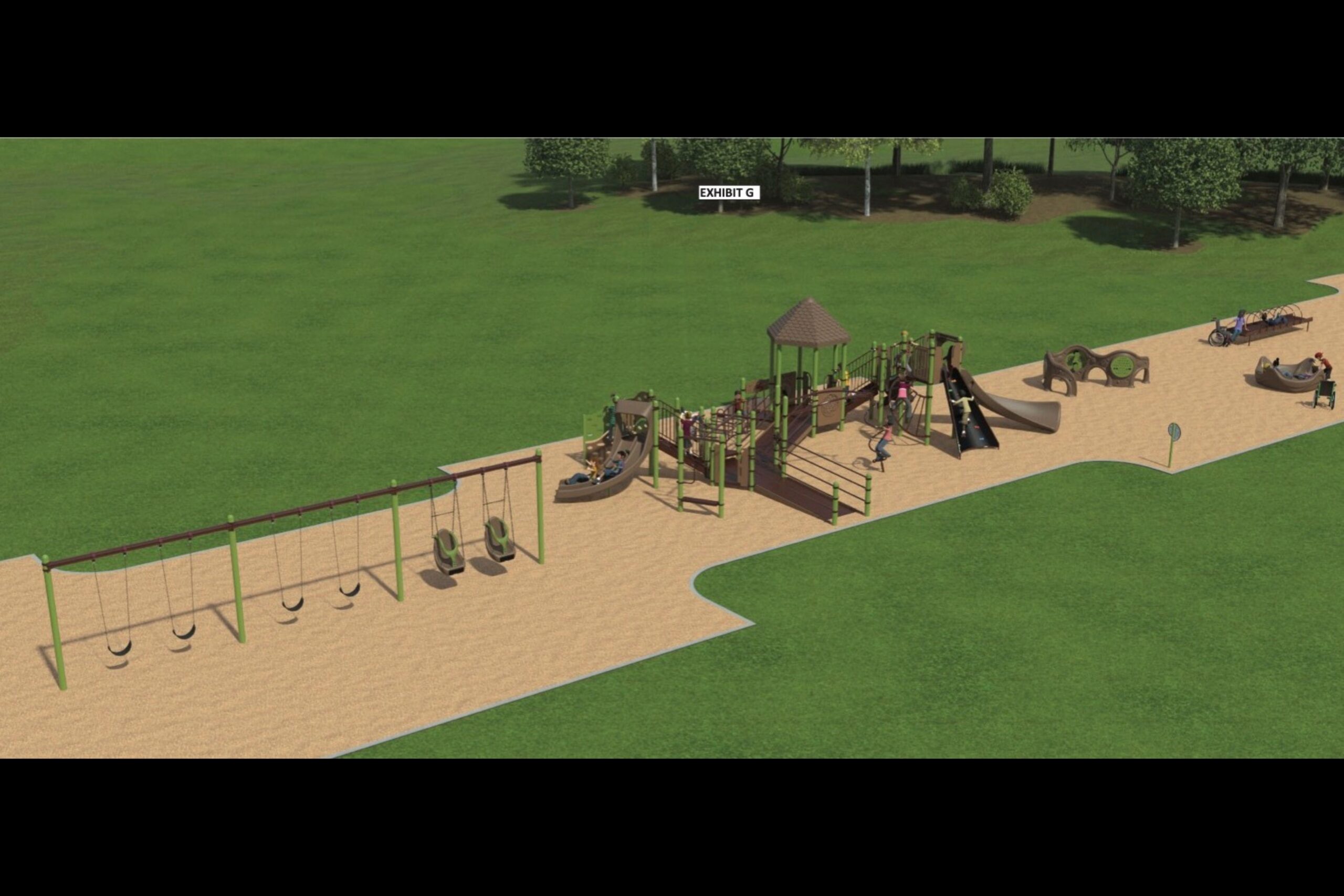 A rendering of the Hubbard Woods School playground plans. | Image from Landscape Structures

The Village Council voted 6-0 at its regular meeting on Tuesday, April 19, to approve a request to amend the special use permit and variations for the playground improvements at Hubbard Woods Elementary School and Greeley Elementary School, both in Winnetka Public Schools District 36.

The ordinances call for replacing playground equipment and replacing the woodchips at both playgrounds with a “rubberized play surface,” according to Brian Norkus, the village’s assistant director of community development.

Norkus said the schools want to replace the woodchips to make the playgrounds more accessible to children with mobility challenges, such as those using wheelchairs or crutches.

While the Greeley ordinance passed without much discussion, trustees spent time talking about the Hubbard Woods Elementary playground, particularly with concerns about drainage.

Tom Brown, who told the board he used to live adjacent to Hubbard Woods, said in the past, rainstorms have caused the playground’s woodchips to clog nearby drains, causing what he referred to as a “waterfall” flooding of the street. He asked the board, with the increase in impervious surface, if that would impact flooding.

Kathryn Talty, the landscape architect for the project, said that since all the woodchips are being removed, street flooding will not be an issue in the future. Additionally, she said the school has plans to deal with drainage concerns, saying that “all of the stormwater will be managed on site.”

“Everything is graded to run off into the field or into the existing catch basins that are adjacent to the play area,” she said. “There are two catch basins just to the northeast of the play equipment. That’s where the majority of the stormwater will run. Everything else will run toward the field.”

Additionally, Norkus said the plans still need to undergo a review by both the community development and engineering departments.

“The plans will be reviewed for compliance with the village’s engineering principles, including looking at the proposed grading and drainage profiles of this plan,” he said, “essentially to make sure that the plan, as installed, is designed in a way that doesn’t generate additional runoff, either towards the street or towards, I think more importantly, to adjoining residential properties.”

If all the plans are approved, Talty said the project will be completed over the summer.