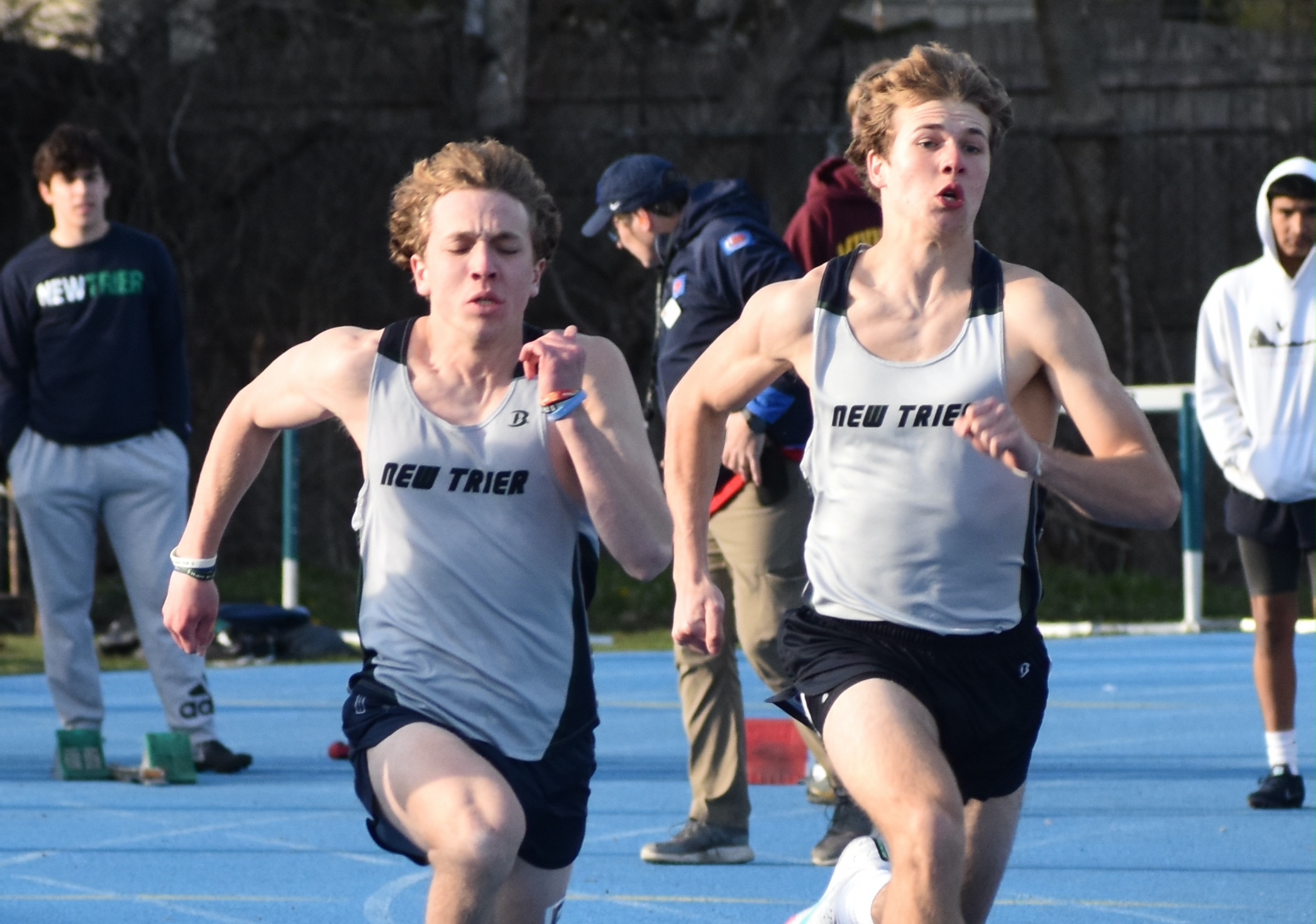 The chilly, breezy conditions on Tuesday, April 19, in Winnetka offered a chance for a great number of Trevians to prove their mettle, offering meaningful, high-level competition to many underclassmen and athletes who are not always in the varsity lineup.

“We’ve got (fully automatic) timing here so having 185 boys on the team, you can’t physically see who’s improving (all the time),” New Trier coach Andrew Schmitt said. “With automatic timing, we can run everyone in the 100, 200, 400 (meters) and really gauge how they’re improving, especially when you have freshmen and sophomores running. They’ll be able to look back at these stats and know where they were when they were freshmen and sophomores.”

Loyola Academy had the same chances, as many of its varsity runners were missing with the Ramblers on spring break. The Trevians also hosted Highland Park, Evanston and Taft.

Trevians senior Jack Brewer, a sprinter who has great hopes for his final season, finds himself gunning for several goals.

“I just love running on this track,” Brewer said. “The 100 was tough because of the wind, running into it, I’m pretty happy about my time.”

Brewer won the 100 dash against the wind in a time of 11.98 seconds. He and teammate Alexander Lesperance were the lone sub-12-second runners at the meet.

Brewer said he wants to see the Trevians sprint relay units — Brewer was in the winning 4-by-200 relay on Tuesday — find the right pieces for a state run, and he is eyeing a sub-22-second 200 time.

Already planning on attending Indiana University this coming fall, Brewer is hopeful to walk-on to the Hoosiers track and field team.

Though he did not run Tuesday, senior Ronan O’Neill is another runner to keep an eye on, Schmitt said. O’Neill has excelled in the 400 and is also an important relay cog for the Trevians.

Leading the way in New Trier’s vaunted pack of long distance runners is Duke commit Nick Falk, who was named the state’s Gatorade cross-country runner of the year in the fall. The senior ran the 3,200 in 8 minutes 53.11 seconds at the Arcadia Invitational on April 9.

“The relays were good,” Brewer said. “Our handoffs were way better than last week and the week before that in the 4-by-100. Our 4-by-200, we were missing one of our best runners … but it was still pretty good.”