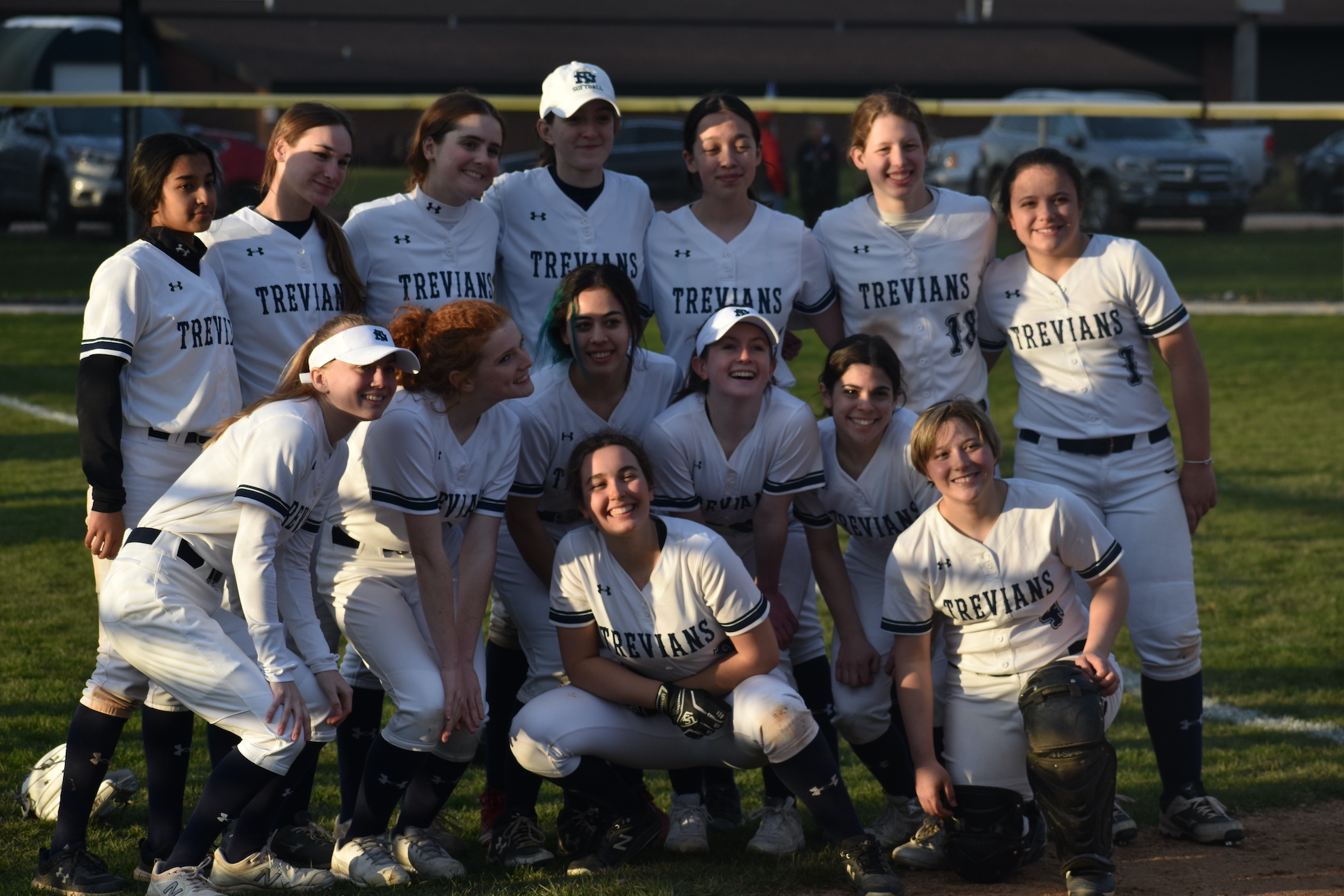 A 10-0 loss in which you collect zero hits is a difficult way to start a softball season.

But if the goal is growth, and coach Rose Wysocki said it is, New Trier has to be pleased five games later.

Since the season opener March 21, the Trevians have averaged 7.8 runs per game en route to a 3-2-1 record, which includes back-to-back wins Monday and Tuesday, April 11-12 — a 12-2 Central Suburban crossover win against Deerfield and 7-2 league win over Glenbrook South.

“(It’s about) never being satisfied with what we’re doing, always understanding that we can get better and we will get better.”

The Warriors felt the improvement first hand Monday, April 11, when the Trevians jumped on top 7-1 early and rode it to the six-inning victory.

Junior hurler Annie Ieuter picked up the win for New Trier. She is a key cog in the Trevs’ rebuilding process, as they attempt to climb back to the perennial power they were in the 2000s and early 2010s.

New Trier has not earned a single-digit sectional seed in five seasons, and last won a regional in 2015.

“We’re looking to continue building on what we did in the last year,” she said. “We have some new talent and some returning talent, so we have a really nice group of kids. … We talk a lot about the legacy we want to leave with this program. So thinking, ‘what do you want to do with the time you have left here?’ They’ve taken the idea and ran with it.”

On the field, the Trevians still have plenty of youth

Along with Ieuter, junior Emilia Orta also sees plenty of time in the pitcher’s circle. Her sister, Luciana Orta, is another returner for the Trevs.

The Trevs’ roster features just two seniors, Courtney Schumacher and Brynn Levinson, both of whom are new to the program but are expected to be impactful assets.

Wysocki said a commitment to the game’s fundamentals is key to the Trevs’ on-the-field success, and she was especially pleased with the more disciplined plate approach during the Deerfield victory.