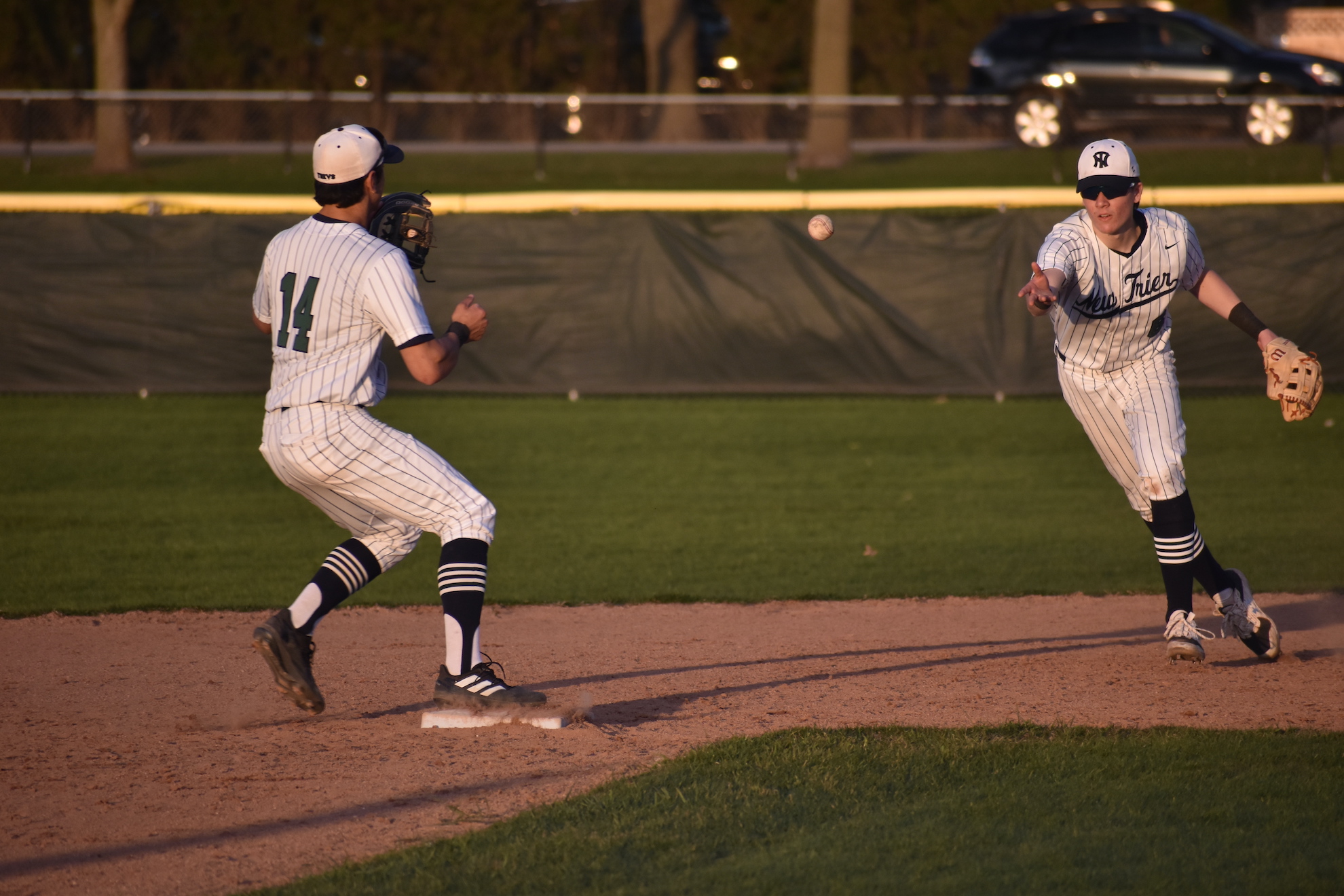 New Trier baseball coach Mike Napoleon agrees, and after his team dropped to 2-7 with an 8-6 loss to Notre Dame College Prep Monday, April 11, at Duke Child’s Field in Winnetka, he effectively summed up what the Trevians need to do to turn things around.

“I think we gotta pitch better, we gotta field better and we gotta hit better,” Napoleon said with a smirk.

The Trevs’ season had an ominous beginning. New Trier lost in the last at-bat in both of its games at the Kickoff Classic on March 17-18 in Evansville.

Three more losses were added to New Trier’s sheet during a spring-break trip to Nashville. The Trevs were 0-5.

They got off the schneid with a 13-4 victory to end the road trip and picked up another win (13-1 over Buffalo Grove on April 7) and loss (5-4 to St. Rita on April 6) upon their return to Illinois.

But the loss to the Dons showed the Trevians have not figured it out quite yet. New Trier committed three errors and left 11 men on base in their seventh loss.

“We’re not happy with our record right now,” senior catcher Louis Florida said. “We definitely think we should be winning. We have the team to have a winning record right now, but just like today, we haven’t been getting enough hits.

“We’re pretty disappointed in our record, but we’re going to turn it around because that’s what we have to do.”

New Trier struck first against Notre Dame, when Florida doubled home Brenden Stressler in the home half of the first.

But the Dons overtook the Trevs in the third thanks to Mike O’Conor’s three-run home run — the only hit of the inning.

Notre Dame plated two more in the fourth and three more in the sixth to keep New Trier at a distance. When the Trevs threatened, they mostly came up empty with runners on base.

“I don’t think our offensive approach was very good,” Napoleon said. “I think we were taking too many fastballs. I think I gave four take signs all day. It’s like, ‘what are we doing, we got guys on base, why are we taking a fastball here?’ … (The Dons) left right field wide open. They pitched us outside and we tried to pull balls. You can’t do that.”

After the loss, Napoleon and Florida agreed that the experienced Trevians have what it takes to right the ship.

Florida is one of a handful of returning starters — along with seniors Alex Mendes (shortstop) and A.J. Steinback (left field) and juniors Mastros (first base/third base) and Stressler (right field) — in the lineup, while college-bound pitchers Ollie Barkal (Niagra) and Dalton Hastings (Keyon) headline the rotation.

The group was an essential part of an incredible postseason run by the Trevians in 2021, when as a four seed in the sectional New Trier advanced to the state’s final eight (supersectional).

The Trevs have goals to get back there — and maybe further — but they know first, they must clean things up.

“We want to make a deep playoff run,” Florida said. “It’s about getting hot at the right time. Obviously we want to turn it around right now but there’s still time left and this team has always talked about a deep playoff run. It’s what we’ve been working for … in the offseason.”