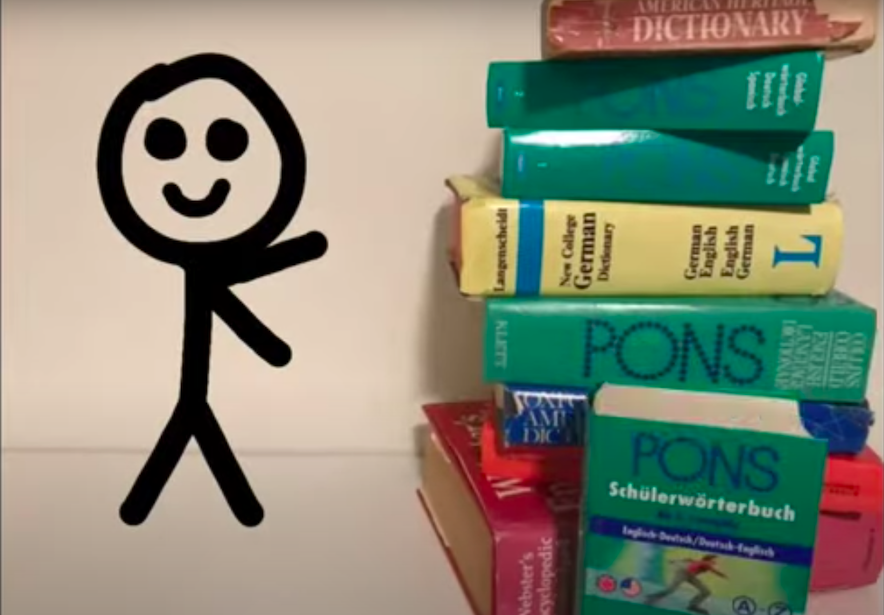 A screenshot from Wilmette seventh-grader Mark Steen's video entry that was a winner in the a national vocabulary contest.

Improbable (adj.): not likely to be true or to happen.

Despite the improbability, Wilmette students made it happen, as two videos out of Wilmette Junior High were among 13 winners of the New York Times Ninth Annual Vocabulary Video Contest.

The contest garnered nearly 1,500 submissions, including 15 out of Wilmette Junior High, each of which attempted to use video to define one the Times’ Words of the Day.

The videos were an option in an assignment in Lori Macauley’s writing class.

The Wilmette seventh-grade trio of Ben Diep, Nicholas Zettlemeyer and Mark Bouwman chose “plagiarize” and went meta with their idea.

In the video, two of the boys are brainstorming a video for the contest and one of them suggests, “What if we just copied last year’s winner?” As they attempt to do so on a computer, there is a knock at the door.

“Plagiarize police! Put your hands up!” a voice shouts as the plagiarizers are hauled away.

Diep said the boys all played a role in the video concept, and they chose the word “plagiarize” because “it was the most familiar word to us.”

Bouwman said the video turned out better than he expected, but he still did not expect to win.

“We thought there’s not a chance at winning or being a finalist,” he said. “We were really submitting it just for fun and doing it as part of class anyways. If we win, we win. If we don’t that’s OK.”

Nick Steen was the student behind Wilmette’s second winning entry. Steen had the word “lexicographer,” a person who studies words and writes dictionaries.

Steen used the digital arts in his video, creating an animated stick figure named “Jim” for the video. Jim shows off all the dictionaries he has written, which stack up alongside the character. As a voiceover, Nick tells Jim, “Wow you must be quite the lexicographer.”

Other winners hailed from New York, Pennsylvania and Maine, for example.

Two other videos from the WJH assignment were recognized by the Times.

Reece Pekin and Angie Zreiqat’s video definition of “natty” was among 17 runnersup, while Tatum Clarke, Miles Currie and Jack Fox’s version of “bellicose” was one of 26 to earn honorable mention.