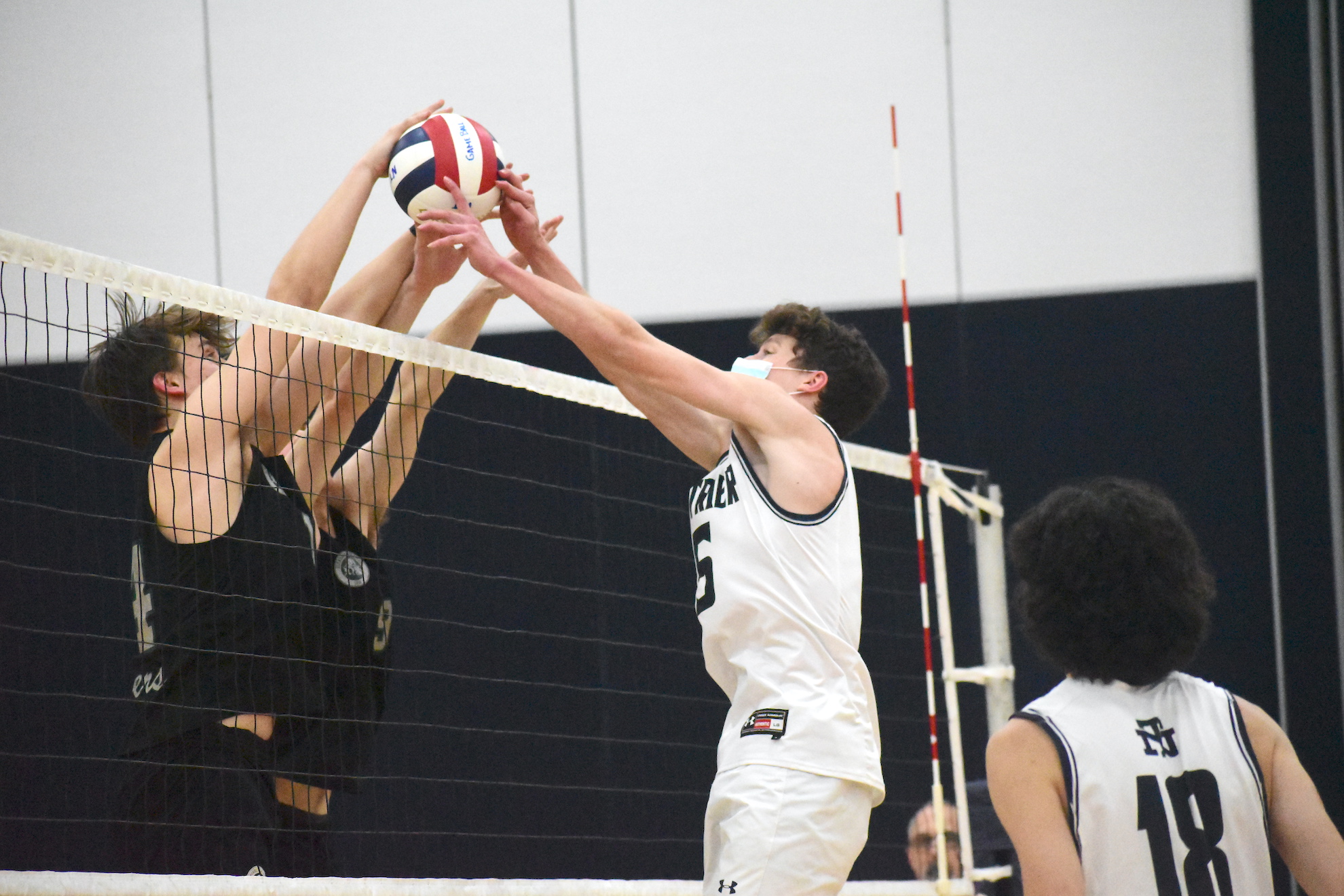 The teams are consistently among the best in the state, are commonly found at the IHSA finals each year and again are ranked within the top 10 in Illinois.

The rare regular-season matchup between the powers had the Trevians hyped. And that may have been the problem Wednesday night.

“I think we built the game up a little bigger than it needed to be,” New Trier coach Sue Ellen Haak said. “It’s really just volleyball. We played better in practice last night than we did today.”

The result was an efficient 25-15, 25-16 victory for visiting Glenbard West on April 6 in Northfield.

In both sets, the Hilltoppers used mid-game runs to put the Trevians in deep holes. New Trier never built their own sustained run, topping out a couple 3-0 runs throughout the match.

“(The Hilltoppers) looked like a more experienced team than us tonight,” she said. “They were really confident, they were aggressive, they were relaxed on the court. We played tight in every area,” Haak said. “We couldn’t quite settle down. … I think we were up and down the whole game and they were the same. They are a good team, but I think we made them look even better.”

Aside from her team’s tenseness, Haak also said West’s service was stronger than the Trevians, leading to an inconsistent offense. That’s not how it’s supposed to work, she said.

Ideally, New Trier is working the ball around the front row to form a balanced attack, taking advantage of the offensive weapons on the court.

“We didn’t show it very well today, but we are very diverse offensively,” Haak said. “We can score points out of every single position. We have great passing and a great setter in Stefan (Gjaja).”

Gjaja is a 6-foot-3 senior who will play at Princeton University in the fall. He sets up experienced attackers such as 6-4 senior middle Nathan Zoloto, 6-3 senior right side Max Mazur and 6-8 sophomore outside David Wolff. Seniors Andy Oliver in the middle and Andrew Chamberlain on the outside round out the starting unit. Kevin Li adds depth on the outside.

Prior to the loss to Glenbard West, New Trier earned sweeps over Warren on March 21 and Lake Zurich on March 23. With spring break in between, the Treivans’ matchup with West was their first game action in two weeks. Zoloto thinks the time off played a factor.

“We were too tense,” he said. “I think this was good for us, humbled us. … Now we have a tournament this weekend and I’m excited for it, because we got that loss out of the way.”

The Trevians lost in regional play a season ago, but in 2019 claimed a third-place state trophy. (The 2020 season was canceled as a result of the COVID-19 pandemic.) New Trier also earned trips to state the previous five seasons (2014-18), which included second- and fourth-place finishes in 2016 and ’18 respectively.

The Trevians have one state championship under their belts (1995) and are on the hunt for another.