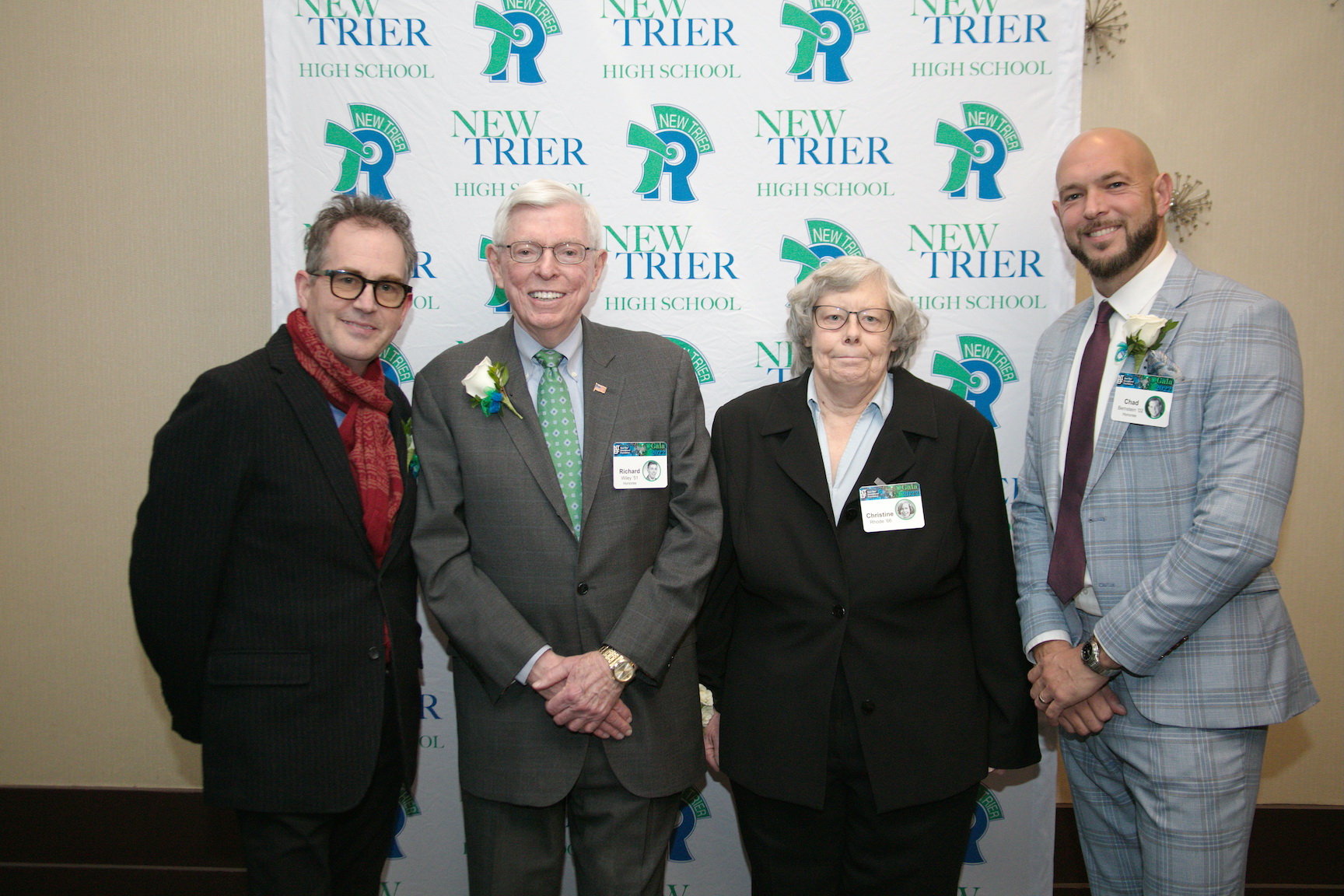 Gala 2022 doubled as fundraiser, collecting about $120,000 that fund grants in support of the foundation’s mission to “provide private funding for exceptional educational opportunities and special projects that are not funded — or are funded only in part — by the District 203 budget,” according to a press release from the foundation.

“(The donation total) means we will be able to fund more innovative and impactful programs that our teachers and staff can use to help our students reach their full potential,” Foundation Board Chairperson Scott Fowkes said.

The nine alumni who were celebrated joined 61 others previously inducted into the Hall of Honor, which was established in 2010.

“Each time we honor a new class of alumni honorees, I look forward to hearing about the impact a New Trier education had on their lives after graduation,” Sally said in the release. “So often we hear honorees speak fondly about individual teachers, coaches and staff members who encouraged and supported their future goals. These stories remind us that today, the words and actions of our compassionate and caring faculty and staff are influencing future leaders.”

The year’s honorees were: Fran (Feuer) Deken, Class of 1961, United States Bowling Congress Hall of Fame member; Bruce Dern, Class of 1954, Academy Award-, Emmy- and Golden Globe-nominated actor; John Donahoe, Class of 1978, Nike CEO; Justin Niebank, Class of 1974, Grammy winner and producer of some of the biggest selling records of all time; Deborah Rhode, Class of 1970, author, pioneer and a leader in the fields of legal ethics, access to justice and gender discrimination; Sharon (Percy) Rockefeller, Class of 1962, leader and policymaker in public broadcasting for more than 40 years; Nancy (Lynch) Scott, Class of 1960, trailblazer for women in the field of investment and commercial real estate development; Richard E. Wiley, Class of 1951, named the “most influential media and telecommunications lawyer in the United States” by the International Herald Tribune; and Chad Bernstein, Class of 2002, the young alumnus selection who is co-founder of Guitars Over Guns, a Miami-based nonprofit that creates safe spaces for youth to express themselves through music.

Niebank, Wiley and Bernstein accepted their awards in person, and Christine Rhode accepted the award for her late sister, Deborah. Guests watched pre-recorded remarks of honorees who could not attend in person.

“My father, Senator Charles Percy, was also inducted into New Trier’s Alumni Hall of Honor,” Rockefeller said in a submitted video. “Some of his longest standing friendships were those he made at New Trier. The same is true for me. I shall forever treasure my years as a New Trier student and the lasting impact that the school has had on me personally, professionally, and intellectually.”

The event was held at the Wilmette Paddle Tennis Club, where 24 pairs competed in a friendly tournament that raised more than $4,000 to serve the foundation’s mission, according to a press release.

“This was the paddle dream team,” said Nancy Schumacher, the chairperson of the foundation’s event committee, in a press release. “The event was a big hit and everyone who I spoke with during the evening commented about how great it was to be together again and how much they enjoyed the college theme.”

The foundation will host another event, Cheers and Beers, on April 29 at Double Clutch Brewing in Evanston.

Christian Heritage Academy Principal Joseph Torgersen has been promoted to the head of school.

The appointment was approved by the school’s board of directors and takes effect on July 2.

“Christian Heritage Academy is built on decades of commitment to offering an excellent, Christian education to serve families in the Chicago area,” Torgerson said. “I look forward to further developing the holistic student experience at CHA — prioritizing not only what students know but helping them understand who they are in Jesus and how they can grow in mission and service to the world.”

According to a release from the school, Torgerson grew up in Hong Kong. He graduated from Bethel University in St. Paul, Minn., with a history degree, and earned a master’s degree in education at the University of Missouri.

Torgersen taught in St. Louis before becoming a principal of an international school in Taiwan. With a Ph.D in education, he became principal of the middle and upper schools at Christian Heritage Academy in 2021.

“While these candidates were indeed impressive, Mr. Torgerson clearly stood out as an
exceptional educator and leader,” said Andy Bulluck, CHA board chairperson, in a statement. “His educational background and experience, commitment to Christian education, and exemplary leadership as principal this year make us confident that his leadership as Head of School will be instrumental in moving us into the season ahead.”