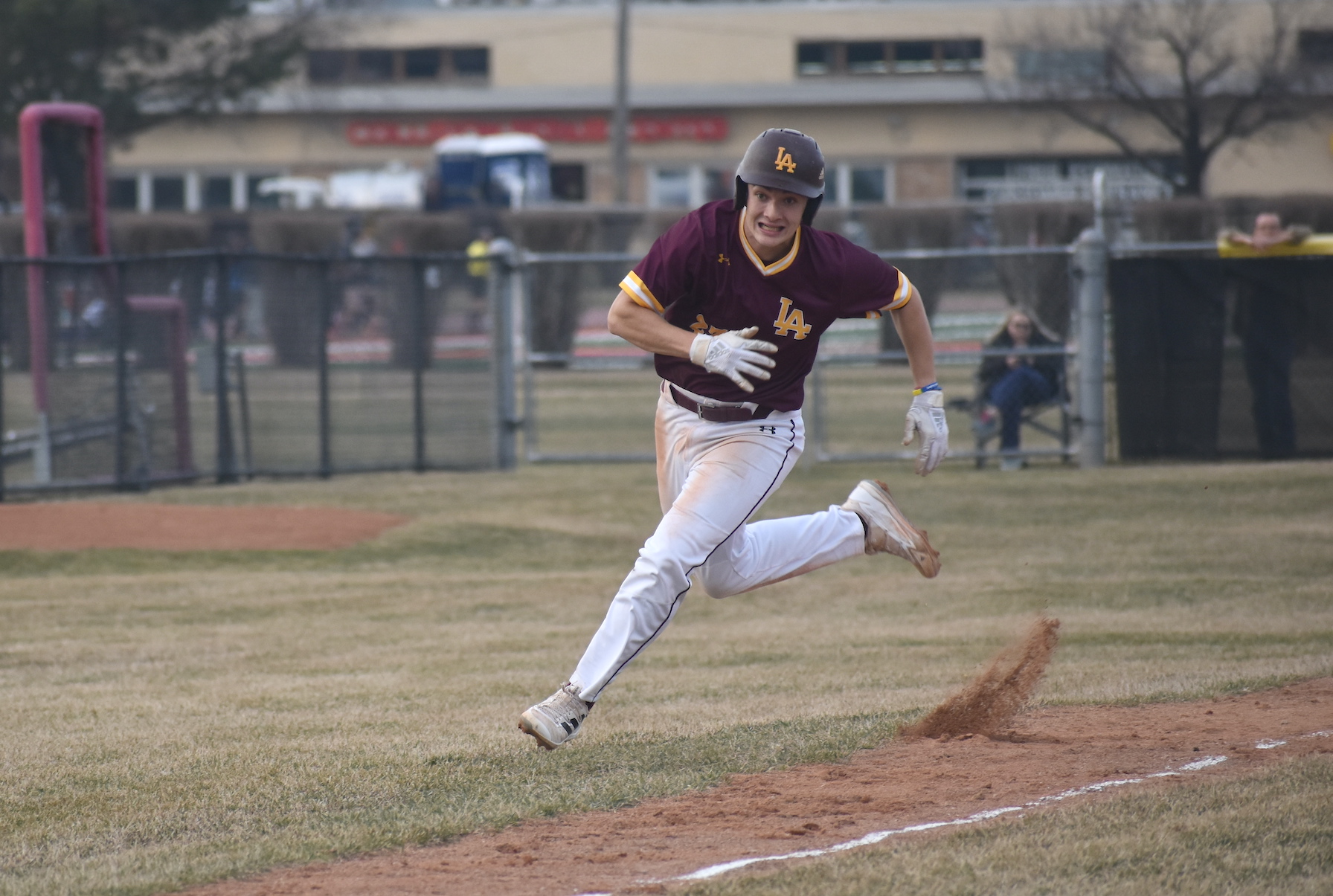 Maybe Loyola Academy hasn’t played the cleanest first three games of the season, but their record is spotless.

The Ramblers did it again on Monday, March 21, overcoming a late deficit to claim victory for the third consecutive game, this time with a 12-10 decision over host Niles West in a darkness-shortened, five-inning affair.

After building an early seven-run advantage on the Wolves, Loyola found itself chasing a run in the fifth inning. But the Wolves’ errors helped the Ramblers push across three runs to take a 12–10 lead that was secured by Loyola right-hander Liam Zidar.

“Every game has been a battle for sure. We got a resilient bunch though,” Ramblers first-year coach Josh Howard said. “We’ve been down, we’ve been up. We’ve run the gamut a little bit, but these guys stay in it and I’m proud of the way they compete.”

The Ramblers grabbed an early lead with a hit-happy second inning in which nine batters combined for five hits — including four doubles — and five runs. Senior Mike Regan (1-for-3, 2 runs, 2 RBI, 2 stolen bases) contributed the biggest knock: a two-run double to deep left.

But the Wolves quickly scrapped their way back into the ballgame. They scored eight total runs across the third and fourth innings on four hits and six walks.

Down 12-10 in the fifth, and with the daylight nearly extinguished, the Ramblers rallied. Ben Greismeyer walked and scored on an error; Regan, who had reached on the error, scored the go-ahead run on another error on a Connor Lasch ground ball; and then Max Oliveira doubled home Lasch for an insurance tally.

“When they punched us in the mouth (in the second inning), you just have to respond,” Loyola senior Roger Simon said. “You can either have a lead and give it up and give up or you can bounce back and keep competing. We kept competing and good things happened.”

Simon, a center fielder and one of the team’s leaders, finished 1-of-3 with an RBI, run and stolen base. Freshman outfielder Gael Urbita went 2-for-3 with a double and RBI.

The comeback victory was the Ramblers’ third straight. They started the year with a wild, 10-9 walk-off win over Fremd on March 16. Down 9-5, Loyola plated five in the final frame, punctuated by Urbita’s two-run single.

The next day, Thursday, March 17, Loyola was down 5-4 headed to their final at-bats, and Lasch came through with a two-run single to win it.

The trio of victories are a good start for Howard, who said he preaches the grind.

“With my mindset, this game is 21 outs — this one happened to be 15 — but we play till that last out is recorded,” he said. “I want that to be what we hang our hat on. Playing hard (out) 1 through 21 and hard-nosed baseball.”

Loyola graduated more than 10 seniors after the 2021 season, but there is plenty of life in the lineup. The Ramblers welcome back Simon, Regan and Lasch, along with Brendan Cohn, Haden Kriston and Kyan Gibbs, who were not in the lineup Monday.

When the lineup is fully formed, Howard expects some fireworks.

“We’re deep,” he said. “We’re missing a couple guys who are looking to get back. When we get them back, we’re excited where our lineup is going to go. And then I think the sky is the limit for us offensively.”

On the mound, the Ramblers will have a five-arm starting rotation with southpaw Michael Southard and right-hander Marco Arroyo leading the way, alongside Mike O’Brien. Simon also chips in on the bump, and Jonathan Tomasiello and Patrick Clifford are just two of the guys who will join Zidar in relief roles.

Loyola, who is coming off a 15-15 season, will need every bit of that depth to compete in the prodigious Chicago Catholic League, which again features some of the best teams in the state, such as Brother Rice, Providence Catholic and St. Laurence.

Simon and company are embracing the challenge.

“For us, I would say it’s three things really,” the senior said. “Be competitive every pitch; limit the errors … the really good teams in the Catholic League will make you pay; and get on base.”