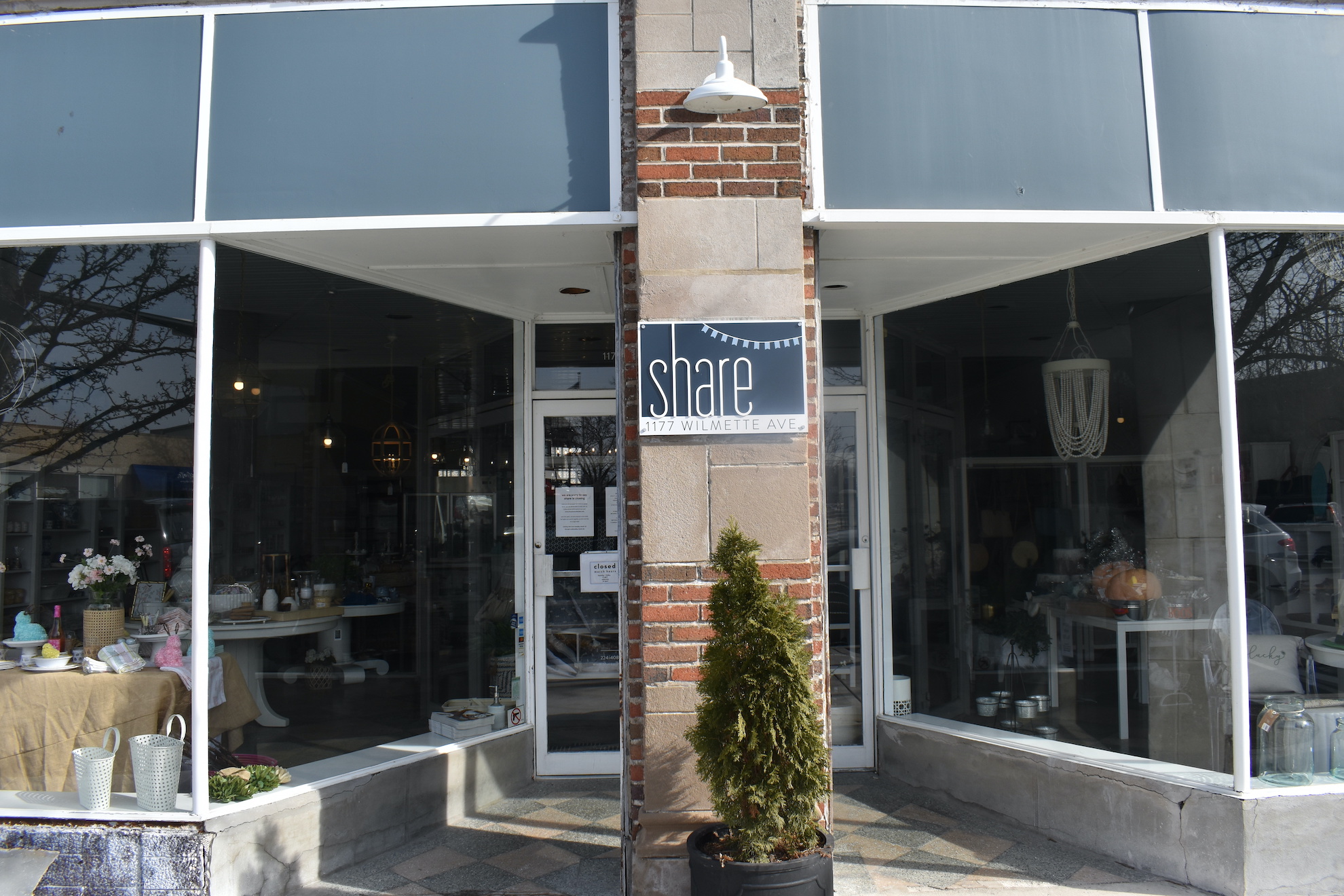 In the latest update, downtown Wilmette shop Share announced on March 13 that it will close its 5-year-old physical location this month.

Information of the pending closed was detailed in a physical letter on the store’s front doors and via Share’s Facebook account.

Owner Karen O’Sullivan, a Wilmette resident, wrote in part on Facebook, “Trust me this decision didn’t come easily. opening share was a dream of mine for a very long time. i had a vision and feel so fortunate that i was able to make it a reality. what i didn’t anticipate were the connections, loyalty, kindness and enthusiasm that all of you shared with me. i thank you so much for that!”

Messages from The Record were not returned as of press time.

In early 2017, O’Sullivan moved Share out of her home and into a space on the second floor of 1222 Washington Court in Wilmette. Later that year, the shop transitioned to a more visible location at 1777 Wilmette Ave.

Share features everything from home decor to kitchen and dining solutions to wellness products.

According to a message from O’Sullivan on share’s website, items in the store represented her “simple with a twist approach to home design and fashion.”

O’Sullivan and company opened a beach-themed sister store, shack, next door to share in 2019. Shack sold beach apparel and accessories and more. It closed in August 2021.

Though Share will remain open online (visit shopsharewilmette.com) the physical store will hold closing sales from 11 a.m.-4 p.m. throughout its final week. According to a social media post, all items will be 30 percent off through Thursday, March 17; 40 percent off on Friday-Saturday, March 18-19; and 60 percent off in the final days Tuesday-Wednesday, March 22-23.

In her Facebook post, O’Sullivan did not provide a specific reason for the store’s closing, but wrote that she is looking forward to spending time with family and friends.

“Now i am ready to focus on other visions; most importantly spending precious time with my family and friends. as you can imagine, a decision like this didn’t come easily or quickly, so we apologize for not giving you the same amount of time to wrap around this as we took,” the post reads.

Once vacated, the space will join 1193 Wilmette Ave. — the longtime home of Scandia Catering — as empty storefronts on the block.