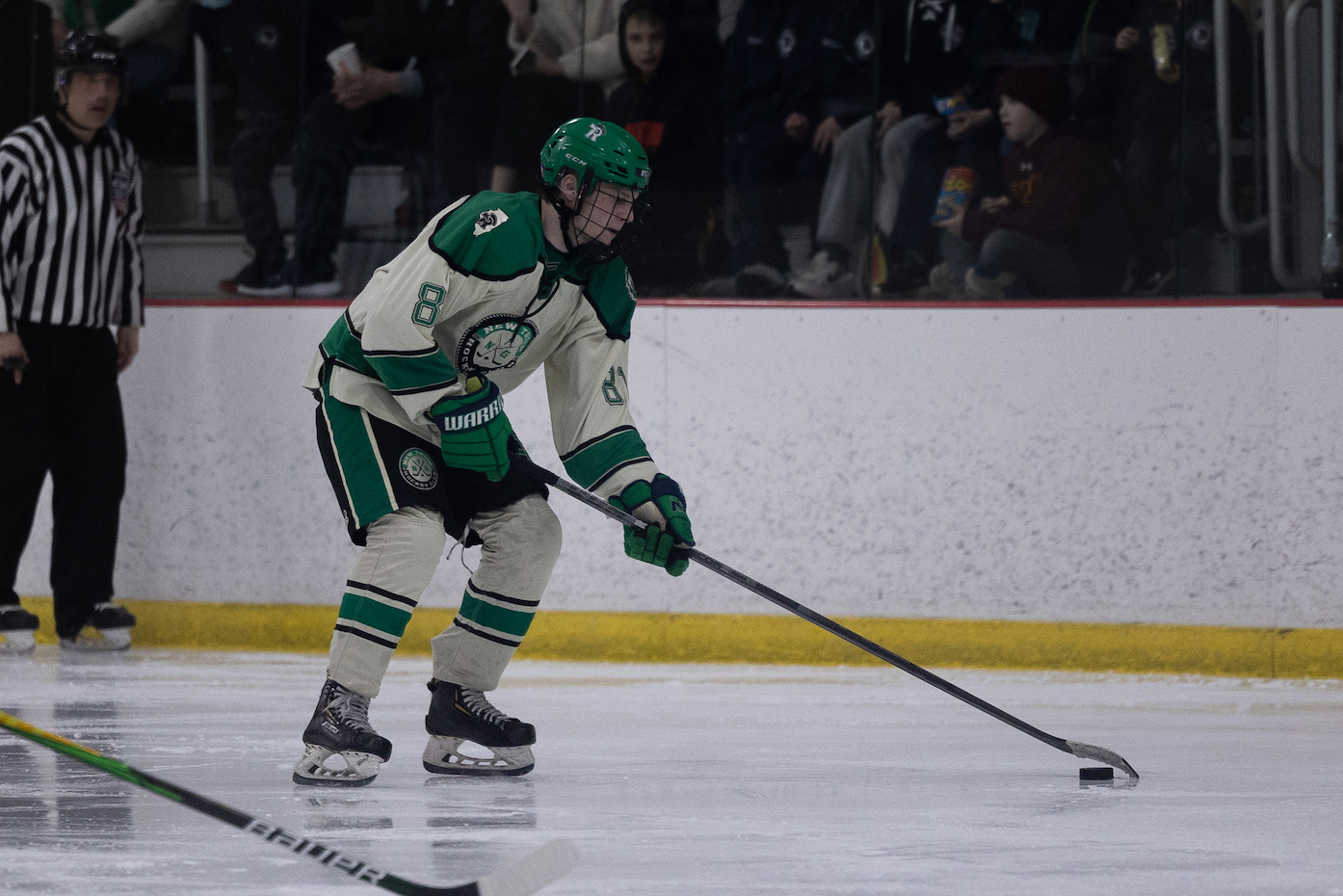 Butler Chessen was an All-State selection as a junior. | Photo by Rob Lange Photography

Butler Chessen is a junior left winger for New Trier Green. He was selected to the All-State team by the Amateur Hockey Association Illinois.

I don’t have any superstitions, but I would like to take a nap before a game and maybe grab Chipotle. … Once I get to the rink I have a pretty religious warmup routine.

2. What would you like to do after high school?

3. What is your favorite thing to do off the ice?

I just got a new puppies (Griff, 6 months old, yellow Lab; Gus, 3 months old, black Lab). I’ve been spending a lot of time with them.

Maybe like an FBI agent, sort of like James Bond. Or maybe just a dog trainer because I love dogs.

5. If you played another sport, what would it be?

6. What has been your sports highlight so far?

Definitely the state-championship overtime winner last year. I’ve grown up watching all (New Trier) Green championships, and to actually win one and score the winning goal is an amazing feeling.

7. If you won the lottery, what would be your first purchase?

Probably a cool car, like a BMW i8 or something.

Definitely mini Dove chocolates. I get a bag of those and usually finish the whole thing.

I was told to start the show “Friends” and I’ve become pretty hooked on it. I watched the whole series and it makes me laugh a lot and puts me in great mood.

10. How would you summarize this NT Green season?

We started off really slow. Talks we were maybe the worst Green team in history, but we turned it around after winter break, went on like a 20-game win streak. We clinched the No. 1 seed in the state tournament. We fell short in conference championship and then lost to VIator in the (state) semis, but made a lot of great memories and friends. I hope we can get a championship next year. I think we’ll have a great team and I’m very excited to get to work already.