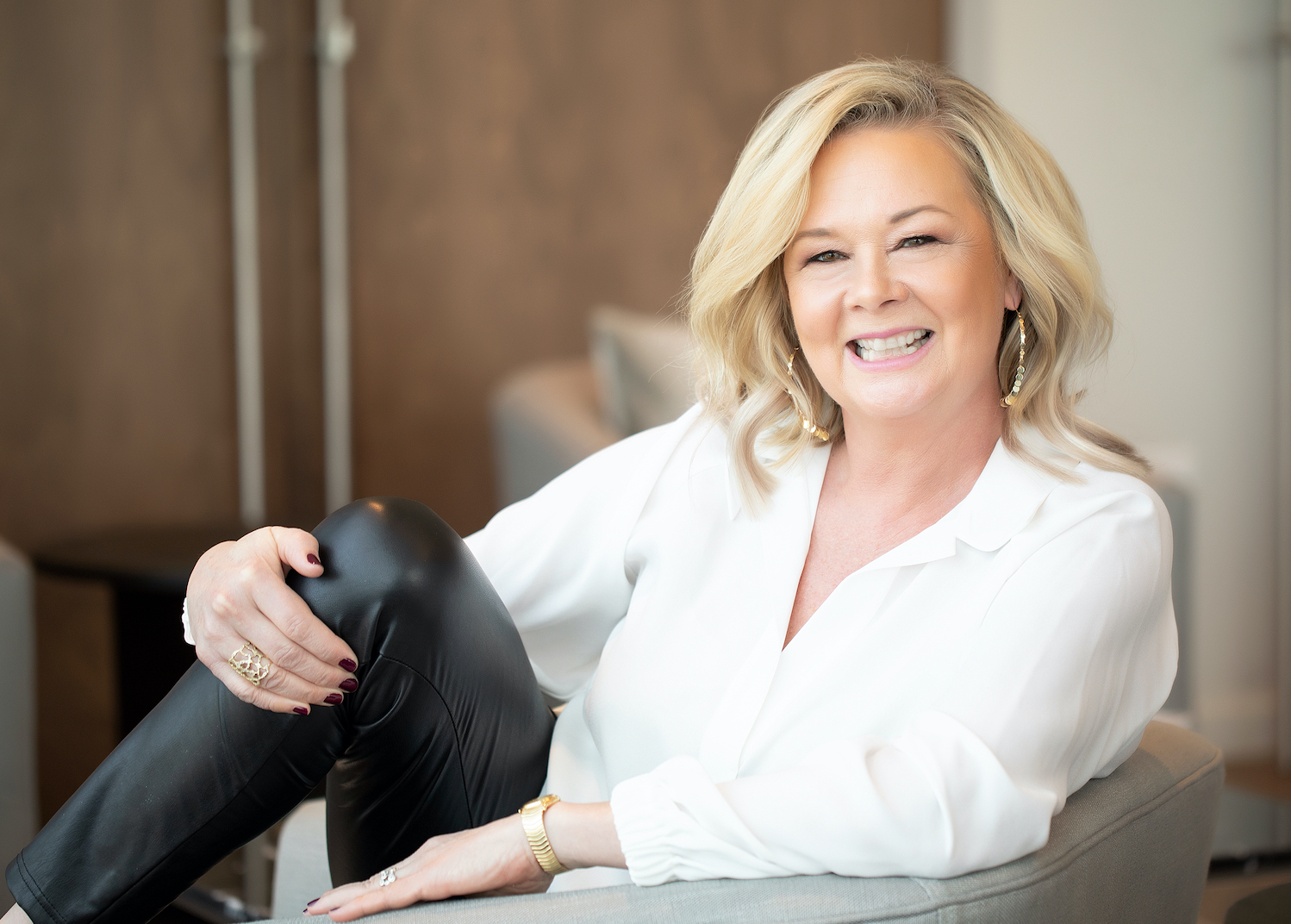 Linda Ann Weber was a graphic artist into her 30s, when inspiration struck during a printmaking class. | Photo by Robin Subar Photography

The 10-piece collection of large paintings is the first that Weber has completed with this many pieces at this size and is a significant milestone for the artist who, not so long ago, was working as a graphic designer.

As a child growing up in Evanston with an artistically inclined mother and sister, and exposure to places like the Art Institute of Chicago, Weber was steeped in creativity. She went on to earn a bachelor’s degree in art and worked for years as a graphic designer.

In her mid-30s and living in North Carolina, Weber decided to take a printmaking class.

Though her objective with the class was simply to meet new people, Weber found that working on art satisfied a long-standing creative itch.

After a few years experimenting with techniques and styles and attending more workshops, Weber decided to dedicate her time to her own work. She scaled back her graphic design business and built her body of work, and by the end of 2015, she launched her website and was a full-time working artist.

“It was intimidating at first because I was so used to people telling me how they wanted things designed, what typeface to use,” Weber said. “When I first looked at the blank canvas, I thought ‘what did I want to say? What did I want to do?’”

Now Weber finds inspiration working from her home studio in Winnetka, converted from the screened-in porch that overlooks her backyard. Painting there allows Weber to experience and be influenced by the change in seasons, as seen in the “White Impressions” collection developed in concert with a snowy landscape this past winter.

Weber can be found in her studio most afternoons, which she calls her strength time for creation. While some of her artwork follows a plan, Weber allows plenty of space for intuition and experimentation.

“My process is usually very playful, just to see what the paint can do,” she said.

For “White Impressions,” Weber picked five limited color combinations and created two of each combination. Wanting an overall white atmosphere with color and texture coming through, she used a multi-layered process of painting and mark-making and experimented with a variety of brushes and tools. She collaged in typography (a nod to her design background) and “whited” over the canvas, creating abstract pieces with a contemporary feel.

Since returning to the North Shore 16 years ago, Weber has found her art to be bolstered by the strong local arts community. She is a member of North Shore Art League, and over the years has been involved at Evanston Art Center and The Art Center Highland Park.

“We have a great group of artists on the North Shore and in the city of Chicago,” she said.

Looking ahead, Weber is hoping to show her art in local galleries as she did with previous works, and expects her next pieces to be influenced by spring with brighter colors — though, considering her playful, experimental creative style, it’s hard to make too much of a prediction.

“Now I feel like I finally understand it. It’s kind of like a mysterious journey. I have fun. I feel like I’m telling a story but there’s no ending to the story because I want the viewer to figure out the story for themselves.”