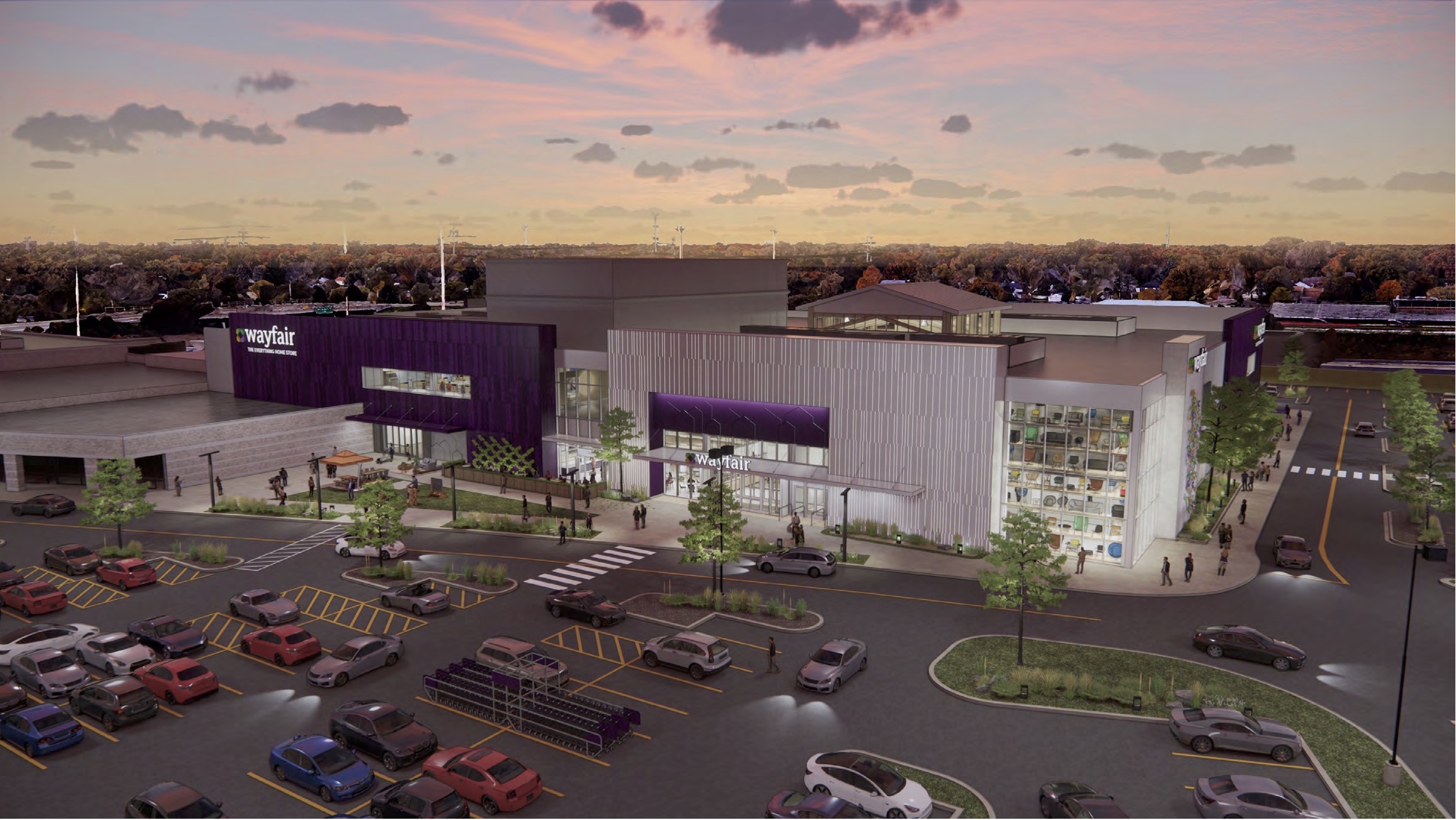 Wayfair moved a step closer to its Wilmette debut.

The online retailer’s designs for its first brick-and-mortar store — which is planned for Edens Plaza as first reported by The Record in January — received final approval with two variances from the Village Board on Tuesday, March 8.

The design plans also received unanimous approval from the village’s Appearance and Review Commission on Feb. 23.

Wayfair will be taking over the 150,000-square-foot space left vacant by Carson Pirie Scott in 2018. The store plans to open within 18 month, or in the second half 2023, according to village officials.

Next up, Wayfair officials must submit to the Village a building permit application to occupy the Carson’s space, and Edens Plaza’s new owners will submit plans to modernize the shopping center; those plans include lightening the color of the brickwork and adding vertical landscape features.

Wayfair’s plans approved March 8, according to the Village Board’s packet, call for demolishing storefronts (occupied by Starbucks, Men’s Wearhouse and Tux, GNC and H Marion Framing Studio) on the east side of the building, installing new purple and white cladding on all sides, and placing canopies and new landscaping.

The approved variations allow Wayfair to install new building overhangs, the cladding and a clerestory — a small, windowed section of the roof that brings natural light into the building. Sign variations also give Wayfair the flexibility to add more than one sign per exterior wall and a sign on the entryway canopy.

“This is an exciting day for Wilmette,” Village President Senta Plunkett said.

“It’s just an incredibly exciting project for our community and for Edens Plaza,” he said. “This is going to be transformative for the center and for our residents.”

In addition to Wayfair, Edens Plaza was recently purchased by WS Development, located in Boston, which has said it plans to revitalize the shopping center.

Jeffrey Curley, with WS Management, praised Braiman and the village staff for all their work.

“We could not have done this without them and their guidance and their general assistance throughout the process,” he said.

“You have all been so helpful, so responsive throughout this entire process, and we’re just really excited to now officially be a part of the community,” Goodner said.