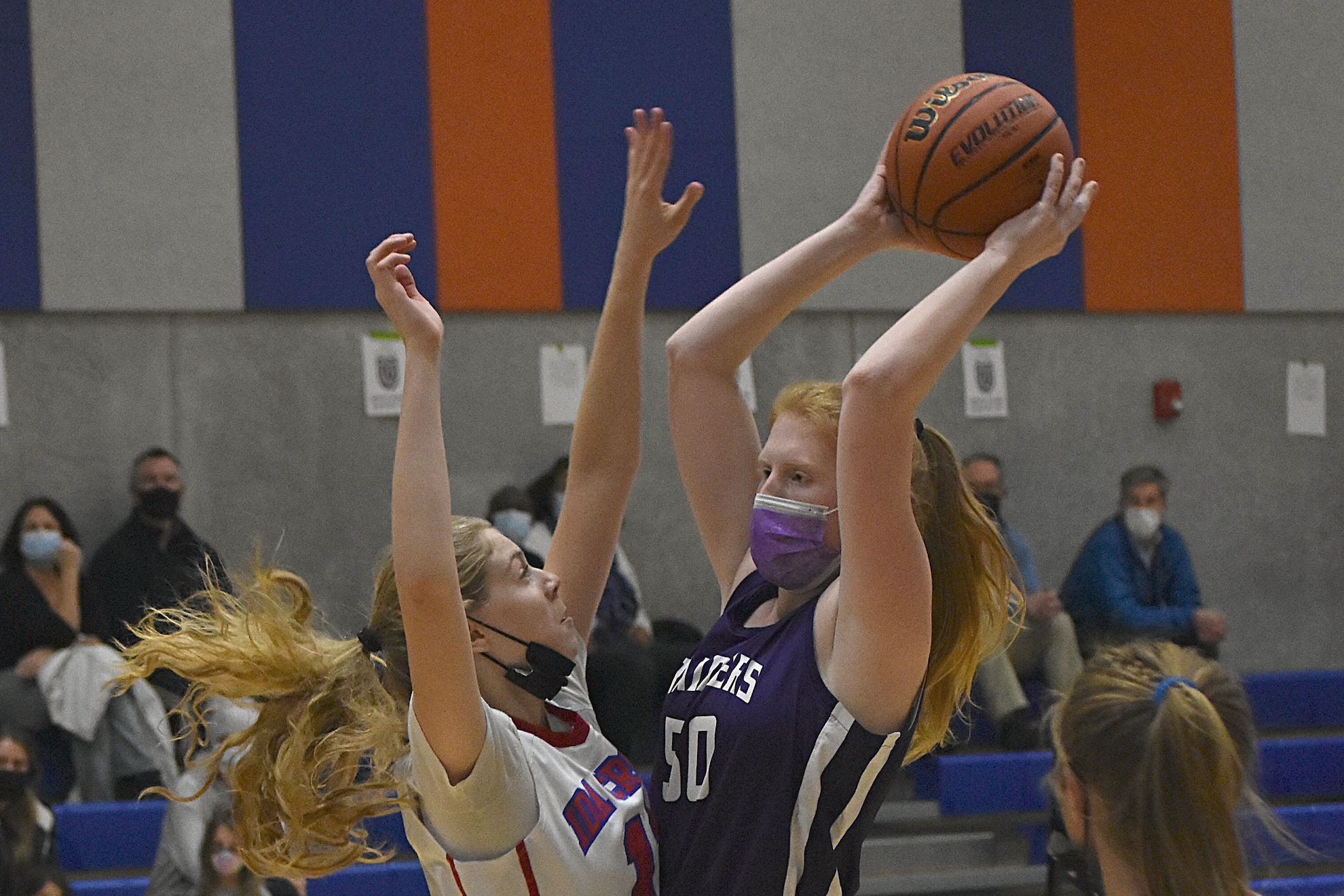 The 38-36 loss in the IHSA Class 1A Wolcott Regional Final was a bitter pill to swallow for the Raiders, who finished their season with a 16-8 record, 5-1 in the Independent School League.

Ida Crown won the first meeting between the two, 45-44, on Jan. 18, and the Raiders seemed primed to avenge their earlier loss.

But it wasn’t in the cards.

“I think one of the issues in the game for me is we did not convert on putbacks,” NSCD coach Bruce Blair said. “We had a pretty decent game with offensive rebounds, and we didn’t get enough putbacks on those. Our shots just didn’t fall.”

Playing from behind most of the night, Ida Crown went ahead three minutes into the fourth quarter thanks to an Alex Schreiber putback bucket and two Illana Schwartz free throws.

Ida Crown then held a 32-31 lead it did not relinquish.

Down the stretch in the fourth quarter, the Aces hit all six of their free throws, including two more from Schreiber and two from Shiri Kolom.

Kolom scored a team-high 12 points for the Aces, and Yollie Stark added 10.

Raiders junior Bethany Bulwa, who scored 19 points, sank a floater with 1:27 to play to pull the Raiders back within three points, but after Kolom’s free throws, the Raiders ran out of time.

North Shore Country Day missed four consecutive shots on one possession with shot after shot falling off the rim with just over a minute left. Missing senior forward Ellie Stevenson with an ankle sprain also hurt the Raiders late in the game.

Bulwa did her best to keep the Raiders’ season alive, including hitting a bucket through contact, but the Raiders fell just short after a bizarre sequence in which the buzzer sounded, 0.9 seconds were put back on the clock and the Aces went to the free throw line, where they missed the shot and the clock ran out.

Blair said he wished the team better established Bulwa in the early going, as 9 of her game-high 19 came in the fourth.

“She averaged 20 in league play and she’ll be All-Conference for sure,” Blair said.

The Raiders have been mainstays in regional final games, having won three in a row under Blair from 2017-2019.

Senior guard Alma Fitzgerald — who transferred to North Shore Country Day from New Trier for her last two years of high school — scored 10 points and reflected on the decision to change schools.

“It’s been great. New Trier is a great school. It was a great basketball team over there,” Fitzgerald said. “I transferred because I felt like North Shore was a better fit for me and I’m really happy with my decision.”

“There were a couple of their three-point shots where we practiced getting out ahead of screens and showing so that they don’t even try it and we didn’t and they tied it,” Blair said.

“We had some new faces, new people to basketball and I feel like we really developed as a team,” Fitzgerald said.

Hudson, who operated mainly in the high post and was a primary passer in the middle of the Raiders offense, scored a bucket in the third to put NSCD up two and later had a two-handed volleyball-esque block that led to a Bulwa fastbreak layup as the Raiders went ahead 31-28 early in the fourth.

In addition to Hudson and Fitzgerald, the Raiders will lose seniors Ashley Zabel, Isabella Carlino and Stevenson.

“This was a totally new experience for her,” Blair said of Hudson. “She’s also a terrific student, early decision to Vanderbilt. When she started, she was really unsure of what to do, and she never really played. She had no real experience. But look, she’s the fulcrum of our passing game and I thought she did a real good job on rebounds, she became much more authoritative on rebounds, her passing is generally very good.”

The Raiders’ zone confounded Ida Crown in the first quarter, as the Aces were only able to get six shots off to NSCD’s 16.

North Shore Country Day ran in transition early, leading to a pair of buckets from Emi Comeau (5 points) and a 10-2 Raiders lead after a quarter.

Fitzgerald, who spoke of her admiration for her coach after the game, received even higher praise from Blair.

“She’s been fabulous. She has great spirit, she hustles all the time,” he said. “You’ll notice she doesn’t get beat on defense very often. She had an off shooting night outside tonight. Normally she’ll hit those… she does everything for us. She hustles and she really cares.”