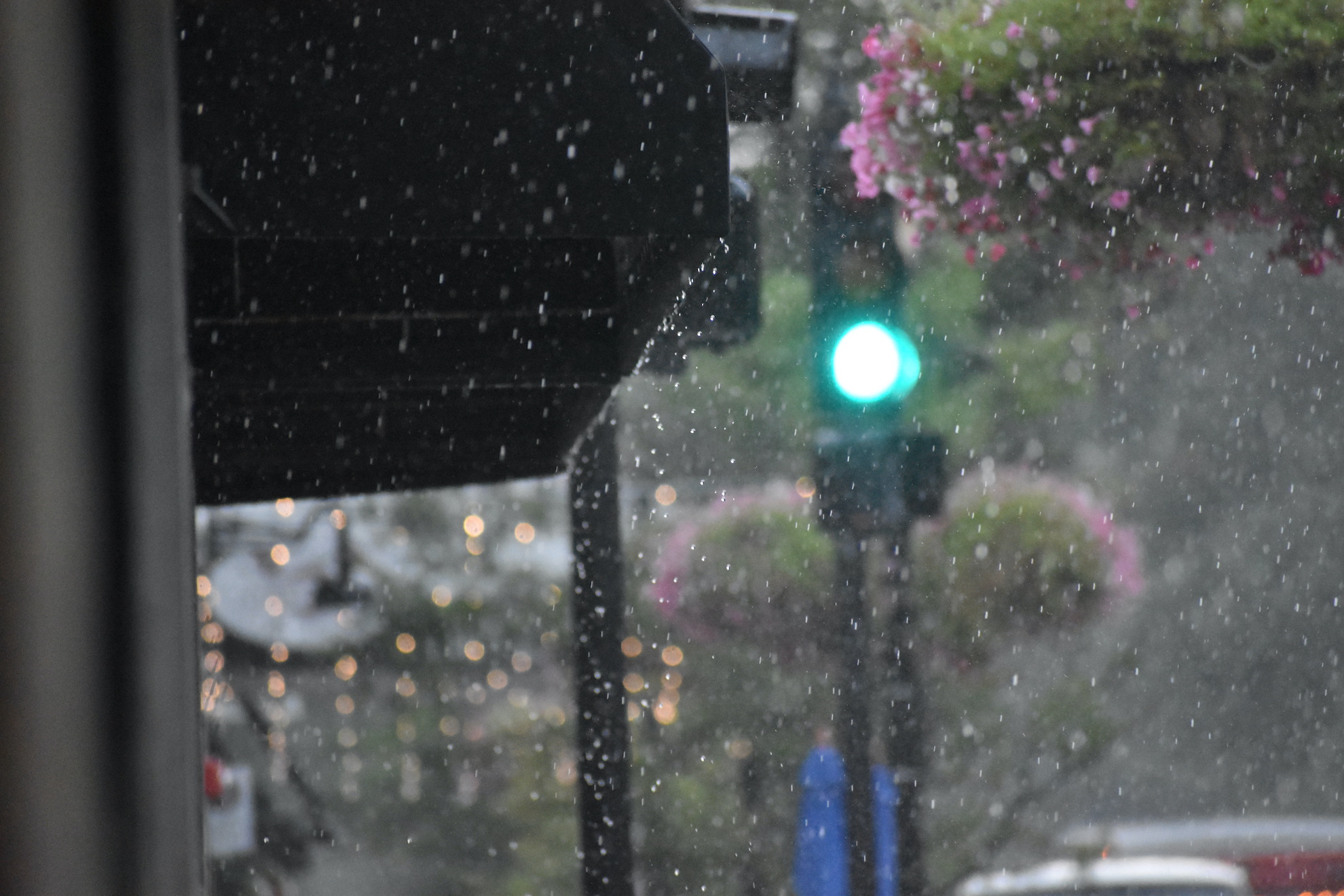 A rain storm is forecasted for Wednesday evening, Feb. 16, and precede a day full of precipitation in Wilmette and the surrounding area. | The Record File Photo

(Editor’s Note: This story was updated at 12:45 p.m. Wednesday with adjusted information from the National Weather Service at Chicago.)

For those who like seasons, the North Shore could see weather associated with three of them over the next two days.

The National Weather Service is warning that a “potent storm system” may replace 50-degree temperatures with high winds, rain, sleet and eventually snow across Wednesday and Thursday, Feb. 16-17.

According to the service’s forecast, heavy rains will roll through Chicagoland on Wednesday evening, starting around 4 p.m. The system will transition overnight to a wintery mix of precipitation and then potentially deliver several inches of snowfall and single-digit temperatures by Thursday evening, Feb. 17.

The NWS reported that a gap in precipitation should occur from 6-11 a.m. Thursday, and snow may begin to fall around 2 p.m. Some Chicago suburbs could see 6 or more inches of snow on Thursday, while between 1-4 inches are predicted for the North Shore.

The snow event would be the third of significant volume over the past three weeks in the North Shore. On Jan. 28, up to 10 inches of snow piled up in Wilmette, and the following week, between 3 and 6 inches dropped in the area.

Wednesday’s midday temperatures are predicted to surpass 50 degrees prior to the storm’s arrival. While the most impact is projected south of Chicago, the weather service is estimating about 1 inch of rainfall for the Wilmette area.

The rain will transition to freezing rain and sleet early Thursday before it turns to snow in the midday hours, according to the service. It added that strong winds, of between 45-50 mph, will persist with the storm system.