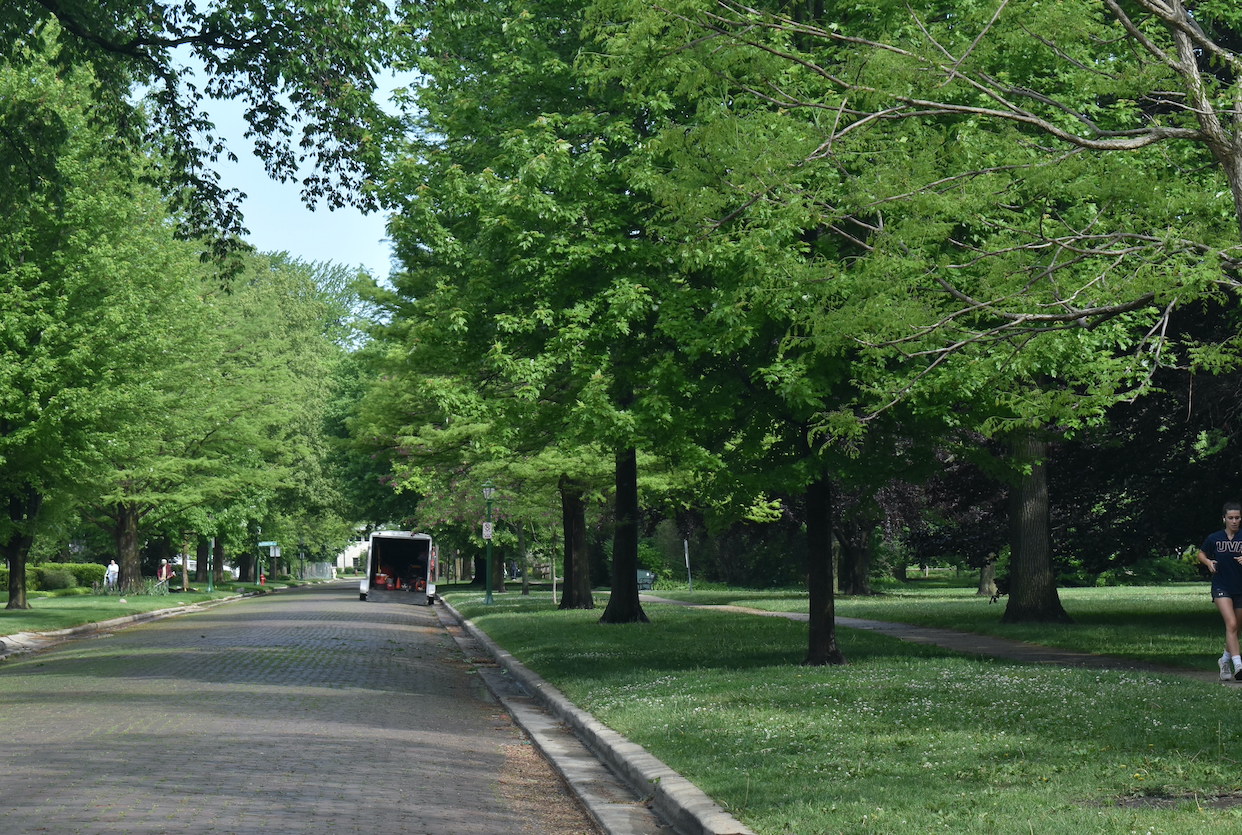 The Wilmette Village Board of Trustees heard opposition and concerns from residents regarding a number of proposals in the village’s revised tree preservation policy that was presented to the trustees for the first time on Tuesday, Feb. 8.

The proposed ordinance, which has been discussed by the village’s Land Use Committee over the past few months, has a number of goals, according to Village Manager Mike Braiman.

“The real goal here is to minimize trees that do not have to come down,” he said. “It’s also then to ensure sufficient replacement requirements are in place when a tree does have to be removed. And the focus was on reforesting and not generating revenue.”

Braiman said the existing tree canopy policy, which was adopted in 2007, was not working.

Among the proposed changes are: that a certified arborist submit a tree survey and tree protection plan for any residential demolition or construction; requirements for which trees would need to be replaced if they were taken down; requirements for replacement itself, including an “inch-per-inch” replacement system; and a prohibition on tree removal in what the village calls “required yards” (front yard, side yard and rear yard, with the exception of trees that are within the buildable lot, according to the board packet).

There are also proposed increase costs for tree removal; although if a tree is dead, dying or near the end of its life, those fees could be waived.

One proposed change that drew ire and confusion was the neighbor notification requirement, which says that neighbors adjacent to the subject property must be informed of the intent to take down trees. The neighbors could then object to a tree removal and start a review process that includes the Zoning Board of Appeals.

Meg Maris, a Wilmette resident who also works as a builder, said she’s encountered neighbor conflicts over her family’s elaborate Christmas display and is worried that given the neighbors power to object to tree removal could lead to greater issues.

“Leaving it up to the Village? OK. Leaving it up to the arborists? OK,” Maris said. “But when you invite the neighbors in for their opinion, you’re inviting in so many other issues that come far and beyond just the scope of the tree. It’s too much.”

She said builders already have restrictions in place, and getting the neighbors involved would only make it more difficult.

“If we have an overbuild and we’re going to damage those roots, there’s nothing we can do,” she said. “Those site setbacks, we are so limited.”

Diane Wilson, a local designer and builder, said that she is a tree lover and has always been careful not to damage existing trees in her projects. In addition to echoing Maris’ comments, she also said not including the site setback in the buildable area will cause problems for builders and those who want to develop.

Other speakers said they felt some of the proposed fees for tree removal and tree replacement were too cost-restrictive, and others said they felt that the village failed to adequately communicate the ordinance changes.

Village President Senta Plunkett said that she believed adequate notice was given, but at the same time understood those who said they weren’t aware of the process, saying “it’s hard to reach residents sometimes where they live and where they are to get peoples’ attention.”

“We did our best, but we know that this happens, and now we’re speaking again,” she said. “We understand your comments.”

Plunkett also praised the work of the village’s Land Use Committee on the proposal.

“The Land Use Committee has been working very hard,” she said. “And we do appreciate how much they have been working.”

Trustees were in agreement that the neighbor notification process and setback guidelines need to be looked at again.

“We need to look at this side yard issue and over-dig issue,” Trustee Kate Gjaja said. “I’d like to revisit that a little more in terms of how we handle that specific thing unique to our community and smaller-sized lots that we have.”

Trustee Kathy Dodd, who serves on the Land Use Committee, said the neighbor notification and setback guidelines were only discussed at the last meeting, and she understands why people were coming out to talk about those specific aspects of the proposed ordinance.

Dodd added that she believes everybody wants to preserve trees, but the process of how to actually do that is a challenge.

“We’re not debating the real core here,” she said. “I think we’re just making sure people are aware of what we’re doing and the final decisions we make are the right ones.”