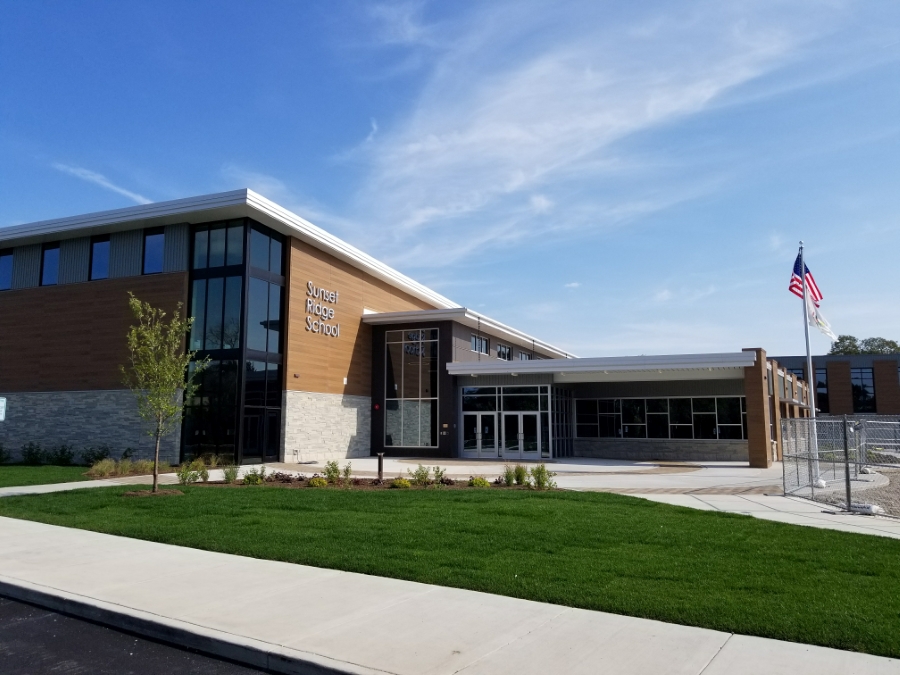 The Sunset Ridge District 29 Board of Education has decided to make a decision.

During a special meeting Tuesday, Feb. 8, board members set in motion a plan that will lead to a Feb. 22 vote on whether the district will maintain its universal masking policy.

The meeting was called in response to a court ruling on Friday, Feb. 4, when Sangamon County Circuit Court Judge Raylene Grischow issued a temporary restraining order against Gov. J.B. Pritzker’s school mask mandate for 146 school districts named in a lawsuit.

Districts and schools statewide were quick to react to the decision. Local districts named in the subject lawsuit, Glencoe 35 and Winnetka 36, made masks recommended but not mandatory, while those not named — such as New Trier High School 203, Wilmette 39 and Avoca 37 — reaffirmed their commitment to universal masking for the time being.

Sunset Ridge opted to call an emergency meeting to discuss its options. To begin the meeting, Superintendent Dr. Ed Stange provided the board with an overview of the district’s COVID-19 mitigation plan and the court’s decision, as well as guidance the district uses to inform its decision-making.

According to Stange, the district’s counsel, Franczek P.C., recommended that District 29 follow its current mitigation plan, which includes universal masking.

Stange also presented the results of a recent districtwide survey (303 responses) that showed parents were nearly split on if they thought the district should change its current mask policy — 51.8 percent wanting the change, 46.5 percent wanting no change and 1.7 percent unsure.

Stange said that while the results varied, a theme developed in survey comments that the district should be thoughtful with any change it makes.

In that context, Stange asked that the board give staff time to roll out a new policy.

“Whatever the board decides tonight, what I need is time to implement that,” he said. “ … Our secret sauce has been strategic and methodical … for two years. What I am asking is let’s not throw that out the door.”

Eleven individuals spoke during the public-comment portion of the meeting, with most advocating for a pivot to a mask-optional policy. Three D29 teachers were among the speakers and asked the board to maintain universal masking that continues to be recommended by the Illinois Department of Public Health.

Board member Holt Zeidler said he no longer trusts the IDPH and other health organizations that offer guidance to schools locally or nationwide.

“I can’t any longer defend some of the agencies giving us guidance,” he said while pushing for a district shift to a mask-optional policy.

Rory Welch agreed and said he would “go mask-optional tomorrow” but supports Stange’s request for more time — if it’s “days not weeks.”

Welch and Zeidler’s opinions were countered by Abigayil Joseph, who reminded the board that while the audience may have favored mask-optional, parents were split on the measure and teachers were heavily against it, according to the survey.

“I want masks off too, but I’m not sure we’re there yet,” she said.

Board President Scott Subeck was wary of any policy change while an appeal to the restraining order was pending. Following Grischow’s ruling Feb. 4, Pritzker quickly challenged, with Ill. Attorney General Kwame Raoul filing an “expedited appeal” in the state’s fourth district court.

Subeck was firmly against an immediate move to mask-optional, because of the potential difficulty on students to move back and forth between masks and no masks — if an appeal were successful.

The audience was active during the board discussion, cheering when a board member pushed for mask-optional and at times interruptive when a member supported maintaining the current policy.

Both Subeck and Joseph urged the crowd to cease the disruptions.

“The impatience is unbelievable,” Joseph said.

While all board members agreed a decision needed a “sense of urgency,” Sam Dotzler proposed a motion that attached dates to that urgency.

The board agreed to review and refine a change to its COVID-19 mitigations, including masking, at its regularly scheduled meeting Tuesday, Feb. 15, and to make a final decision on the matter at a special meeting on Tuesday, Feb. 22.

Until a decision is made, the current policy, which includes universal masking, will remain in place.