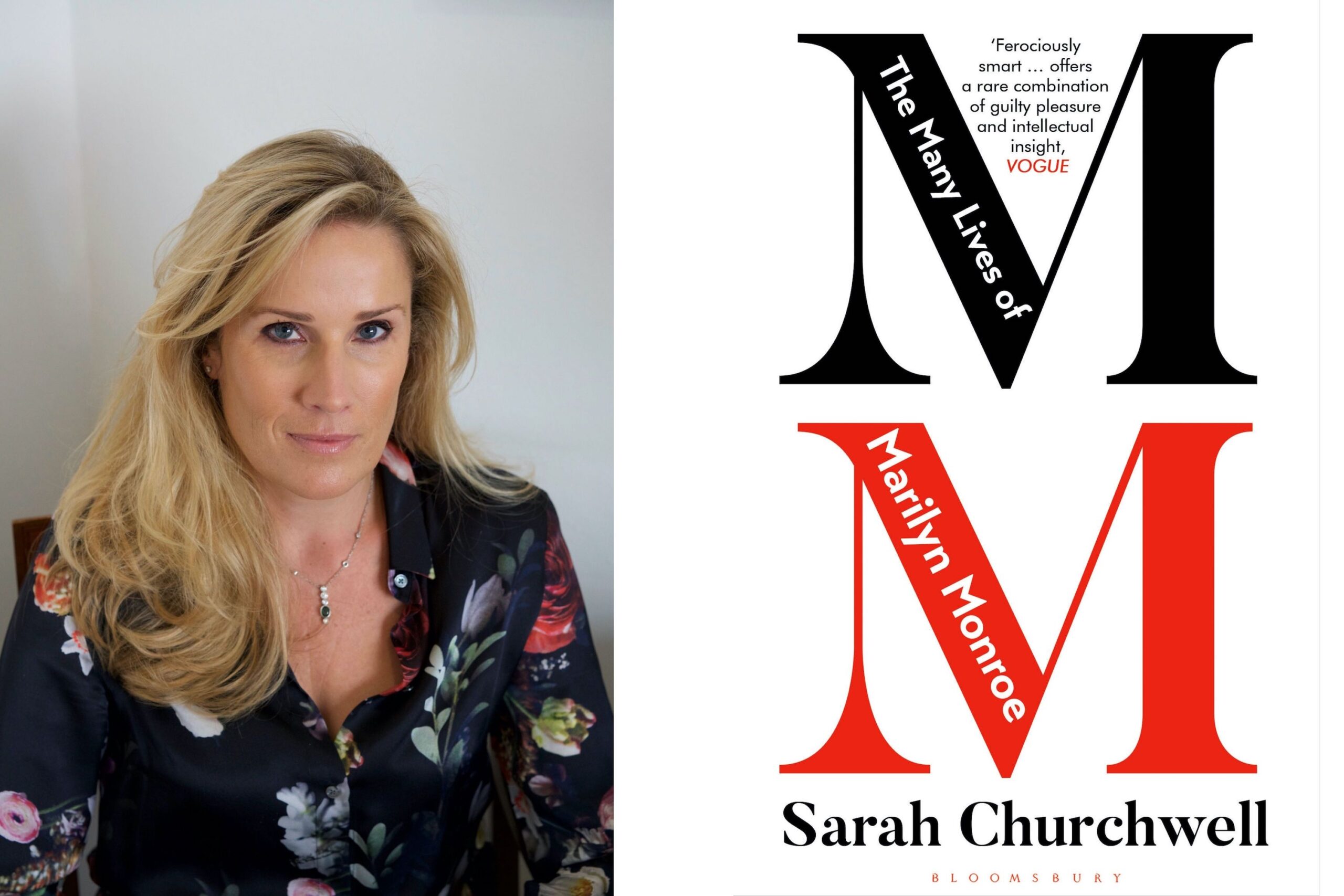 Sarah Churchwell published the book "The Many Lives of Marilyn Monroe" in 2004. | Photos Submitted

Biographies are marketed as enlightening accounts of influential and captivating people.

But when Sarah Churchwell, a New Trier High School alumna, read a biography to learn more about the tragic death of icon Marilyn Monroe, she did not feel enlightened.

“I realized it was this factory of fiction,” Churchwell said. “They all claimed to be biography but they were simply not telling the truth in any way that we understand that phrase. And what a reasonable reader of biography would expect to be getting is not what you’re getting.”

Using that as motivation, Churchwell began what she called “a bit of a crusade” 20 years ago to counter the “cultural lie that was being told” about Monroe’s death and life.

The efforts of Churchwell — which were published in her PhD thesis and her 2004 book, “The Many Lives of Marilyn Monroe” — have been revived by CNN for a four-part documentary called, “Marilyn Monroe: Reframed,” that uses Churchwell’s work as its foundation.

The docu-series is an all-female production narrated by actress Jessica Chastain. It premiered on Sunday, Jan. 16, and wraps up with the final two episodes on Sunday, Jan. 23.

According to CNN, the project “re-examines Monroe’s story to uncover themes of feminism, sexuality and power to drive the cultural conversation today.”

To Churchwell, the profile of Monroe offered in the CNN series is in stark contrast to the biographies she read that framed the Hollywood star as a tragic victim who was overpowered by a male-dominated industry.

Churchwell contends that many biographers and historians — most of whom were male — made a lot of leaps about Monroe’s character as they attempted to understand and explain her actions.

“You can only see that if you stack the books together and see how they contradict each other, steal from each other, make (stuff) up outright,” she said. “And I just got so interested in that that it took over what I was doing. I was also on a bit of a crusade because I felt like there was this big lie being told and we deserve to know. This is nonsense.

“So I just felt something for me that was urgent in that. It was this cultural lie and it was sexist and gross and I just really wanted to take it on.”

When she turned 7, her father gave her a book with the inscription, “To the little girl who likes words.” Churchwell remembers reading near the lake while living in Winnetka or “sitting on the rooftop on a spring day and plowing through novels.” She started to write her own novel at age 12.

While at New Trier High School, Churchwell took creative writing classes and edited the school’s literary and arts magazine, Calliope. Outside the classroom, she became infatuated with Old Hollywood and black-and-white film.

“That’s how I misspent my youth as a teenager at New Trier,” Churchwell joked. “I just got really into (old movies) as a teen. Everybody else was into David Bowie and I was watching Cary Grant movies. Just a total geek.”

Specifically, Churchwell was enamored by the “fast-talking, strong women,” often played by screen icons such as Katharine Hepburn and Bette Davis. In that context, she naturally got curious about Marilyn Monroe.

Churchwell matriculated at Vassar College and earned a degree in English literature before collecting master’s and doctorate degrees in English and American literature from Princeton.

During her collegiate years, Churchwell discovered nonfiction writing was a viable path, something she thinks should be better communicated to young writers.

“I wish when we were growing up that people reminded us that there were other kinds of writing and fiction isn’t the only thing that makes you a writer,” she said. “I think I have various instincts for history and nonfiction, but people didn’t talk about that as writing. I wish someone pointed it out to me. It took a long time to figure that out.”

Churchwell became a literature professor in England, first at the University of East Anglia, and then in the School of Advanced Study at London University, where she also teaches humanities and is the director of the Being Human festival.

After authoring the Monroe title, Churchwell got back to what she called her “true love,” the world and community created by F. Scott Fitzgerald and his most famous work “The Great Gatsby.” She released “Careless People: Murder, Mayhem and the Invention of The Great Gasby,” in 2015.

Churchwell is also a journalist. She has been more active in news writing for the past five years and specializes in politics and history. In 2021, she was longlisted for the Orwell Prize for Journalism for her political commentary.

Though her work is nonfiction, Churchwell said much of it — including Gatsby, the American dream and Monroe — shares mythical attributes that she unpacks and at times, debunks.

“Where I sit is in a space around American icons and American myths,” she said, “where American literature, culture, film and history mix. Marilyn is the least historical of my books and is the most cultural. … Marilyn and Gatsby actually have an enormous amount in common. She’s a total Gatsby figure: She came from poverty, she changed her name, she reinvented herself, she became the perfect version of herself that everybody wanted her to be and it killed her.”

The final two episode of “Marilyn Monroe: Reframed” will air at 9 and 10 p.m., respectively, on CNN.