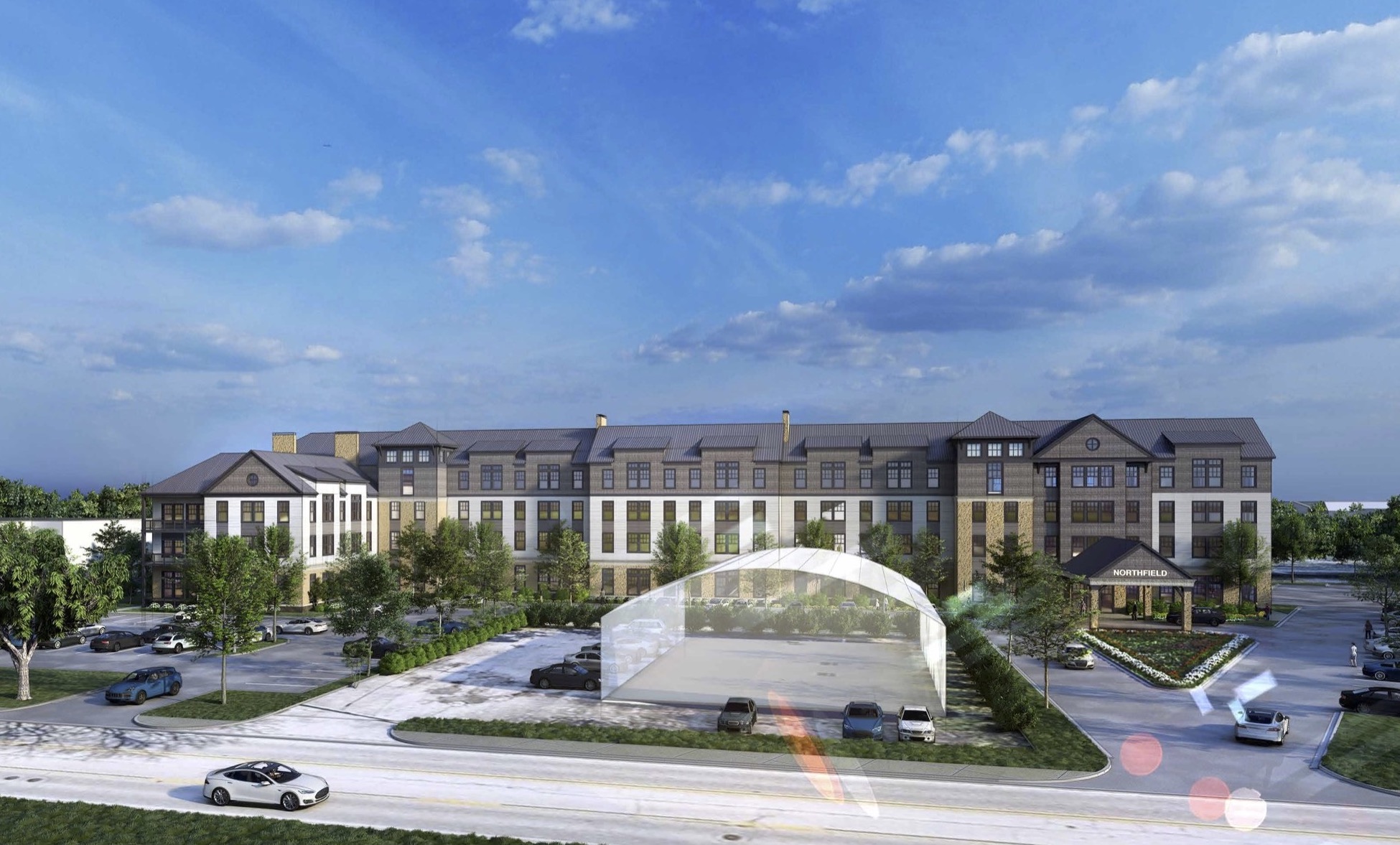 On the one hand, the Northfield Village trustees said a proposed senior housing facility would be a welcome addition to the North Shore community.

On the other hand, they were clear in their commentary that the proposed location, currently in a commercially zoned area, is not the right direction for the community.

The proposed facility planned for two lots, 778 and 790, on Frontage Road was the main topic of discussion at the board’s committee of the whole meeting Tuesday, Jan. 18.

Currently, that area is zoned for offices/research and is not zoned for residential purposes. Northfield’s Vision Plan 2040 — the comprehensive plan approved by trustees in July 2020 — specifically encourages an expansion of car dealerships along the Frontage corridor, according to the board packet.

The project’s applicants, Clayton McCaffery and Jack Buck, previously appeared in front of the Preliminary Plan Review Commission in November, and on Tuesday shared why they believe senior housing would benefit Northfield.

McCaffery said, citing village data, 50 percent of Northfield residents are 50 years of age and older, which matches up with nationwide statistics that 10,000 people turn 65 or older every day.

“Buy a home, raise your family, age in place, find a new place to live, have your family come in,” McCaffery said about a continual rotation of age demographics.

He added that neighboring communities such as Glenview, Wilmette, Highland Park and Northrbook have added senior housing in recent years.

Village President Greg Lungmus agreed that senior housing is important and complimented the design of the project and how much work had gone into it. He called it a “beautiful structure” and said following the meeting with McCaffery and Buck in November, the village staff took another look at Vision Plan 2040 to see if they were “short-sighted” in regards to the zoning code.

Ultimately, though, Lungmus said he does not see the benefit of putting a residential facility on what he called “too valuable a piece of land.”

“I just can’t see making a multi-generational change in the zoning on that corridor, where we give up our most important sales tax producing property,” he said.

The other trustees echoed Lungmus’ comments.

Trustee Todd Fowler said zoning is the biggest issue facing the trustees, and also said that Frontage Road, which abuts the Edens Expressway, “is the prime corridor up and down the North Shore for car dealerships.”

Any zoning change, according to Fowler, would have a major impact on the area.

“It doesn’t just impact those few lots,” he said. “It impacts that entire corridor. That’s unfortunate because (the senior center) would be great.”

Like Lungmus, he also said he wants to work with the developers to find a place for them.

“This is an amazing project, just not right there,” Fowler said.

Trustee Tracey Mendrek said, “a small part of me thinks we’re being a little bit short-sighted that (the current) property’s just going to sit in some sort of disrepair for many, many years going forward and we will have missed this opportunity,” but ultimately, she believes the proposed location is not the right location.

Trustee Charles Orth said he believes it’s important to keep the zoning as-is, considering all the work that went into the comprehensive plan, but he praised all the work that had been done on the senior center.

“The plan is a great plan; there’s no doubt about it,” he said. “It looks beautiful.”

The trustees were unanimous in their comments while offering support for the center and ways to keep the plans going.

“Having a facility like this in our town would be phenomenal,” Trustee Tom Whittaker said. “We’d love to work with you.”

And Lungmus said he will “bend over backwards to work with staff and help you try to find a place in this village to build this facility.”

“I love the design, I love the idea, I like you guys,” he told McCaffrey and Buck. “I’d love to have you do something in the village. We will work tirelessly to try and find a space.”

After adjournment, Buck told one of the trustees, “We’ll come back with something.”