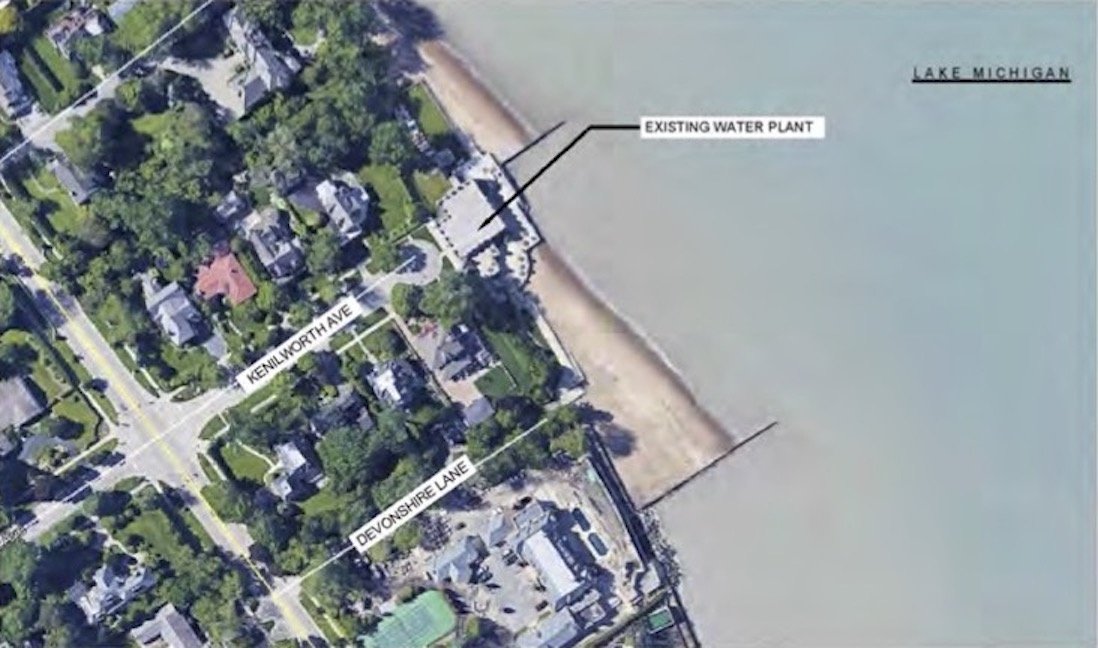 What would Kenilworth’s beach look like if the sand was restored and renourished? Would a pier allow for more recreational opportunities? Can the former water treatment plan be repurposed or should it be demolished?

Those were just a few of the questions the Kenilworth trustees explored during a special Committee of the Whole meeting Monday, Jan. 10, when discussions on lakefront improvements were restarted.

Lakefront improvements have been on the board’s mind since 2017, when the water treatment plant was decommissioned. Discussion began on the fate of the obsolete plant, but after speaking with members of the public, Village Manager Patrick Brennan said official began focusing on improving the entire lakefront.

But because of the COVID-19 pandemic, discussions and public meetings on the improvements were put on hold in early 2020.

Mark Wagstaff, principal with SmithGroup, and two of his colleagues kicked off the meeting with a slideshow of what lakefront improvements could look like. The presentation included 20 photos of waterfronts from all over the United States, including Ohio and Wisconsin, as well as around the world, including Israel and Norway.

After the presentation, trustees shared ideas of what they would like to see along the lakefront, while Wagstaff and his team took notes and made sketches on a virtual whiteboard.

Trustee Christopher Ottsen said looking at the pictures was “eye-opening” in terms of showing what possibilities existed for Kenilworth Beach.

“I’ve always conceived the idea that we’re going to keep the water plant and maybe do some rehab and the like,” Ottsen said. “But it enlightened me to the possibility of maybe demolishing the water plant and not rebuilding a permanent structure there and making more of a larger open space.”

He added that, in his experience, most people use the beach for recreational activities and he’d like to see that continue to be the primary focus of any plans.

Trustee Walter Kelly, who said he is a part of “a family of swimmers,” agreed that something should be done about the former water plant.

“The building to me is just some utilitarian piece of concrete that I don’t think really adds much aesthetically to what people go there for,” Kelly said. “It certainly has some function to it, getting people down from the street level to the beach, but that can be attained in a number of ways.”

She said that when Kenilworth was founded one of its early brochures said “Kenilworth beautiful” on it.

Trustee Alison Winslow agreed on the natural approach and suggested the water plant is not the only thing the board can look it. She said all the concrete areas on the beach should be examined for possible removal, allowing for expansion of the beach.

“I look at our footprint right now and we just have massive, massive amounts of concrete,” she said. “And if we have a larger beach area, I don’t think we would really need that at all.”

Trustee Tim Ransford was not so sure about eliminating all structures. He said the beach should have a year-round space.

If it’s not the water plant, he thinks another structure would be useful in the colder months.

“I like the idea of taking on winter,” he said. “I like fighting back a little bit, finding a place for us to make more use of it.”

Trustee Peter Shadek said that, while the village is still in early planning stages with final plans several months away, it is important to seek feedback from the community to find what, exactly, they’d like to see in an improved lakefront.

He also suggested the board consider a wholistic approach to the lakefront, and think “about how we can most effectively use it. That would support the interests and needs of all of our residents.”

Wagstaff said he and his team will work on preliminary sketches based on the discussion at Monday’s meeting and bring them to the next regular village board meeting scheduled for Tuesday, Jan. 18.