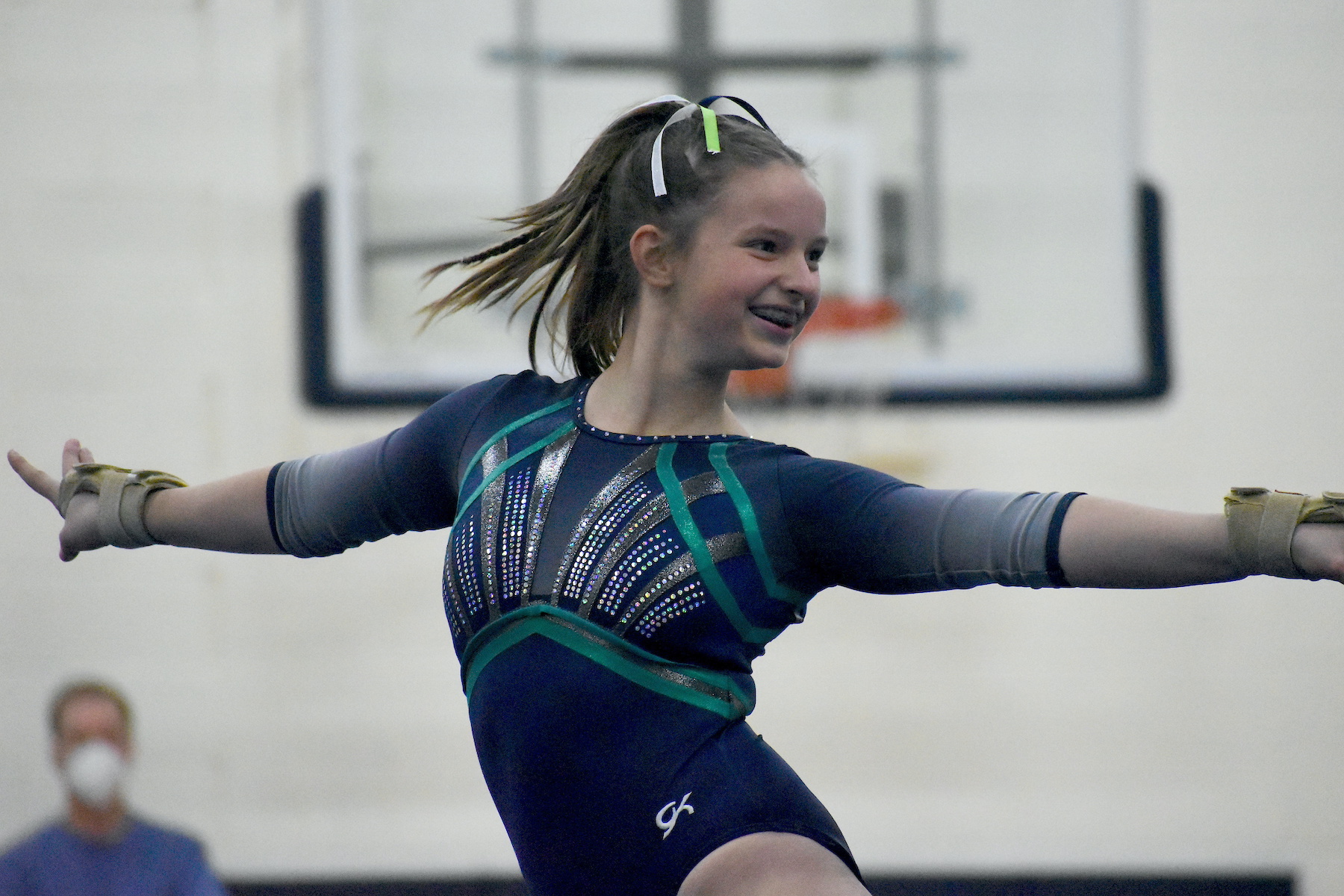 Competing for a school, she’s found that individual scores are not the focus, unlike in club gymnastics. Instead, playing a role in the team’s success is the priority.

Then again, why not have both?

It was Seiple’s first all-around title as a high school gymnast. Her score was highlighted by a second-place finish on the balance beam (8.65), her favorite event.

“It’s been my best for a while,” Seiple said, “and I just feel really comfortable on beam. I can do a lot of cool stuff because I have unique skills I can use on the beam.”

Seiple is one of three freshmen — Sammy Mills and Clara Crossgrove — who are staples of New Trier’s lineup. They join senior leaders Sydney Holder and Maria Morabito, who combined for three wins on Monday night.

“I think we are feeling really good. Tonight was definitely one of the highlights,” Holder said. “Everyone went out and gave it their all and with winter break and COVID getting worse, it’s just nice to be able to do this safely.”

Disruptions and delays caused by the COVID-19 pandemic cut short the gymnastics season in 2021. At the midway point of this campaign, the Trevians are still ironing out the kinks, said Trevians coach Jennifer Pistorius.

New Trier placed third in its own Holiday Invite on Dec. 18 and then, while missing three gymnasts, the Trevs dropped a dual meet to Glenbrook South on Jan. 4, scoring in the 133’s to allow the Titans to take the reins of the conference.

Pistorius said the 138.85 score Monday was a good place for her team at this point of the year as the Trevs climb toward 140 — a sum Pistorious thinks will be the minimum needed to qualify for the state finals.

New Trier has advanced to state five of the past nine seasons and three straight times from 2017-2019. Pistorius said the team’s goals are to return to the finals and to earn back a share of the conference title by winning the conference meet on Jan. 28.

Having a full squad will support those goals, and the Trevs hope to have Segall, Mills, Crossgrove and others back to their normal assignments and with rehearsed routines soon.

“Once we put it all together it will be the end of the year, so hopefully we’ll be healthy and raring to go,” she said. “ …  I think it’s going to take at least a 140 to get to state. I’m hoping we can get our consistency going and get it there for regionals and sectionals.

“I think it’s just a matter of working on consistent tricks. I don’t think we want to put in any new tricks — maybe a couple things here and there — but more working on routings and hitting everything.”