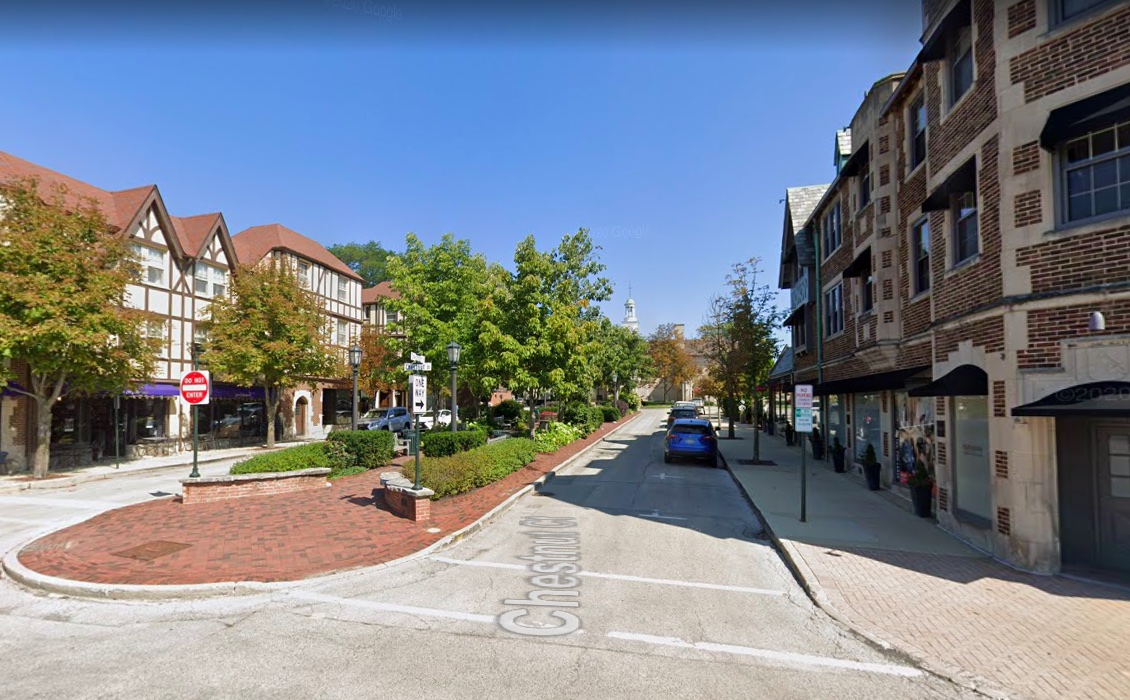 Winnetka’s elaborate downtown revitalization is moving to its fourth stage this spring.

Phase IV was the focus of a special Village Council study session on Tuesday, Jan. 11, when trustees reviewed final designs and financial figures for the streetscape project.

Officials hope construction on this phase will begin in March and will consist of improvements to portions of downtown Winnetka west of Green Bay Road, including Moffat Mall in Chestnut Court, at an estimated cost of $2.96 million.

According to a memo from village staff, like with Phases II and III, the early-spring project start will allow an early-summer project end in time for warmer weather.

“This allows resident sand businesses to enjoy the streetscape improvements during the upcoming warm-weather months and the construction schedule avoids conflicts with traditional Village events,” the memo says.

Prior to construction, the village will host an open house to hear from affected businesses, said Jim Bernahl, director of engineering for the village, during Tuesday’s study session. A date for that open house has not been announced.

Similar to other phases, parkway trees will be reviewed for preservation or replacement. According to Tuesday’s presentation, seven trees will be removed but 15 will be added to the area, which will go from 35 to 44 trees.

ALamp Concrete Contractors, which completed the other phases of the project, is in line to take on Phase IV. Village staff is requesting the council approve on Feb. 1 a no-bid contract with ALamp because of the firm’s knowledge of the project and its “favorable pricing” that meets the Village’s budget.

The Winnetka Village Council came to agreement with ALamp in 2019 for Phase I of the streetscape project, which focused on Chestnut and Spruce streets. The first phase took just over a year to compete. Phase 2, which targeted Elm Street between Green Bay Road and Birch Street, took place from March to June of 2020, while Phase 3 along Lincoln Avenue finished earlier this year.

Village staff believes Phase IV will begin in March with the removal and replacement of the water main under Chestnut Street, followed by brick, curb, sidewalk and other hardscape work. The Village Hall parking lot to its south will be replaced in coordination with the work on Chestnut Court, according to the staff memo.

Officials hope the project is complete by June 30.