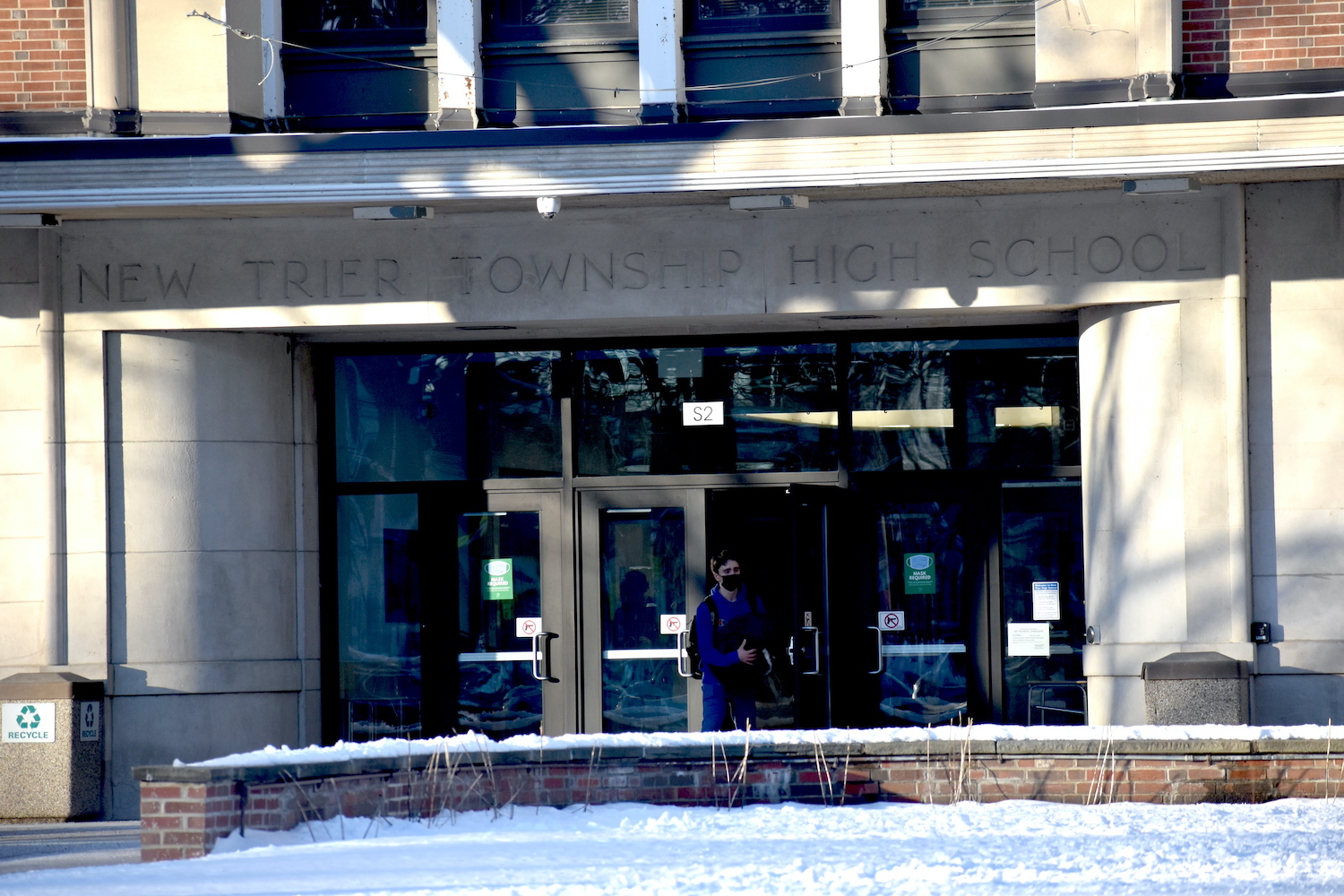 More than 200 cases of COVID-19 have been reported among New Trier students and staff as of Tuesday, Jan. 4.

As COVID-19 cases continue to rise among the student body, New Trier High School officials announced Tuesday, Jan. 4, the cancellation of final exams for all students.

In an email sent to parents, NTHS Superintendent Dr. Paul Sally said the district responded to concerns regarding school absences amid the COVID-19 spike.

“We know that keeping school open benefits out students’ learning and social-emotional health. However, we also know this latest wave of COVID has affected many families,” Sally wrote, “and students are concerned about missing class if they are quarantined, particularly before final exams.”

The exams were set for Jan. 18-19, which will now be a Blue and Green day, respectively, based on he school’s normal block schedule. Sally wrote that some teachers may give tests on those days, but they will not be “cumulative semester” exams. Absent students, he said, will have chances to make up any missed work.

The decision comes as positive cases within the New Trier school community continue to rise following a two-week winter break. The school reported 110 positive cases between students and staff members on the first day back Monday, Jan. 3, and 231 on the second day back, Tuesday, Jan. 4.

While the district is requiring all students and staffs to get tested for COVID-19 this week, most of the reported cases through Tuesday are self-reported by district families and are not from in-school Shield testing, according to the district’s COVID dashboard.

The positivity rate from the school’s Shield testing on Monday, Jan. 3, was about 4.5 percent with 80 likely positives found. Sally wrote in the letter that the district expects higher counts as testing continues this week.

“Our numbers are at the highest point this year, but our ventilation system and other mitigations allow students to stay safe in our buildings,” he wrote in the letter. “Our students are doing really well with mask compliance, and I have seen them wearing higher quality masks. In addition, any student can find a place to eat lunch that is socially distanced distanced from others.”

Positive COVID-19 counts are also affecting other local schools; though none have changed their learning platforms as of press time. Winnetka District 36 has reported 113 positive cases among students since Monday, Jan. 3, while Wilmette District 39 has reported 16 in that same time frame.

North Shore Country Day School reported in an email to parents that only 11 out of 592 samples were likely COVID positive in a recent testing of all students. More students who have self reported remain out of school, however. The exact number of positive cases is unclear, as school’s dashboard and website were down as of press time.