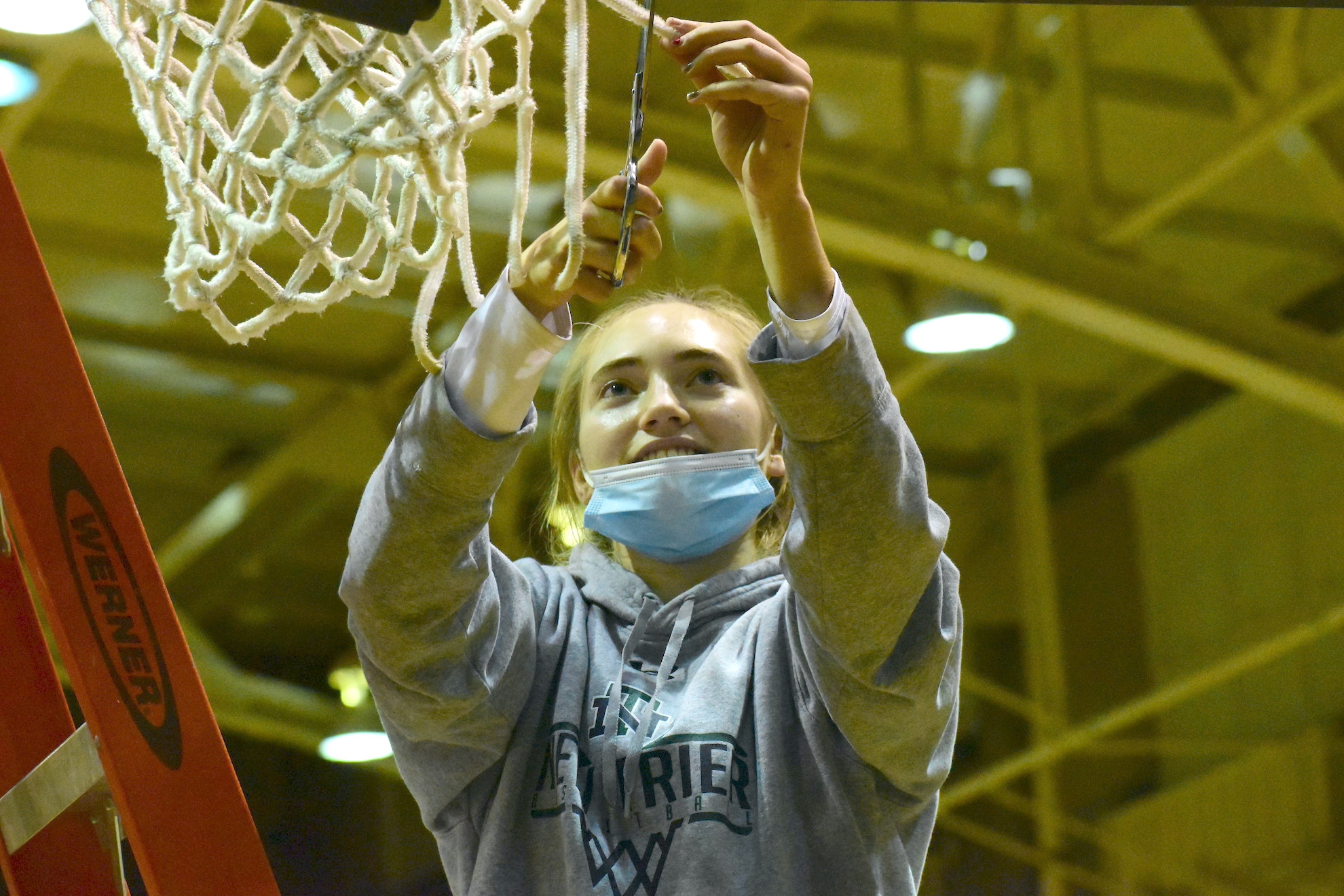 It wasn’t what they expected, but the result was still what they wanted.

Built in 1928, Gates Gym has been New Trier High School’s home court for nearly a century. It will be torn down and replaced with a modern facility set to cost $75 million and open prior to the 2023-23 school year.

For the rest of the season, the Trevians will play their home games at the school’s Northfield campus.

To send the arena out in style, New Trier officials set up a series of celebratory events — called December to Remember — capped with two final basketball home games, one boys and one girls, against rival Evanston Township High School.

The Wildkits, however, had to withdraw from the evening amid a COVID-19 outbreak in its community, leading to the cancellation of all after-school activities and a pause in in-person learning through winter break.

The late notice forced New Trier coaches to athletic staff to scramble to pick up games for Gates’ big sendoff.

“(Wednesday) at 4 o’clock we found out Evanston wasn’t going to play and we called 50 teams,” said Trevs coach Scott Fricke, who just returned from a bout of COVID-19. “We went down the top-20 list; we just couldn’t get anybody to come in, so we called Terry (Coughlin, head coach of Lake Zurich and a New Trier alumni) and he said I’d love to play in that game.”

On the girls side, coach Teri Rodgers and company welcomed Lincoln Park.

While the games lacked the drama anticipated with the Evanston matchups, the evening was full of spirit and revelry, as New Trier opened its stage doors to welcome more spectators, mainly school alumni, for the special night.

The girls tipped things off and jumped all over the Lions, taking an early 12-0 lead that moved to 20-1 after a quarter.

“We were definitely a little disappointed that this wasn’t what was planned, but I think going into this we tried to stay really positive and work as a team and enjoy the last game in the gym,” Ryan said.

Junior Maisa Abudayyeh (10 points) and senior Kaley Carpenter (9 points, 2 steals) supported Ryan’s efforts, and Rodgers was able to include her entire roster in the game action.

The Trevians surged to a 16-2 advantage out of the gates, thanks to three 3-pointers — two from Jake Fiegen.

Fiegen continued his shooting onslaught throughout the first half, draining three more triples to reach 18 points by halftime.

At that point, Noah Shannon had 9 points and Jackson Munro 6 to give the Trevs a 46-20 lead at the break.

It was a second-unit second half for the Trevians, but it barely slowed them down. Nineteen different New Trier players scored at least one point.

Tyler Van Gorp had 7 points, and Charlie Peters’ 4 points, which finished New Trier’s 79-41 victory, were the final ones scored for Trevian basketball in Gates Gym.

“I said I don’t care if we’re playing the NBA All-Star team; no one is going to beat us in this game, on this floor,” Fricke said about his pregame speech. “To tell you the truth, when i told them about Evanston, their heads went down. This would have been an unbelievable environment, but it was great we had a game and we got to play everybody and we had a great crowd and these kids played hard and with emotion.”

The Trevians are now 9-1, their only loss coming to Glenbrook South at home on Thursday, Dec. 9, when New Trier played without Fricke and starting point guard Peter Kanellos.

They travel on Friday, Dec. 17, to Arizona for the team’s annual winter road trip that was canceled in 2020.