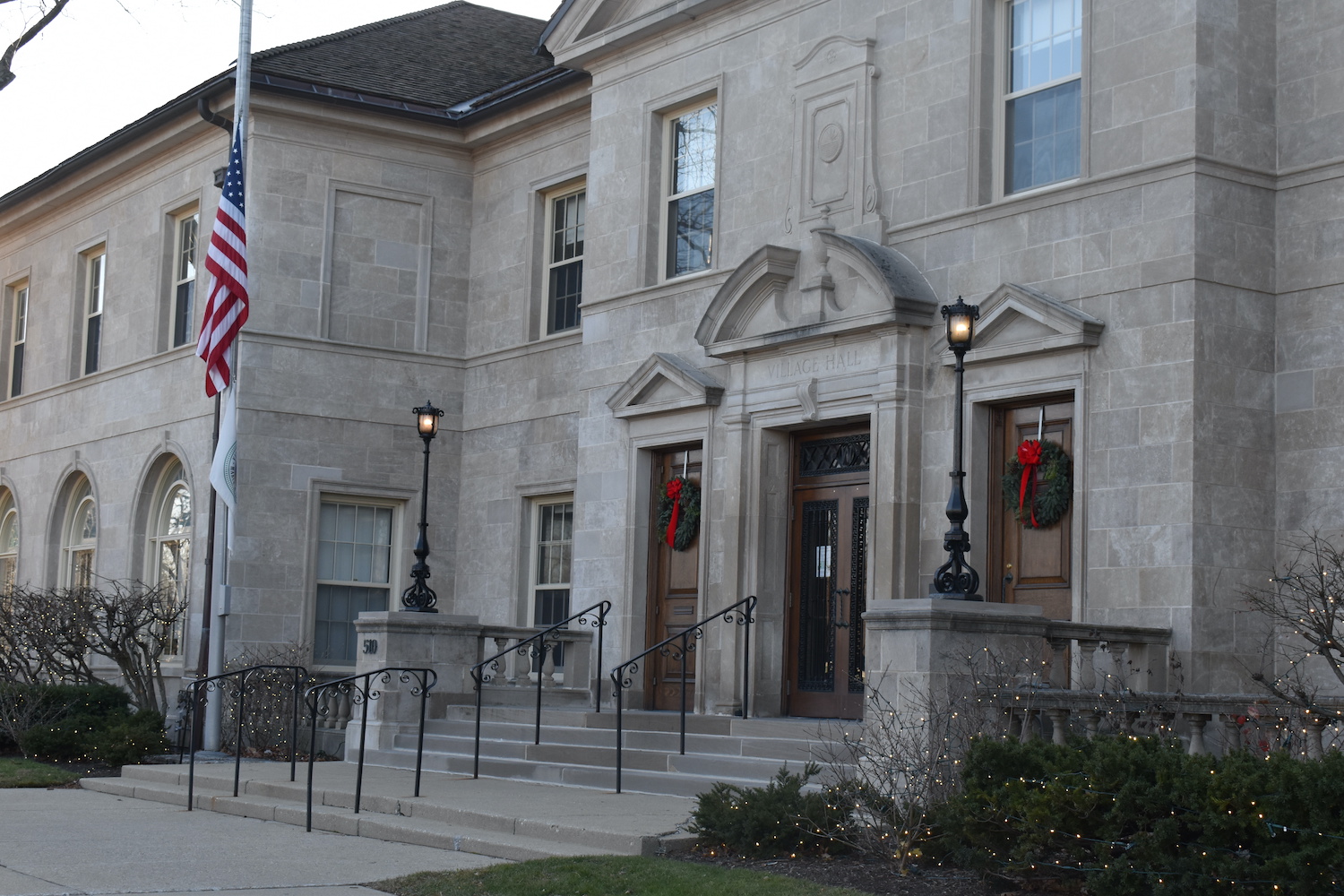 Village of Winnetka staff received plenty of praise from trustees who reviewed the proposed 2022 budget this fall.

And for Village President Chris Rintz the budget was even a bit of a surprise that the document lacked a tax hike.

“I don’t know of another village manager … that would even be willing to discuss holding the line on a tax increase for one year let alone eight,” Rintz said during after a public hearing on Nov. 16. ” … I didn’t expect (Village staff) to come back with no increase, but yet here it is again.

“We are blessed as a community to have some of the most highest performing professionals on our team and they do make our lives easier (as a council).”

“It’s a feel-good good moment,” Bahan said on Nov. 16. “When we start the budget process it’s not with the foregone conclusion that we can avoid a property tax increase. It’s ‘Let’s try.’ … We were able to find other efficiencies … and find a way to hold the line on property taxes. As a municipality, that is one of our main roles.”

While the Village is not requesting more property tax dollars, it will receive additional revenue through utility fees.

With the budget, trustees approved increases to water, sewer and electric charges at the rates of 8.5 percent, 2 percent and 5 percent, respectively.

The Village says, however, the increases are countered by a change to curbside refuse, which was reportedly selected by 53 percent of residents and results in a 20 percent reduction in resident cost — or $108 a year for the average customer.

Residential refuse rates reportedly will not change, but commercial refuse will rise 5 percent.

Some less-universal fees are also increasing, including the plan-review fee, from $70 to $100. A $20 late fee was approved for vehicle-sticker purchases.

Tim Sloth, Winnetka’s director of finance, said in a memo to the Village Council that the new fee structure helps offset capital improvements, which are estimated at $31.9 million in 2022.

The remainder of the capital expenses will be funded by $14.6 million in grants and about $6 million in reserve funds, primarily from the Village’s stormwater sewer fund, which is projected to contain $9.4 million after the drawdown.