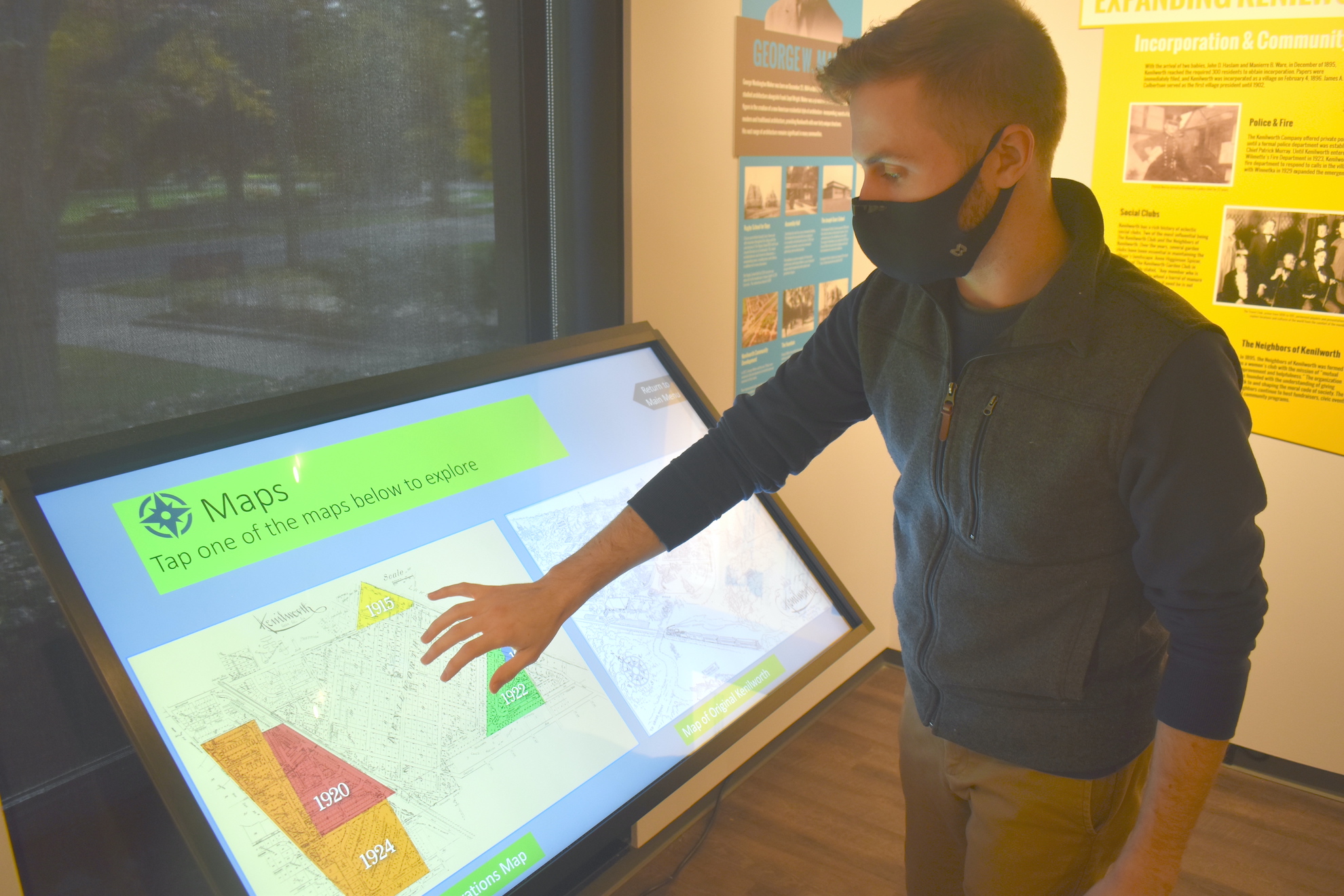 For 100 years, the Kenilworth Historical Society has explored, safeguarded and told the story of the 125-year-old community.

But important work has yet to be done, according to Joseph Gackstetter, the museum’s curator and executive director.

With help from village officials and neighboring communities, Gackstetter is on a mission to tell the complete story of Kenilworth, which includes the contributions of people of color, the presence of racially restrictive housing laws, and other marginalized pieces of the town’s history.

“It challenges you to expand your perception of the way history has been told, the way you understand history,” Gackstetter told The Record. “… How is (systemic) racism a thing and how has it been built and how has it continued to exist. All these things you get a better understanding of by exploring history that hasn’t been told.”

He added that to Kenilworth that historical information “is important because it creates a deeper understanding of history, of how a community develops over time.”

The historical society — located in the Stuart Memorial Building, 451 Kenilworth Ave., and open Mondays and Thursdays from 9 a.m.-5 p.m. — announced in a blog post called “Expanding Our Narrative” that it plans to explore the under-represented avenues over the coming years.

The post explains that census records, oral histories and newspaper clippings show that hundreds of Black and Japanese domestic workers were Kenilworth residents. Kenilworth was also built on Native American land, and Native Americans reportedly continued to live in the upstart community.

While this information is documented, it has not received its credit in Kenilworth’s consensus history.

“Our archives and collections fail to tell this significant part of Kenilworth’s history, a part that is not entirely lost but usually ignored or excluded from museum collections and historical societies’ narratives,” the post reads.

Gackstetter plans to include the stories of “Kenilworth’s worker population” in an upcoming exhibit; however, much research still needs to be completed, he said, adding he does not yet know how the research will be presented at the society.

The research includes collaboration with community members and neighboring communities, many of which feature published histories with similar omissions.

Village President Cecily Kaz, who was elected earlier this year, said the village and other local bodies are playing a role in recognizing Kenilworth’s complete history.

“It’s in the early stages as we’re trying to accomplish who we are today and where we want to be,” she said. “It ties into a lot of visioning the schools are doing, the park district and village are doing.  … It is part of an effort that I hope is coming up next year. We want to get it right.”

In September, the society unveiled a new, permanent exhibit on the history and development of Kenilworth.

Gackstetter and company hope the constantly updated display — which is highlighted by interactive touchscreens that include maps, biographies, photographs and more — gives context to future temporary exhibits.

The permanent exhibit tells the origin story of Kenilworth and includes a note about restrictive housing covenants in the 1920s and ’30s  that blocked people of color from purchasing property — a precursor to an infamous practice called Redlining that was prevalent across Chicagoland throughout the 20th century.

From the society’s research, Gackstetter said, the racial restrictions postdate Joseph Sears, the founder of Kenilworth and its first housing firm, The Kenilworth Company, who died in 1912.

Sears is the namesake for the town’s lone public school. In the summer of 2020, Wilmette residents Solomon Podorovsky and Jack Yonover, then 17 and 18 respectively, began a movement to rename the school, initiating a petition that has more than 4,000 signatures, claiming that Sears restricted property purchases to caucasians in original village ordinances.

The information was included in a book, “Joseph Sears and His Kenilworth,” commissioned by the historical society and published in 1969. The cited documentation, however, has not been produced, and Gackstetter said he has pored through historical Kenilworth documents and not found evidence that Sears wrote whites-only policies.

“I want it to be simple, but I don’t have the answers yet,” Gackstetter said. “While I do think it is important to be very critical of history, you have to be critical with an open mind. There are a lot of attacks on Joseph Sears, but we don’t have any historical evidence that directly points to these covenants existing until the 1920s.

“ …  There are ways it can be true, but there is no solid evidence to show that it is either.”

He said he is not “letting Joseph Sears off the hook,” but is still looking for information to prove Kenilworth had racial restrictions before 1920.

In the recent election cycle, local candidates were questioned on how to address and improve the community’s inclusivity. Gackstetter said the historical society can help inform any action by discovering how Kenilworth evolved through the years.

“As a historical society, it has shaped our understanding of what is Kenilworth’s history and that’s one of biggest steps and why it is so critical to challenge history.”

Kaz said she supports a full review of the town’s history and regardless of the information that is gathered, Kenilworth today is different than it was a century ago.

“The historical society plays an important role and we are fortunate to have that,” she said. “In going through that process, there are holes here; let’s fill in that information.

“For me, I don’t want anyone to characterize Kenilworth by our past. But we should have a comprehensive understanding of history to understand who we are today.”

(EDITOR’S NOTE: An earlier version of this story reported Solomon Podorovsky and Jack Yonover as Sears School alumni. That was incorrect. Both are graduates of Wilmette District 39.)