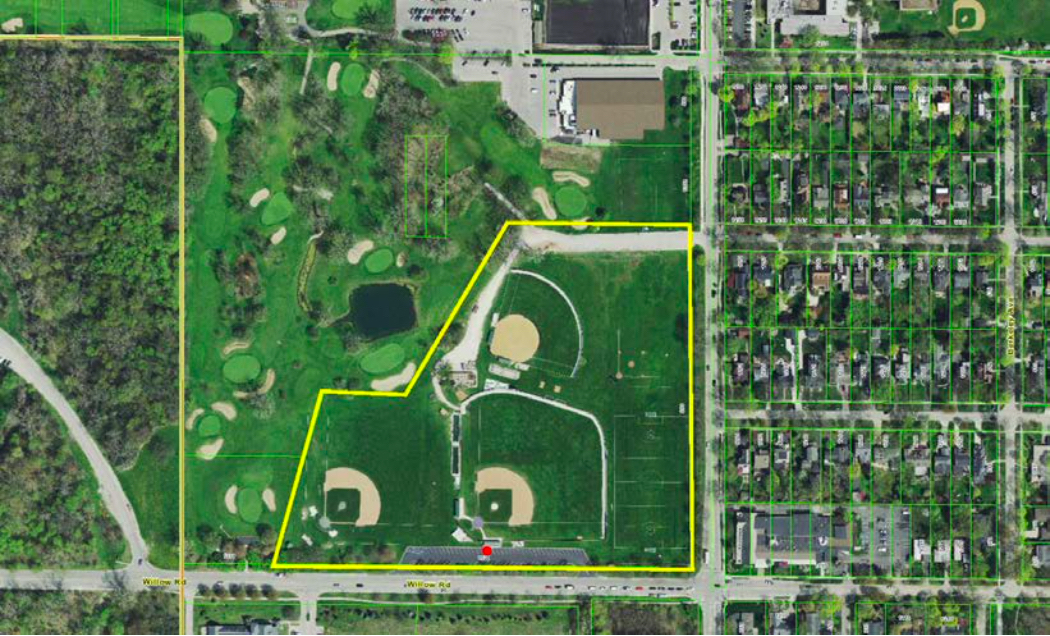 All’s well that ends well, even if it is a decade later.

The school district has been trying to modernize its athletic facilities at Hibbard and Willow roads since the early 2010s, but plans were batted down by the Village of Winnetka in 2013.

Now, the entities are collaborating on a multi-year project that will also improve stormwater management at the site and in the area.

The overhaul is not predicted to interrupt Trevians athletic campaigns, with Village work beginning in June 2022 and district work beginning June 2023 with completion prior to the 2024 spring sports season, according to Augie Fontanetta, New Trier’s athletic director.

“It’s a great project to have the Village of Winnetka and New Trier work together,” Fontanetta said. “Both improvements help our constituencies and help with flooding over there and help the baseball and softball communities. We’re excited about that.”

Duke Childs Field and the surrounding facilities, which the Village sold to New Trier in 1979, are home to New Trier varsity baseball and softball and also serve the school’s lacrosse, soccer and cross country programs, as well as the Wilmette Waves summer baseball team.

The New Trier property is bordered by the Winnetka Golf Course and the Skokie Playfields campus, which includes the Winnetka Ice Arena, A.C. Nielsen Tennis Center and the playfields.

In 2019, New Trier and the Village of Winnetka cosigned an intergovernmental agreement to allow the Village to install storage for 14.2 acre feet, or 4.63 million gallons, of stormwater, under the school-owned land and allow the district to finally pursue $5.3 million in facility improvements that include an additional softball field, modern backstops, improved parking and walking areas, and a new locker room and restroom structure.

The district will issue bonds in 2023 to finance the Duke Childs plan, a measure approved by the School Board as part of the large-scale Winnetka Campus Academic and Athletic Project, according to a school documents.

The improvements will mitigate longstanding safety concerns at Duke Childs, where the varsity baseball field abuts Willow Road and features outdated fencing that allows errant baseballs to travel into traffic and the field’s small parking lot.

Eight years ago, the Winnetka Village Council denied New Trier’s attempt to improve the facilities with a 50-foot modern backstop, claiming the result would be an eyesore in the “gateway of Winnetka.”

This time around, the project benefits both sides.

“We just worked together to come up with a solution that is going to be aesthetically pleasing,” Fontanetta said. “We both want the property to look great … and we want people to take pride in it as they travel along Willow Road.”

• 50-foot high backstop netting from first base to third base of the varsity baseball field;

• 35-foot high backstop netting from dugout to dugout of the varsity softball field;

• A new softball field that will be a junior varsity diamond to the northeast of the varsity baseball field;

• An asphalt parking lot and access road in the property’s northeast corner to enable 107 parking spaces;

• The current maintenance building will be replaced by a structure featuring locker rooms, restrooms, team storage and a utility garage;

• A sidewalk winding through the site that connects to Cherry Street; and

As part of the agreement, the Village will pay New Trier about $280,000 to make up for costs related to the construction of the stormwater tank and any interruption in school uses of the facilities. New Trier will also face a streamlined zoning process.

New Trier is also considering adding synthetic turf to both the varsity infields. The turf, however, is not included in the financial scope of the main project and requires a fundraising project led by the New Trier Educational Foundation.

The New Trier Board of Education approved on Nov. 15 an agreement with the foundation to pursue the turf fundraising. The addition of turf to both fields comes with an estimated pricetag of $634,500 — $396,000 for baseball and $238,500 for softball.

The district hopes to have its answer on the fundraising by November 2022, according to a district memo.