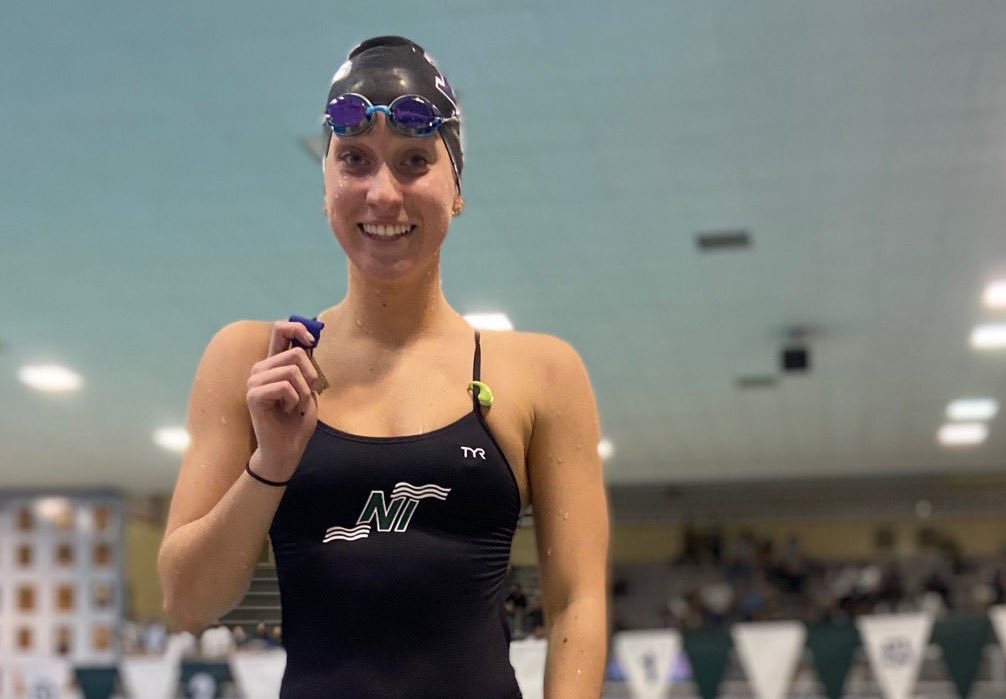 Carly Novelline is a Trevians senior who swims the freestyle and backstroke. The state champion (2019) will swim for the University of Virginia next season.

1. Do you have any prerace or prematch rituals?

The only thing I can really think of is when I’m getting ready behind the blocks, I like to jump three times. It gets my blood flowing and heart rate up.

2. Why is Virginia a good fit?

I think just overall it had everything I wanted. It’s a combined program, girls and guys. They bring a lot of energy. It’s a really good swim program, No. 1 in NCAA and I was looking for a big challenge. I got along with the team really well, which was very important to me. I love the coaches and the school is very good academically.

3. What has been your top swimming moment so far?

Probably being a part of the mixed 200 (meter) freestyle relay in Berlin (October), representing Team USA with three other 18 and under swimmers — two girls and two guys made up the relay. We won.

4. What do you want to accomplish in this sport?

The end goal is ultimately to make the Olympics. That’s the biggest goal.

5. You competed in this summer’s Olympic Trials. What was that experience like?

It was really different. A little scary, going against the best in the nation. For me, I looked at it as an experience. I didn’t perform as well as I wanted to, so I took it as a learning experience. It was diferent than every other meet, different vibe.

Maybe I’ll go movie critic. I enjoy watching movies and think that would be a pretty fun job. I’d have a lot of time to watch. It would Force me to watch more movies of different genres and find more good ones.

7. If you could compete in another sport, what would it be?

I don’t have an appendix. I got it removed, probably like two years ago.

This season has been really fun. We have a really good group of girls. My class, I have had an amazing time with. We’re all so close. Being leaders and getting a chance to build team culture. We’re super excited and a little nervous for weekend (state). The ultimate goal is to bring home the state title. My class hasn’t done that. We’ve been moving up the ranks every year and now we’re hoping to get first.