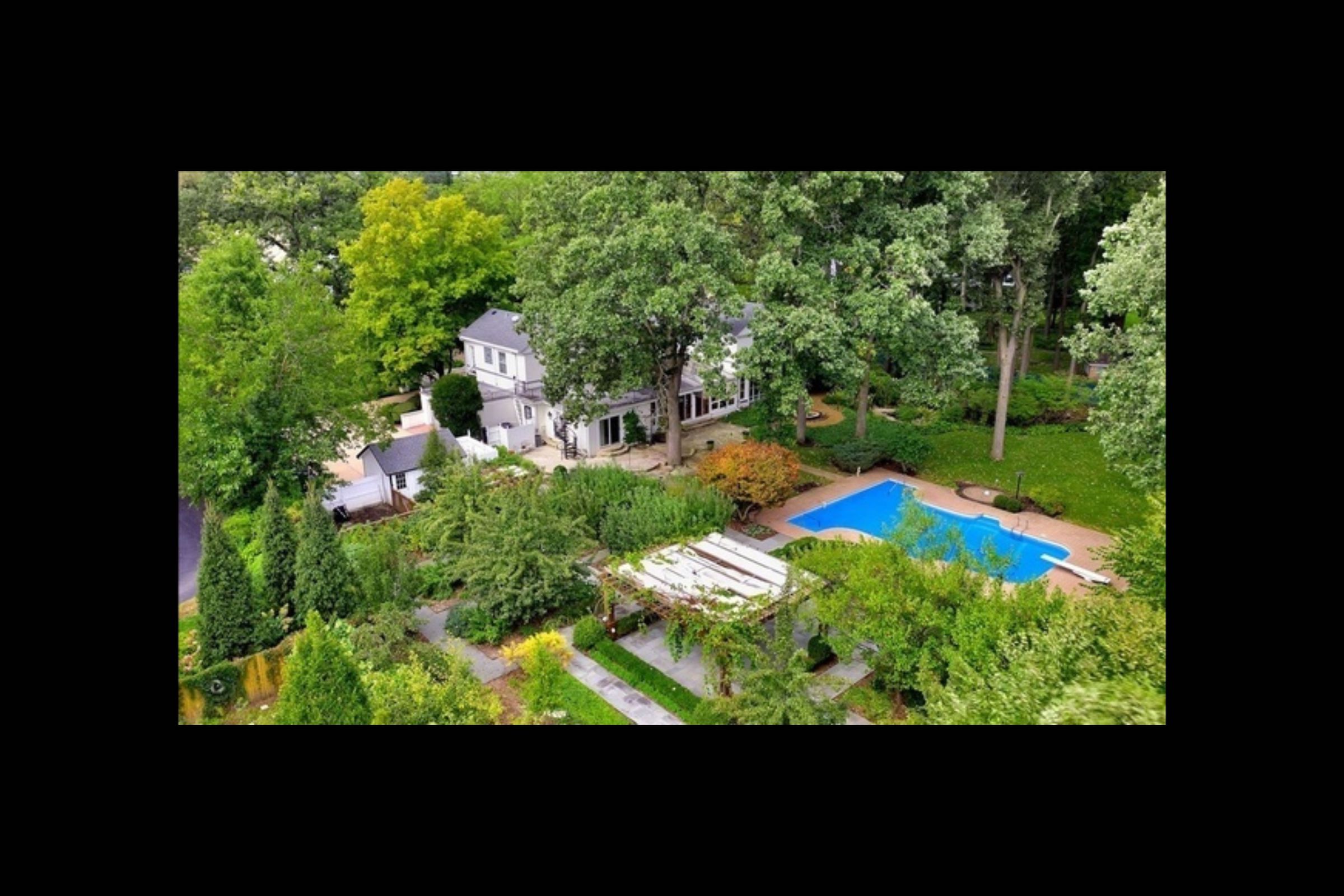 Thirty-nine Locust Road is the subject of a neighbor dispute about the future of the unoccupied property.

Wilmette got a bit larger on Tuesday night, much to the chagrin of at least a handful of residents.

The Village Board of Trustees voted on Tuesday, Nov. 9, to annex a portion of 39 Locust Road that is under Cook County control, fulfilling a resident’s request.

The annexation request from Dr. James Fox faced objection from a group of Fox’s neighbors who want to put the kibosh on any multi-home development of the property.

Trustees, however, were not interested in meddling in a private affairs and saw public benefit to the annexation

“  … I think annexation and zoning (to Zone R) is much better for the neighbors than the status quo. I think the status quo is a perilous place to be.”

No one is currently living at the home on the property, according to village documents.

Village counsel Jeffrey Stein said even though more than half of the land belongs to Cook County, the entire property already benefits from many village services but the Village does not claim full benefits of a local property, such as regulatory control and stormwater fees and property taxes.

Wilmette Community Development Director John Adler explained that if the land is redeveloped in its current state, it could more easily be subdivided into three homes: two in Wilmette and one in Cook County; however, if the county land was annexed into Wilmette, he said, a developer could likely only build two homes on the land because of Wilmette’s more restrictive zoning ordinances.

According to village documents, Fox testified to the Plan Commission that he initially hoped to build two homes on the lot after purchasing it in 2020. A lifelong Wilmette resident, Fox lives across the street at 56 Indian Hill Road.

When neighbors met Fox’s idea with opposition and hired an attorney, Fox said he changed his plans and pledged to sell the property to a buyer who wanted to develop just one home on the large lot, which with the annexation is one of the most expansive in Wilmette.

“Dr. Fox told the neighbors and said publicly that he intends to restrict the property to one house,” said Gerald Callaghan, an attorney representing four neighbors to 39 Locust Road, to the board. “The neighbors very much appreciate that, but are concerned that if he sells the property that intent could be unraveled.”

The neighbors are concerned that if the parcel is subdivided the resulting homes would be outliers to the character of the neighborhood, which mostly features 40,000-square-foot properties according to Matthew Herman, a neighbor not represented by Callaghan.

Callaghan asked the board to deny Fox’s annexation request and also consider enacting a clause to restrict the buyer of 39 Locust Road from building more than one home.

The agreement was not executed.

Trustee Kate Gjaja said the board should give Fox the benefit of the doubt that he will uphold his stated intent and do what is best for the Village of Wilmette.

“The applicant does live right next to the property,” she said. “I hope he stays in the area; he’s been here a long time. I’d rather not assume he wouldn’t be neighborly, but that he lives in the community and will make every effort to do what’s best for the community.”