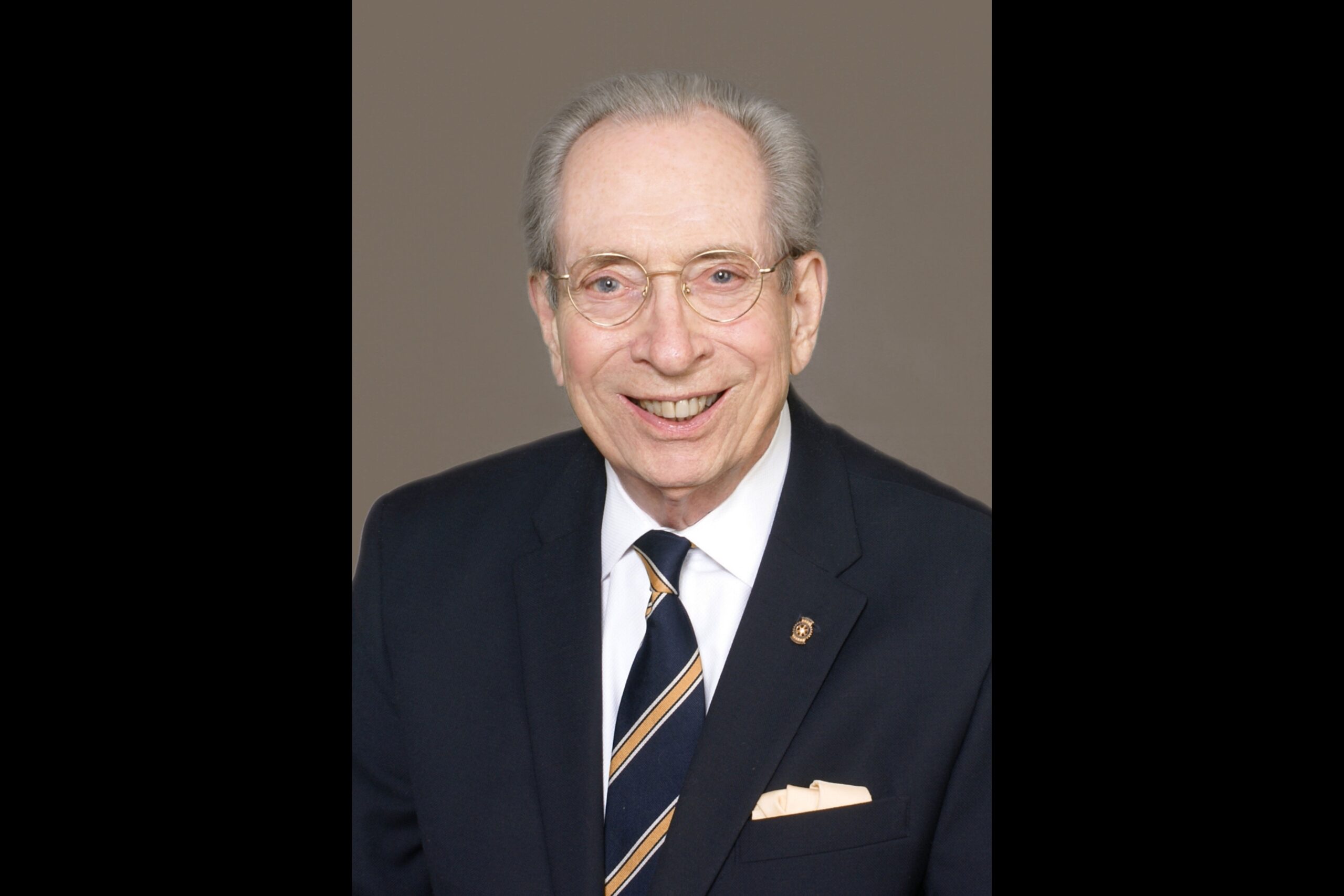 John Thomas filled out a questionnaire when seeking five years ago to become a New Trier Township trustee in which he was asked to share a quote that defines his philosophy. His answer: “Einstein once said, ‘Strive not to be a success, but to be of value.’”

By that measure, Thomas lived a full and consequential life.

The longtime Winnetka resident died on Nov. 6 at age 86, leaving behind a 30-year legacy of community service in elected offices, on pro-bono boards and aiding rehabilitation programs for those recovering from addiction. He was also on several public and private corporate boards.

“John Thomas truly embodied public service. New Trier was fortunate to have his financial, service-oriented, and civic-minded presence on the Board for the last five years,” said Township Supervisor Gail S. Eisenberg, who served alongside Thomas, in a press release. “He was extremely generous with his time.”

As a trustee elected in 2017 and reelected earlier this year, Thomas acted on his belief that Township government can greatly improve community life through carefully considered grants to agencies, a food pantry, community support program, and other important services.

Thomas was a supporter and donor of The Record North Shore.

Thomas, who lived in Winnetka since 1974, attended both the University of Michigan College of Engineering and the School of Business Administration, earning bachelor’s and master’s degrees in operations management. He started work at Procter & Gamble in manufacturing, then in marketing, and was a management consultant in organizational development.

He served as an elected Winnetka Park District commissioner, chairing their Audit and their Parks & Beaches committees. He also had seats on the Winnetka Plan Commission, Home Rule Committee, Caucus Council and the Zoning Board of Appeals.

Thomas gave many years of dedicated service to the Winnetka-Northfield Rotary Club, embodying the Rotary International motto “service above self.” As president in 2016, he organized and chaired two candidate forums for the contested Winnetka village trustee elections.

That year, he was also chosen as “Man of the Year” by the Winnetka-Northfield Chamber of Commerce.

“John was one of those people who was a consummate volunteer. He felt it was his duty to contribute to the community. If someone asked him to volunteer, he’d show up,. He was constantly giving,” chamber Executive Director Terry Dason said.

Among his many philanthropic and civic activities, Thomas also chaired the Winnetka/Northfield United Way and served on the United Way North Shore Board. He was also a board, executive and audit committee member of the Northern Illinois Girl Scouts.

Thomas’ longest pro-bono partnership began in 1986 with the Winnetka Youth Organization, which has a mission to foster individual development in adolescents by providing adult-to-youth mentoring with opportunities for leadership, citizenship and education within a positive, encouraging environment. He remained on its board and was its treasurer until his death, and his leadership has been recognized as instrumental in the organization’s growth in programs and services for local teens.

“He was a champion for the youth in the North Shore community,” WYO Board President Molly Dolkart said. More specifically, he was “always very persuasive” at advocating for the organization’s funding requests, she said. “To the end he was fighting for us. He had his wife call my mother as he was going into the hospital, wanting to make sure we were on top of our funding defense.”

John T. Thomas is survived by his wife, Ellen, and their two sons, Evan and John.

Donations to the New Trier Township Angel Fund can be made in Thomas’s memory on the Township website. The funds are used to help residents facing a life-threatening emergency who do not qualify for general assistance and/or emergency assistance.