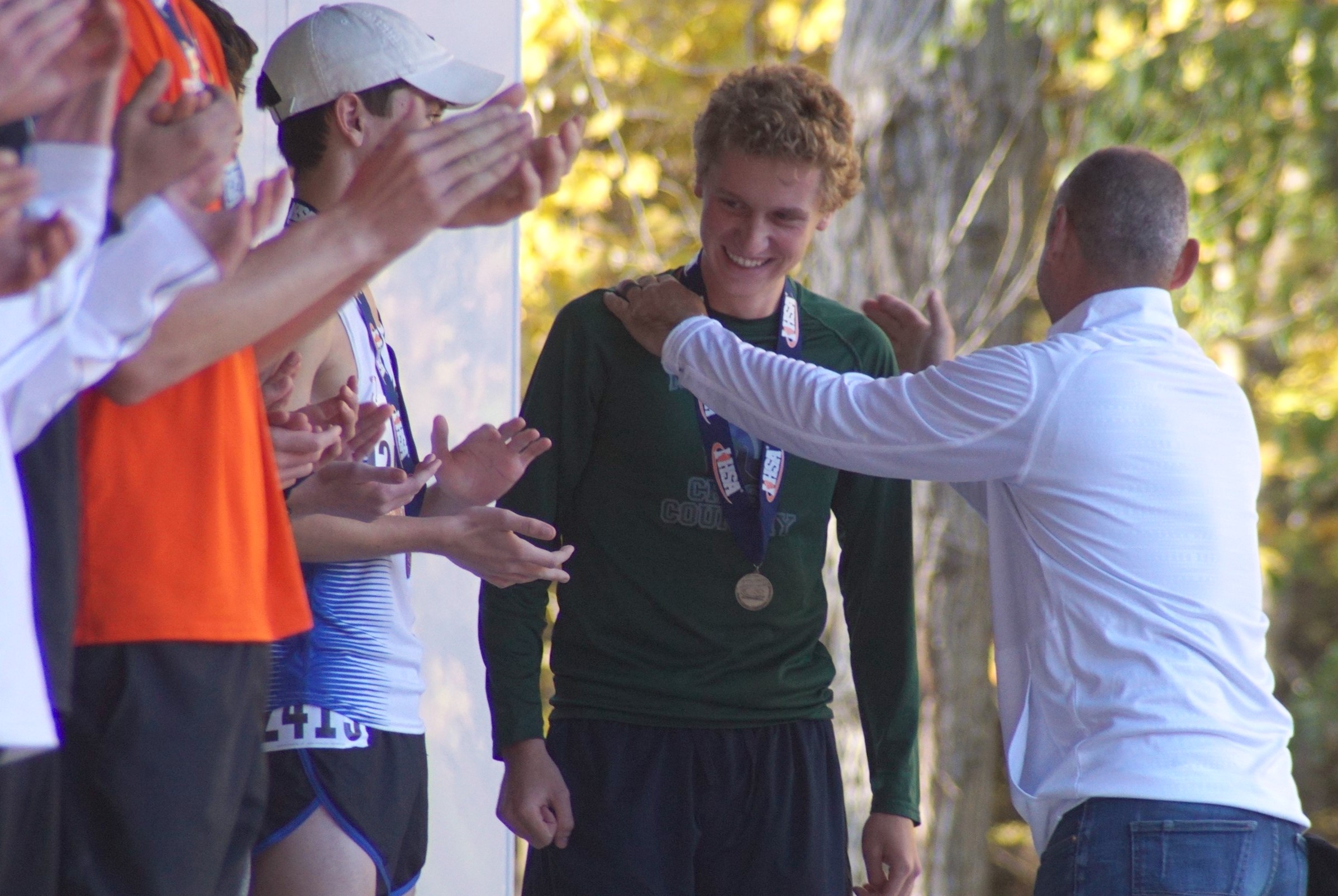 Nick Falk wanted to win but setting a personal-best time, claiming the school record and guiding his team to its best finish in 59 years will have to do.

Falk and the New Trier cross-country team had an eventful season finale at the IHSA championships Saturday, Nov. 6, at Detweiler Park in Peoria.

“I definitely wanted to win. That was the goal all year, but I’m not disappointed with second place at all,” Falk said. “The person who won is a great runner, great person. (I just made) one mistake in the back loop.”

Falk said during that part of the course Wilson jetted ahead of the pack while Falk chose to hang back and wait it out. He said that cost him during the home stretch.

But Falk was not regretful but grateful, especially after a health hurdle that began during the spring track season.

A respiratory condition affected the distance runner’s performance and lingered throughout the summer. But the breathing issues cleared up in time for his senior cross-country season, and Falk made the most of it.

“It’s astonishing his competitive nature and what he is able to do,” Trevians coach Matt Sloan said. “When he competes, it’s just fun to watch. To run 14:14 is just a really impressive accomplishment.”

New Trier’s historic finish came in Sloan’s first state finals since he took over in 2020 for longtime coach Dave Wisner.

“That’s quite an accomplishment,” Sloan said of the fourth-place finish. “The teams in front of us all won state championships (in the past decade). The state of Illinois is a very, very good running state. To be up there with the best is pretty cool.

Sloan added that all five of his seniors who competed clocked personal-best times.

“To do that on the biggest stage, when most of them have never been at the meet, you can’t really hope for anything more,” he said.

New Trier’s Falk is headed to Duke University next school year and will carry with him the imprint of the Trevians program.

““Cross county has been by far the most amazing experience I’ve had in my life,” he said. “ … It was super fun to be there every single day. It’s such a dedicated group. It was just awesome. I’m very happy it happened.”