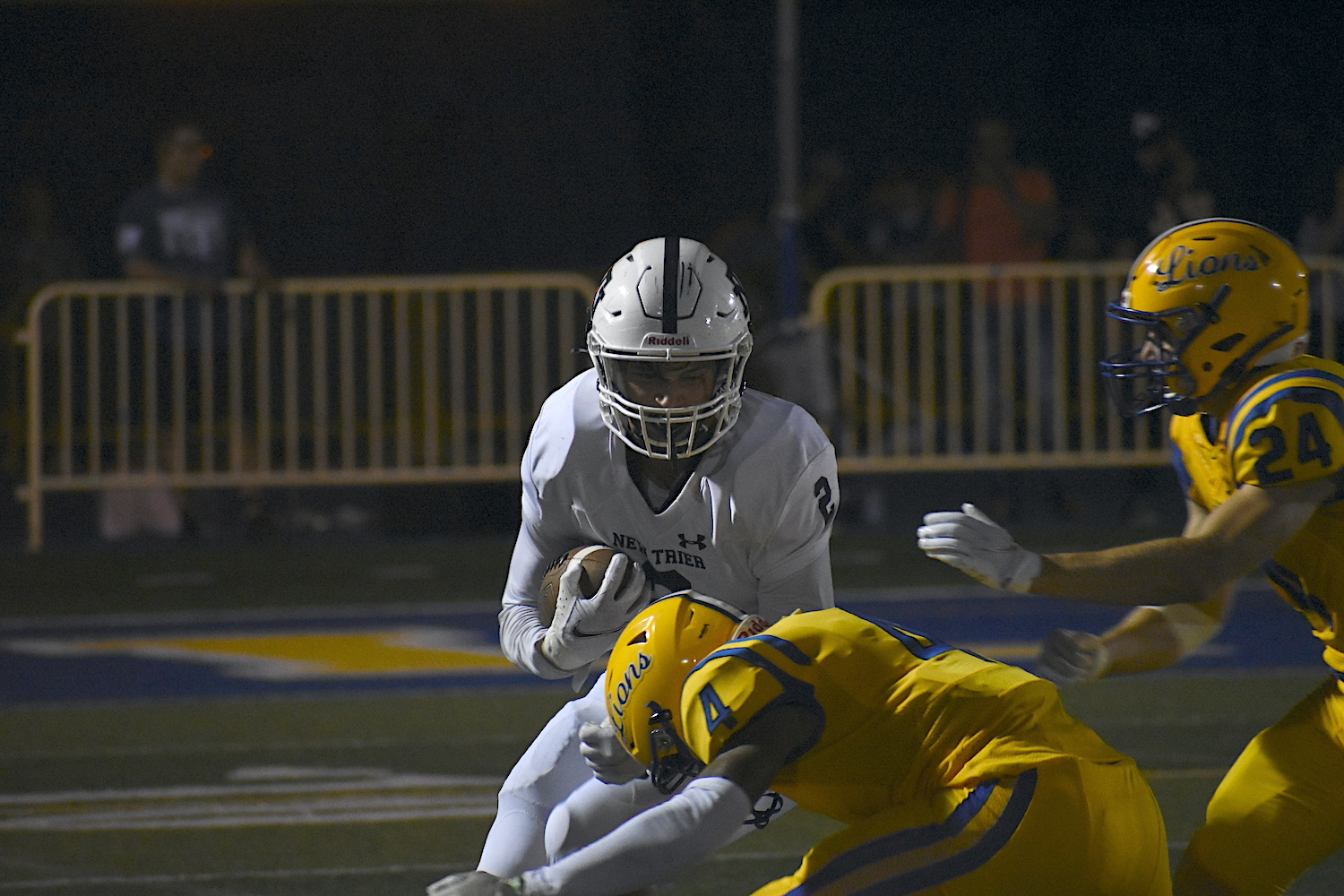 Finn Cohan just finished his senior season as a tight end and defensive end for the Trevians. He is also a forward for New Trier’s basketball team.

1. Do you have pregame rituals or superstitions?

I almost always take a nap between school and when I have to be back at school to start getting ready. It’s like an hour-long nap and my mom will make me a turkey sandwich and I’ll be on my way. I like to keep it simple.

I am doing the college application process right now. I will see what opens up with some coaches for football. I have to make a decision this spring. … I would like to play football next year, but it doesn’t really matter where to me.

I like football better personally. I think I’m better at football, so it’s naturally more fun to me. Also I like to hit, and there’s a lot more hitting in football. And I like the idea that football has so many people that everyone has to do his job.

I think coaching football would be cool. I could see myself doing that when I’m older. As far as job right out of college, I am really into my economics class right now, so probably something in business or the stock market. I’m thinking about finance in college and hopefully that leads somewhere to a career path

I love my Reese’s Peanut Butter Cups and probably a blue Gatorade.

8. If you played another sport what would it be?

So I played hockey as a kid, basically up until sixth grade. I kind of wish I stuck with it. I like skating and it’s fun being on the ice. I’d like to still be playing.

9. How would you summarize your senior football season?

It was fun. There were a couple games there I think we should have won. I wish that we would have performed better when we needed to. I knew we were good. As a team, we left a lot out there unproven. Parts of it were disappointing, but parts of it were the best time of my life. It was a roller coaster, but a great time. I love this team. I wish our record showed how good we were.

10. What do you expect from the basketball team this season?

I expect really everything from this team. I’ve been playing with these guys for four years. I see the talent that has arisen. My class has grown so much. We have kids that are really, really good and we play really well together. The sky is really the limit for us. I think we’ll have a good season and be a pretty scary team.