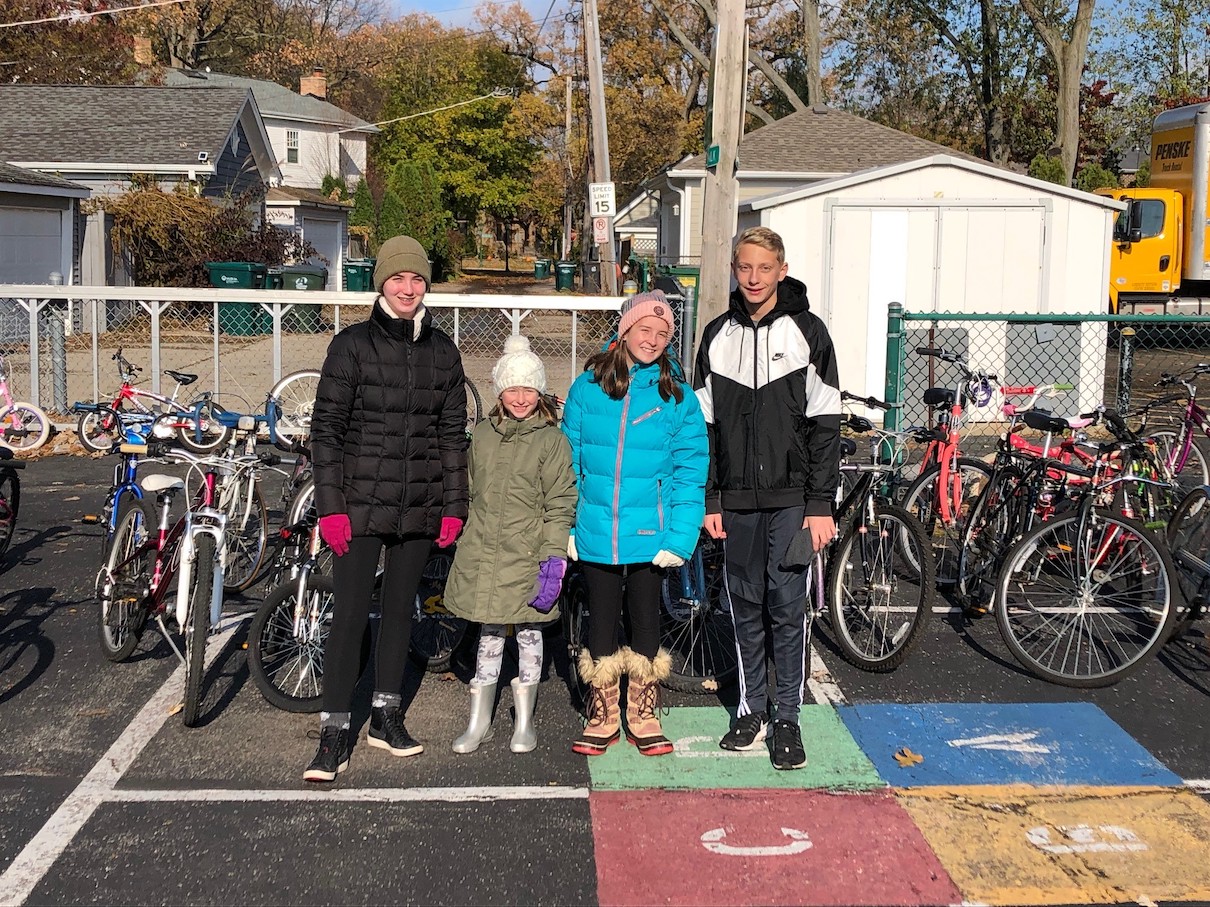 It’s a good weekend to clean out the garage, if you ask the folks behind Pedal Power.

After a year off, the Wilmette-based nonprofit is readying its regular bike drive from 9 a.m.-noon on Saturday, Nov. 13, when it will collect bicycles at a number of area locations in order to gift them to Chicago children.

Pedal Power was launched in 2008 by Wilmette’s Nicole Basil, who was then 8 years old. Each year, Nicole and her family would collect bikes and donate them to honor roll students at Cesar E. Chávez Multicultural Academic Center, a Chicago Public Schools institution.

Nicole and her brother, Bennett, led Pedal Power until they each went to college.

In 2019, Owen and Cailyn Fitzgerald, who had volunteered with Pedal Power in previous years, took over the project.

The siblings, both sophomores at New Trier, relish the opportunity to help others. As Owen pointed out, “not everybody gets a bike.”

Cailyn said the pandemic has made it difficult to volunteer, as many places have increased precautions and limited events. Pedal Power has been a great outlet, she said.

Pedal Power also has adjusted with the pandemic. In a normal year, the Pedal Power crew will take the donated bikes to Cesar Chavez the day of the drive. This year, they will store the bikes and wait for approval from the school district.

Considering the year off in 2020, the Fitzgeralds are hoping for a substantial haul this year. Julie Fitzgerald, Owen and Cailyn’s mother, thinks 300 or more bikes are possible.

Through the first 12 years of the event, Julie estimated Pedal Power has collected and donated about 3,500 bikes.

“The need for bikes during COVID was pretty great,” Julie said. “Because the students were not able to receive them last year, there is a pent-up need. I am really hoping for more bikes that in the past.”

Pedal Power will take bikes at eight locations, mostly in the northern suburbs. Worth noting the flagship location in Wilmette has moved from McKenzie Elementary School to the Wilmette Bike Shop.

A second volunteer family, the Schleiters out of Oak Park, has helped Pedal Power expand west.

To donate a bicycle from 9 a.m.-noon on Saturday, Nov. 13, visit one of these locations: