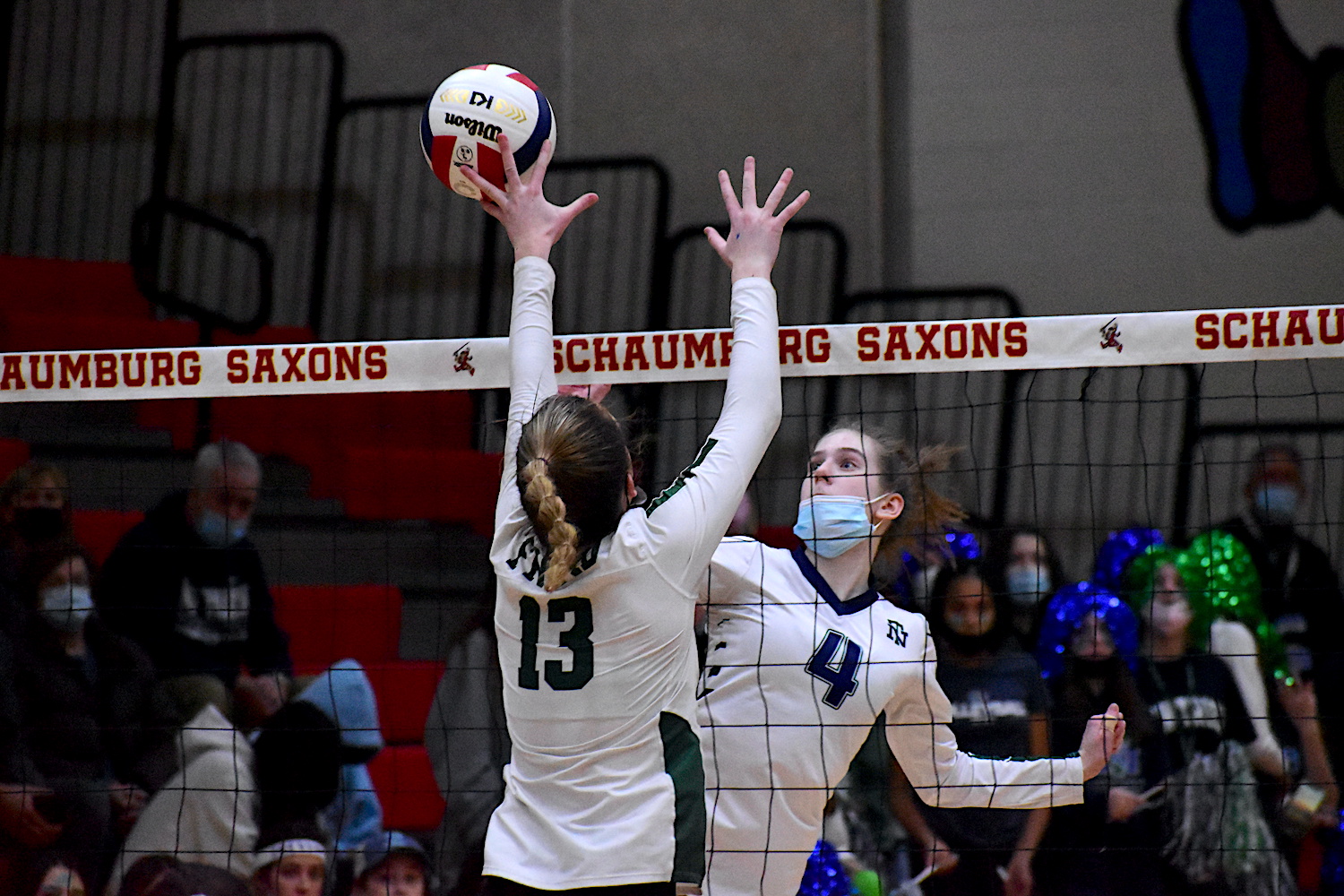 Losing hurts, and many times, the search for answers amplifies the pain.

And other times, while the loss still hurts, the answer is simple.

“I just think they played really well,” New Trier senior Cara Murdock said. “We played well, but they had a really great game. It wasn’t so much what we did as they just stepped up to the next level.”

Murdock and the Trevians ran into red-hot Fremd in the sectional-title match and despite a valiant effort fell 25-19, 17-25, 25-18 on Wednesday, Nov. 3, at Schaumburg High School.

Fremd’s roster features 12 seniors, including seven who started the sectional championship. Most of New Trier’s roster wasn’t even sure how the postseason worked, according to coach Hannah Hsieh.

“Our girls executed for the most part our game plan, but that’s a very seasoned team,” she said of Fremd. “We had zero players out of 16 who have played in a playoff game. So I thought the girls did an amazing job adjusting. Proud of our team, proud of the fight. Obviously we wanted a different result, but we know that’s a pretty special team over there.”

New Trier got a heavy dose of Vikings star Rylen Reid, a senior outside hitter who racked up a match-high 20 kills.

The momentum continued in Game 2, when three straight Reid kills helped Fremd to a 4-0 lead, but the Trevians would not be undone.

Senior Cece Burns tallied five kills and sophomore Ana Vetter four to lead the Trevs to a dominant late-set push in which they outscored Fremd 13-3 to turn a 14-12 deficit into a victory.

“Because (Fremd) played so well against Loyola, we had to convince (our team) that they could win and to believe,” Hsieh said. “I think the girls bought in and came in ready to fight.”

Murdock, the team’s libero, said the team got back to what makes them special during the second-set win.

In the decisive set, the teams traded blows in the early going before Fremd freshman Victoria Belmonte (8 kills, 2 blocks) sparked a 6-1 run, from which New Trier never recovered.

Fittingly, Reid finished off the sectional win with her 20th kill, sending the Vikings to the Lake Zurich Supersectional, where they will battle Barrington on Friday, Nov. 5.

Six seniors graduate from the program and left their mark on Hsieh.

“They really worked hard for the team,” she said. “I think we have many selfless players who really worked hard to make adjustments to what our personnel needed. I’m really proud of the way these seniors were able to step into various different positions to benefit our team.”